In a five-part Embedded podcast series this summer, NPR’s Kelly McEvers does a deep reporting dive into the life, work and legacy of Senate Majority Leader Mitch McConnell. 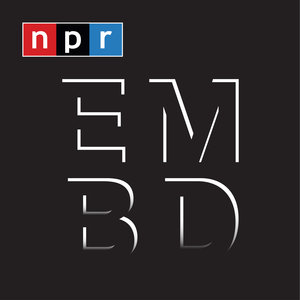 This fall, McEvers and special guests are coming to McConnell’s hometown of Louisville for a special live conversation about what they found in their reporting and how they got there  — placing McConnell’s local story into a national context.

McEvers and guests will be at the Bomhard Theater at the Kentucky Center on Friday Nov. 1 at 7:30 p.m. (doors open at 7 p.m.). Tickets will be available at KentuckyCenter.org on Friday Aug. 23 at 10 a.m. for $30, or $50 for a VIP ticket that includes a meet-and-greet with the Embedded team and post-show reception at the venue. Members of Louisville Public Media can buy discounted tickets.

“We spent some time in Louisville reporting this series and we are super excited to come back and join our friends at Louisville Public Media to share what we found and have lively discussions!” McEvers said.

Kelly McEvers is a two-time Peabody Award-winning journalist and former host of NPR’s flagship newsmagazine, All Things Considered. She spent much of her career as an international correspondent, reporting from Asia, the former Soviet Union, and the Middle East. She is the creator and host of the acclaimed Embedded podcast, a documentary show that goes to hard places to make sense of the news. She began her career as a newspaper reporter in Chicago.

Special guests will be announced at a later date.