Marcy Tate grew up in southwest Virginia in a coal mining family.

In 2003, her father-in-law passed away from what Tate believed to be black lung disease, though he wasn’t diagnosed. Around the same time, her father started showing the same familiar symptoms of shortness of breath, mucus, and wheezing.

She knew she had to act.

At the time, treatment for the deadly and preventable occupational disease was limited to inhalers and supplemental oxygen, or lung transplants for certain eligible patients.

Tate was working in pharmaceutical sales at the time, so she knew some pulmonologists. Tate asked around until she discovered pulmonary rehabilitation, a form of treatment known to help sufferers of chronic lung diseases.

Tate said she spent 10 years experimenting with her father to find what worked for black lung and specifically what kind of therapy would fit for coal miners.

“I used my daddy as my guinea pig,” she admitted with a giggle.

In 2013, she opened New Beginnings Pulmonary Rehabilitation, Inc., in Norton, Virginia. Amid an epidemic surge of black lung cases in central Appalachia, her clinic is offering a new approach, and some new hope, that miners coping with the incurable disease can reduce their suffering and improve their quality of life.

Tucked inside a larger medical center, the clinic offers medical care and classes to disabled coal miners. The classes involve cardiovascular and strength training, but there’s more than what meets the eye.

Tate greeted participants with hugs and jokes as they shuffled into the fluorescent-lit exercise room. Some men toted canisters of oxygen, some struggled to breathe through a normal conversation.

According to Dr. Akshay Sood, a pulmonologist at the University of New Mexico, pulmonary rehab involves “a combination of upper and lower extremity exercises, breathing exercises, nutrition education, smoking cessation, and general advice on how to live your life with chronic lung diseases.”

Tate’s team led the group of men through modified exercises on treadmills and stationary bicycles, and routines with light dumbbells. The regimen helps miners regain strength and stamina, and breathe more deeply. Often that means they can engage with their loved ones or take on tasks they otherwise could not.

Pulmonary rehab is his only treatment option because he is ineligible for a lung transplant. Ratliff recently went on a cruise with his family, which he said would have been an impossible feat without the strength he gained at New Beginnings.

Worley Clyde Hill, 81, was the second patient to sign up for New Beginnings. Before the program, repeated bouts of pneumonia left him hospitalized for days or weeks at a time.

“Since I came here, I haven’t had pneumonia,” he said. “I’ve had a little bit of a sniffle, but nothing bad. It’s helped my breathing. And it’s helped my stamina; I don’t give out as quick as I did.”

While former miner Jack Fortner exercised on a stationary bike, his wife Janie Fortner, 61, said the best part of New Beginnings was that Jack felt less isolated and less depressed. “He’s not hateful and grouchy like he was, and that makes a better marriage,” Fortner said with a laugh.

Fortner isn’t alone. Data from Tate’s clinical trial showed that in addition to improvements in oxygen levels and reductions in hospitalizations, participants had, on average, a 60 percent improvement in industry-recognized quality of life standards.

Part of that is due to the social environment of the clinic. “Our guys come together in groups of eight, just like they did in the coal mine,” Tate said. “They’re a team again, they’re a team of eight. They get really bonded.”

Central Appalachia is in the midst of an unprecedented epidemic of coal worker’s pneumoconiosis, commonly called black lung. A multi-year investigation by NPR and Frontline found that federal regulators and industry knew for decades that silica dust, which is increasingly prevalent in Appalachian mines, was far more dangerous than coal dust alone, yet failed to enact appropriate safety measures. Black lung disease is preventable with appropriate workplace safety procedures.

Usually understood as a disease among older miners, black lung also is on the rise among young miners.

In its early stages, black lung may be unnoticeable. But as it progresses, sufferers develop a cough and shortness of breath. As lung capacity decreases, even the smallest task can become unmanageable. This decreased quality of life often leaves disabled miners depressed and isolated.

Sood said black lung is uniquely challenging to treat, in part because most miners live in rural, mountainous areas with little access to medical care. To make matters worse, he said, black lung can mimic a number of other diseases, like asthma or pneumonia.

Tate agrees. “I’ve had pulmonologists tell me they don’t believe coal workers’ pneumoconiosis even exists,” she said. “They said it’s severe COPD brought on by smoking.”

Tate isn’t the only person experimenting with treatments for black lung disease. Jolene Walker, the vice president of operations at Critical Nurse Staffing, said her program was designed for individuals in the rural Hispanic and Native American communities that are afflicted with black lung disease in the Western states. CNS offers in-home, one-on-one pulmonary rehab for miners who live far away from a clinic.

“We’re not trying to compete with brick-and-mortar clinics,” Walker said. “We’re trying to increase the availability of care.”

Walker and Sood, the New Mexico pulmonologist, are both involved in Project ECHO, a telemedicine program that helps medical teams share knowledge across disciplines and distances to help clinics that aren’t specifically designed for black lung’s unique challenges. The program currently connects pulmonology teams in 14 states, including Kentucky, Ohio, and West Virginia. 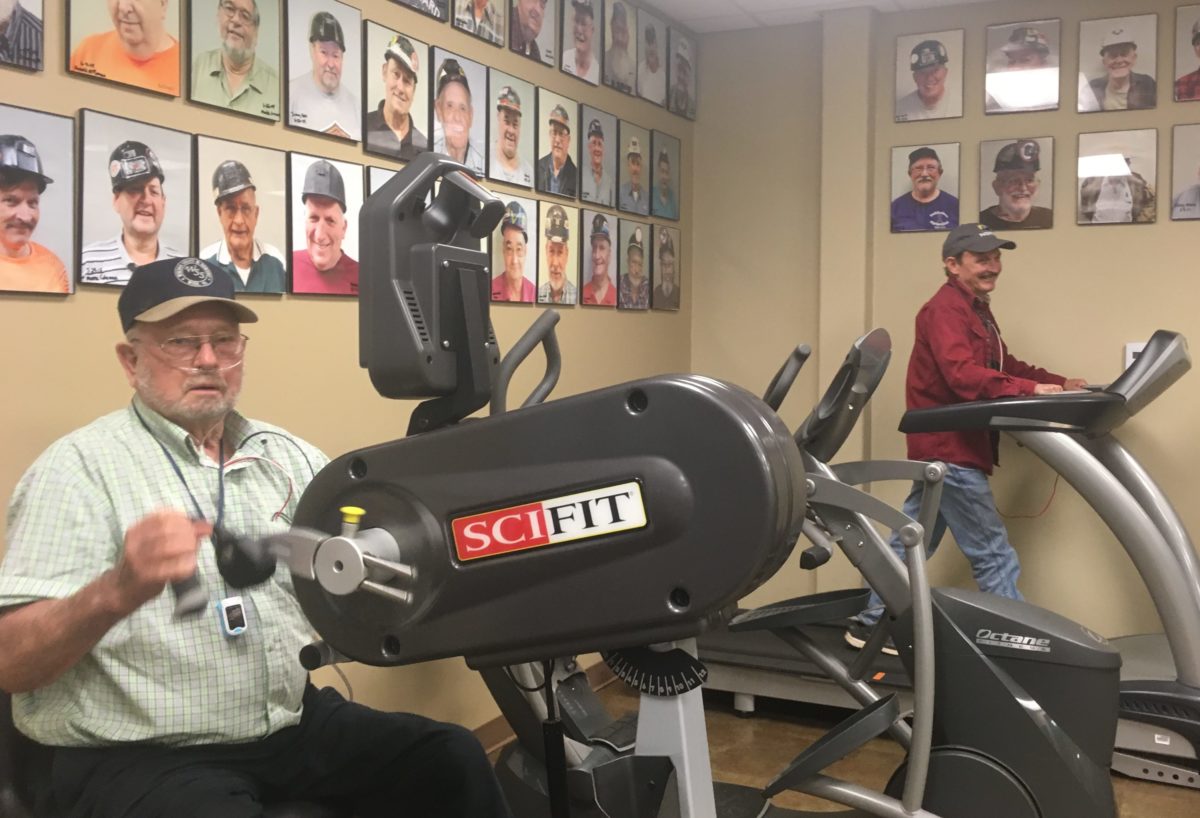 “Data supports that pulmonary rehab is the main treatment modality that actually makes a difference, that improves quality of life,” Walker said. “But pulmonary multidisciplinary teams are decreasing. So we’re trying to educate through telemedicine resources in these areas.”

Demand is high. Walker’s in-home model had a high retention rate, and within a year of its opening, New Beginnings’ Norton facility was at capacity. Tate opened a second clinic in South Williamson, Kentucky, and three more in the region in quick succession. She has plans for two more.

Tate said she believes her clinics are doing well in part because of the social nature of the program. Miners often got so bonded that they visited one another in the hospital, she said.

There is no cure for black lung. But with the ties built at New Beginnings, its sufferers are not quite so alone.