The low rumble of industrial fans fills the Catholic Action Center in Lexington, a shelter that provides meals and other services for homeless people.

It’s mid-morning on a hot July day and dozens of people sit camped on couches in the entryway, or slouch at tables nearby. Despite the fans the air is stale from too many bodies too close together — ideal conditions for the spread of disease.

The region’s Hepatitis A outbreak is approaching 2,000 confirmed cases in the Ohio Valley, with the bulk of them in Kentucky, Ohio and West Virginia. Health officials say the number of undiagnosed infections is likely far higher.

The homeless are among the hardest hit. Shelter co-founder Ginny Ramsey is determined to keep Hepatitis A out. 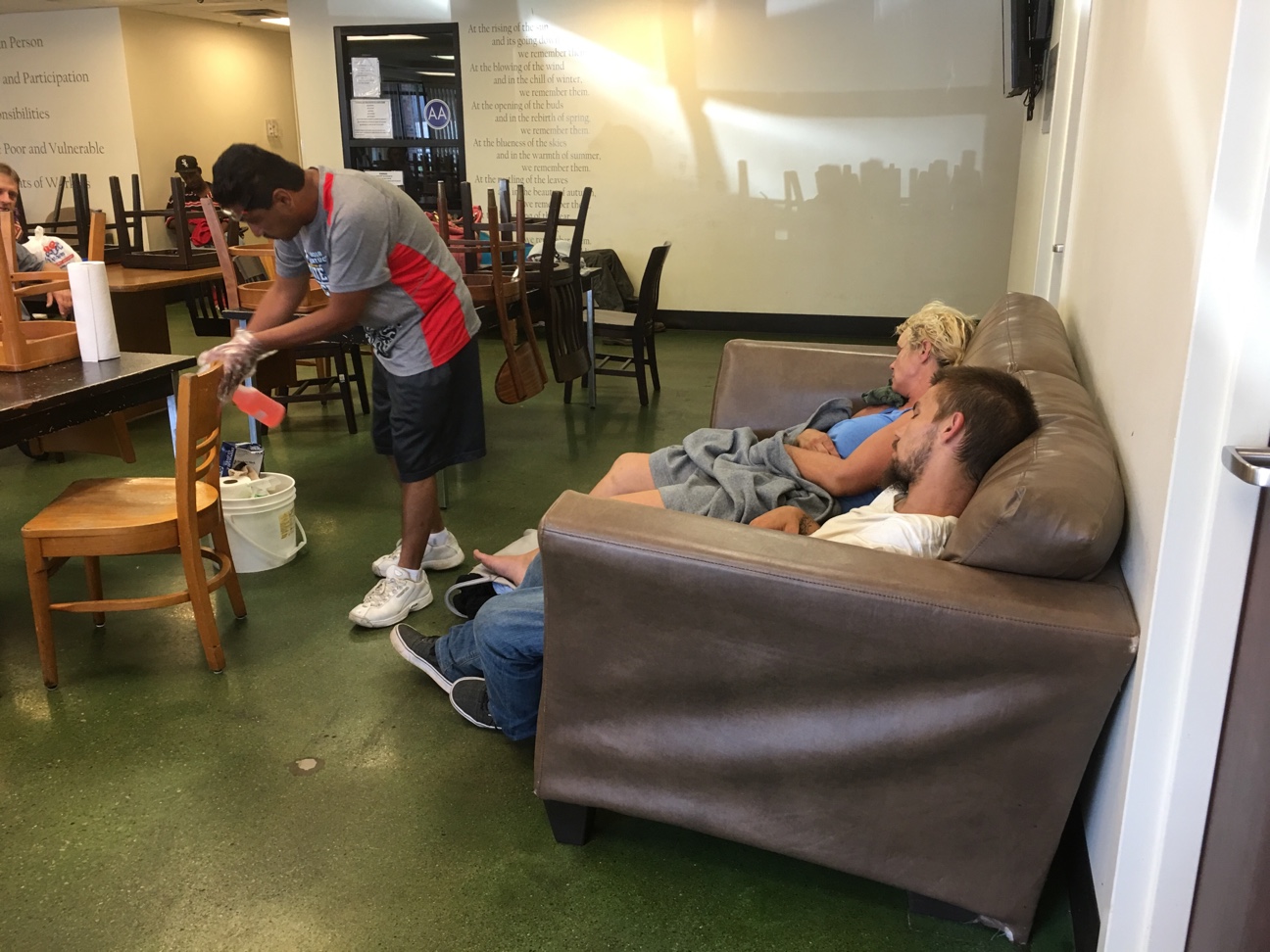 Just days after learning of the first case of Hep A case in her in county, Ramsey secured a $5,000 donation to vaccinate all of the shelter’s clients.

“We realized that we were going to make some efforts to make sure people were immunized,” Ramsey said.

Soon, clients staying overnight at Catholic Action Center will need to get a Hep A vaccine.

Ramsey is also putting extra focus on hygiene. The virus can linger on an unsanitized surface for months. Each week clients volunteer to do a chore to contribute to the community. One of the jobs added in March is sanitizing every shared surface.

Client Erick Mauricio puts on gloves and starts spraying. He carries a bucket with three spray bottles and some paper towels. He moves across the building wiping, chairs, door knobs, anything someone might idly touch while walking down a hall.

The center was built for 130 people so it is a big job and can take up to three hours.

“I don’t mind,” Mauricio said. “I just want to make sure that nobody will catch nothing and I don’t catch nothing.”

Hepatitis A often makes the news when there is an outbreak associated with a restaurant or the food supply. Health officials have said the outbreak that has now spread across the Ohio Valley is more concentrated among the homeless and those addicted to drugs.

Ramsey is quick to point out that food service work and homelessness are not mutually exclusive.

“We do have a lot of people who do that, about 40 percent of our clients have full-time jobs,” she said.

The outbreak is pushing those who work with the most affected populations to take more actions to slow the spread of infection. And it is raising questions about how our class and income divisions contribute to the spread of an infectious disease.

The region’s outbreak has been concentrated in Louisville which has confirmed 540 cases. Since last fall Hep A has moved across Kentucky and into neighboring states. Ohio has had 137 infections and there have been 626 cases in West Virginia. 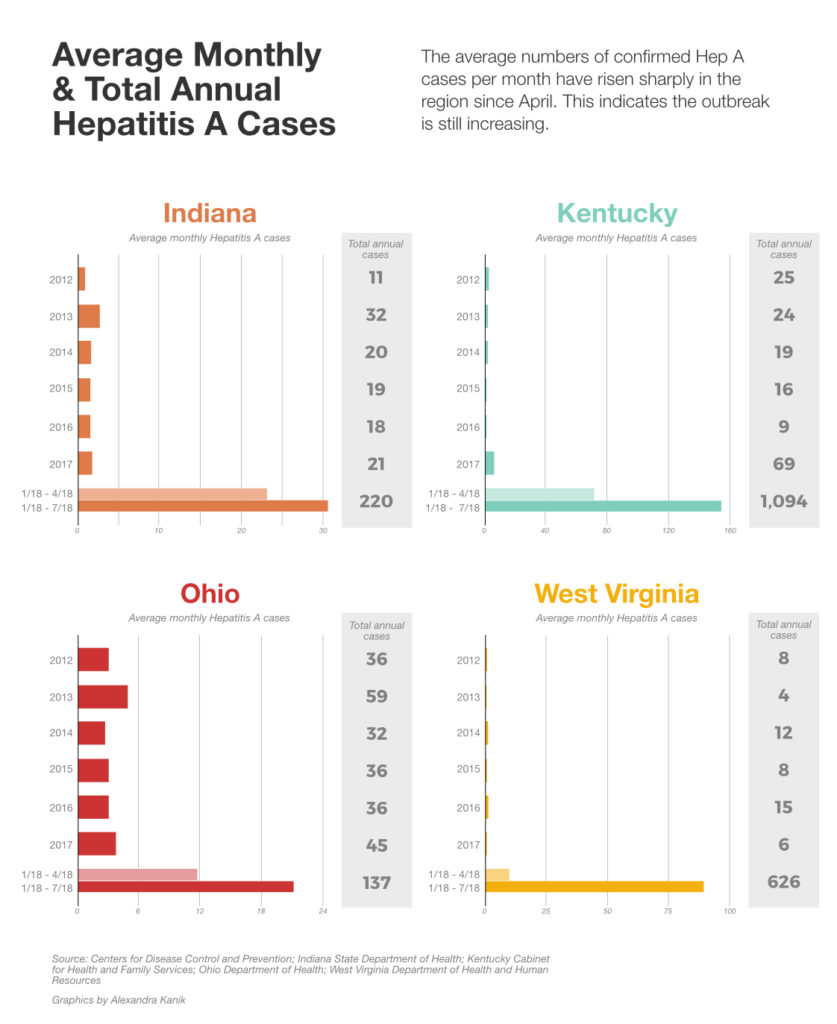 Kentucky health officials say food workers make up fewer than 4 percent of the cases. But the risk of food-borne transmission gets attention. The recent infection of food preparation workers in Boyd County, Kentucky, prompted health officials there to mandate vaccination of all food service employees in the county.

Jace Stickdorn is managing director of the Platinum Corral, a franchise owner of several Golden Corral restaurants in the Ohio Valley. Like Ramsey, his restaurant company decided to be proactive.

“The thought was, as a company, let’s get out in front of this,” he said. 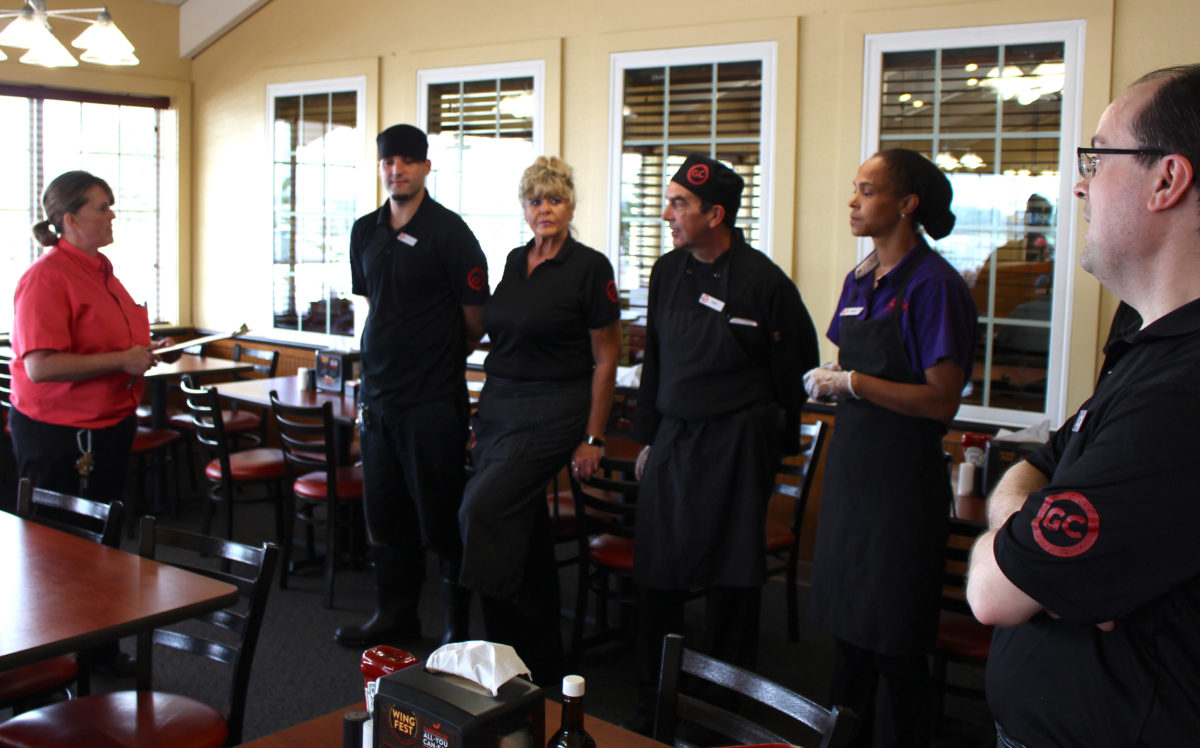 A team meeting on sanitation for staff at a Golden Corral restaurant in Ohio.

Stickdorn said all employees at 11 restaurants in Kentucky, Ohio and West Virginia have been vaccinated and new policies are reviewed daily.

Recently employees at a Golden Corral in Lancaster, Ohio, got their daily reminder from a manager to wash hands and surfaces often.

“Drown the germs,” she said. “Wash your hands with soap and water up to the wrist.”

Stickdorn said these preventative measures make business sense. He knows of another company’s restaurant that lost 70 percent of its customers after a Hep A infection was linked to the business.

Stacy Roof, president of the Kentucky Restaurant Association, said more businesses are offering Hep A vaccine to employees by working with local health departments to bring the vaccine into the restaurant. In some cases, the vaccine is available at a subsidized cost to the businesses. Roof said that makes the access easy and encourages participation.

Stickdorn said all of his employees from now on will need to be vaccinated.

“If you are going to work in the foodservice industry, it’s going to be a trend,” he said. 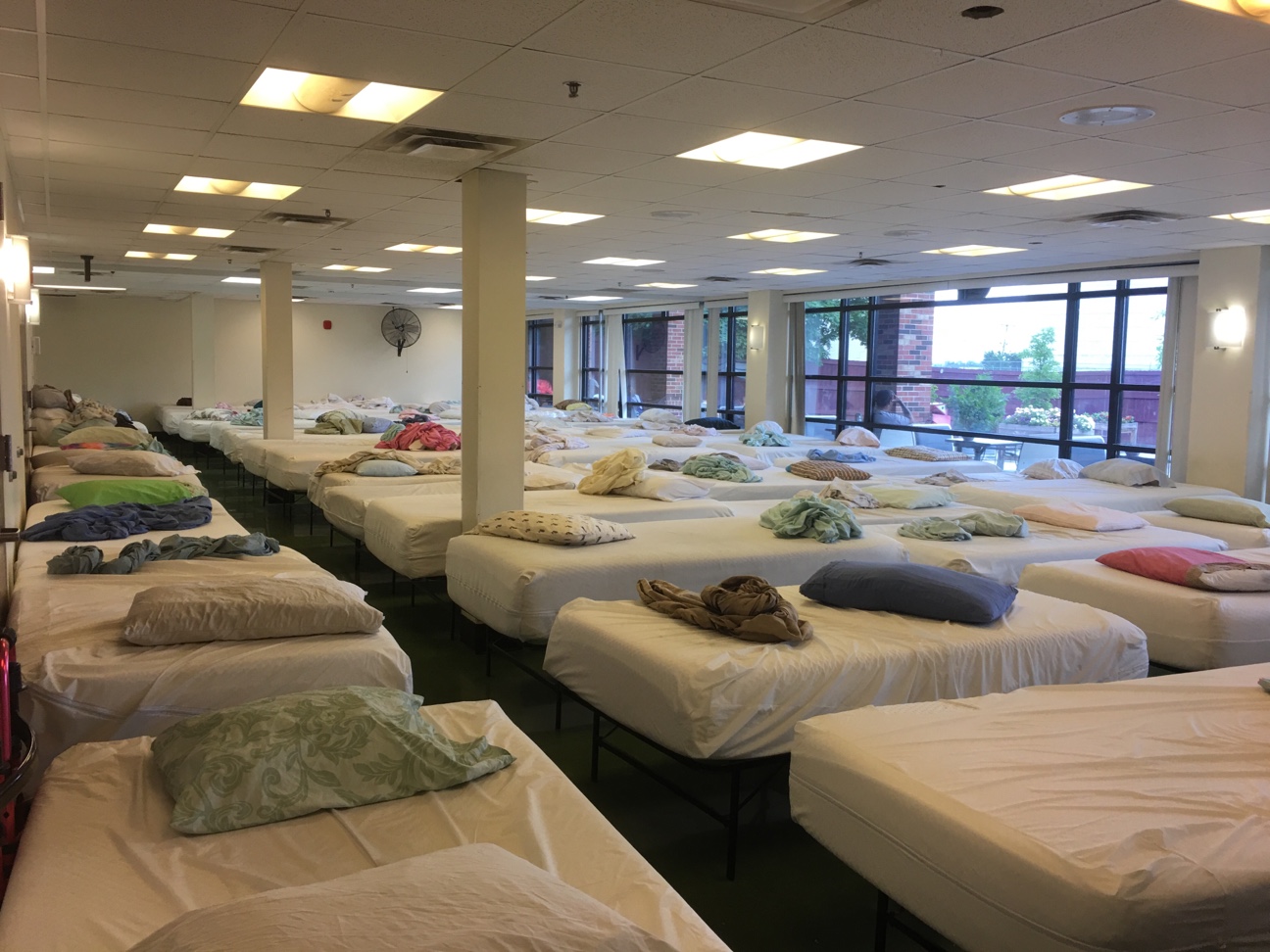 Catholic Action Center in Lexington opened last year with 134 beds. It is already over capacity.

Dr. Matthew Zahn is an infectious disease specialist based in California where he watched a Hep A outbreak flair in 2016 before fading this spring. Now, he said, the same strain of the disease has traveled into seven other states.

“You just have to recognize when you have hundreds of people who are developing Hepatitis A, the world doesn’t fit neatly into cylinders that way,” he said.

The virus doesn’t care about social class or state lines, Zahn said. That is likely to become more apparent as the numbers of infections continue to rise across the Ohio Valley.