Tens of thousands of retired coal miners and their families in Kentucky, Ohio and West Virginia face another deadline on expiring healthcare benefits and pensions. A temporary extension Congress funded late last year expires in April.

A regional Senate Republican and Democrat have offered competing bills to address the issue. The two measures differ sharply in the support offered for miners’ benefits and in the strings that would be attached to the funding.

West Virginia Democratic Sen. Joe Manchin has reintroduced the Miners Protection Act with bipartisan support. The bill, which would include protections for health benefits and pensions for miners, was approved by the Senate Finance Committee last year but did not get a full floor vote before the end of the session.

Many miners blamed Senate Majority Leader Mitch McConnell, of Kentucky, for that delay. McConnell has denied that and has now offered an alternative bill. McConnell’s proposal would fund only health benefits, not pensions, and would tie that funding to other changes in environmental regulations affecting coal mining.

“My legislation calls on Congress to work with the incoming Trump administration to repeal regulations that are harming the coal industry,” McConnell said in a floor statement.

McConnell said regulations on damage from mining and pollution from burning coal have raised costs, making coal less attractive as a fuel source. Most industry analysts, however, say market forces and cheaper natural gas have been greater factors in coal’s decline.

United Mine Workers president Cecil Roberts supports the Miners Protection Act reintroduced by Manchin. In a statement, the UMWA said that while the union “appreciates very much” McConnell’s support for miners’ health benefits, “we need to preserve their pensions as well.”

Groups working on both labor and environmental protections are unhappy with McConnell’s bill. Retired miner Carl Shoupe is with the group Kentuckians for the Commonwealth, which focuses on economic justice and environmental issues. He accused McConnell of “playing politics” with miners’ benefits.

“We’re figuring it out that coal is not going to come back, and a lot of us are trying to move on into the 21st century,” Shoupe said.

In order for his community to do that, Shoupe said, miners and their families need the health care and pension benefits they worked for and were promised by the federal government. 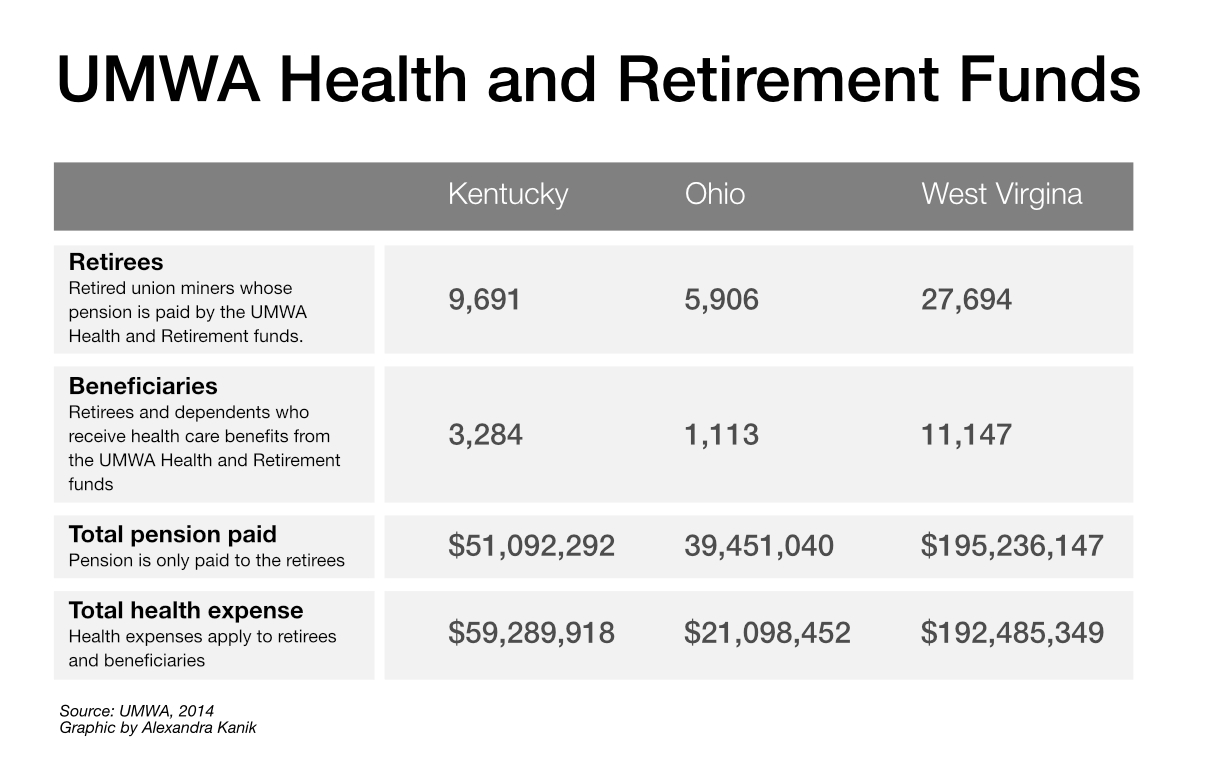 That pledge of “cradle-to-grave” health and retirement benefits dates to a deal Congress struck in order to settle a national coal strike in 1947. The agreement used royalties on coal production to create a retirement fund for miners and their dependents in cases of sickness, disability, death and retirement.

That legislation has been renewed at various times over the years. Now, with many mining companies in bankruptcy and coal production in sharp decline, it’s feared that there will not be enough money to fulfill pledges to retirees.

The Miner’s Protection Act seeks to address the potential shortages by tapping the Abandoned Mine Lands fund and redirecting some of the interest on the fund in order to safeguard pensions and benefits.

Two-thirds of Ky. counties remain at high risk for COVID