We meet Bilott, played by Mark Ruffalo, as a young corporate defense lawyer living in Cincinnati. His grandmother, who lives in Parkersburg, West Virginia, gives his phone number to local farmer, Earl Tennant. Tennant lives next to a landfill where DuPont had been dumping a chemical called C8. 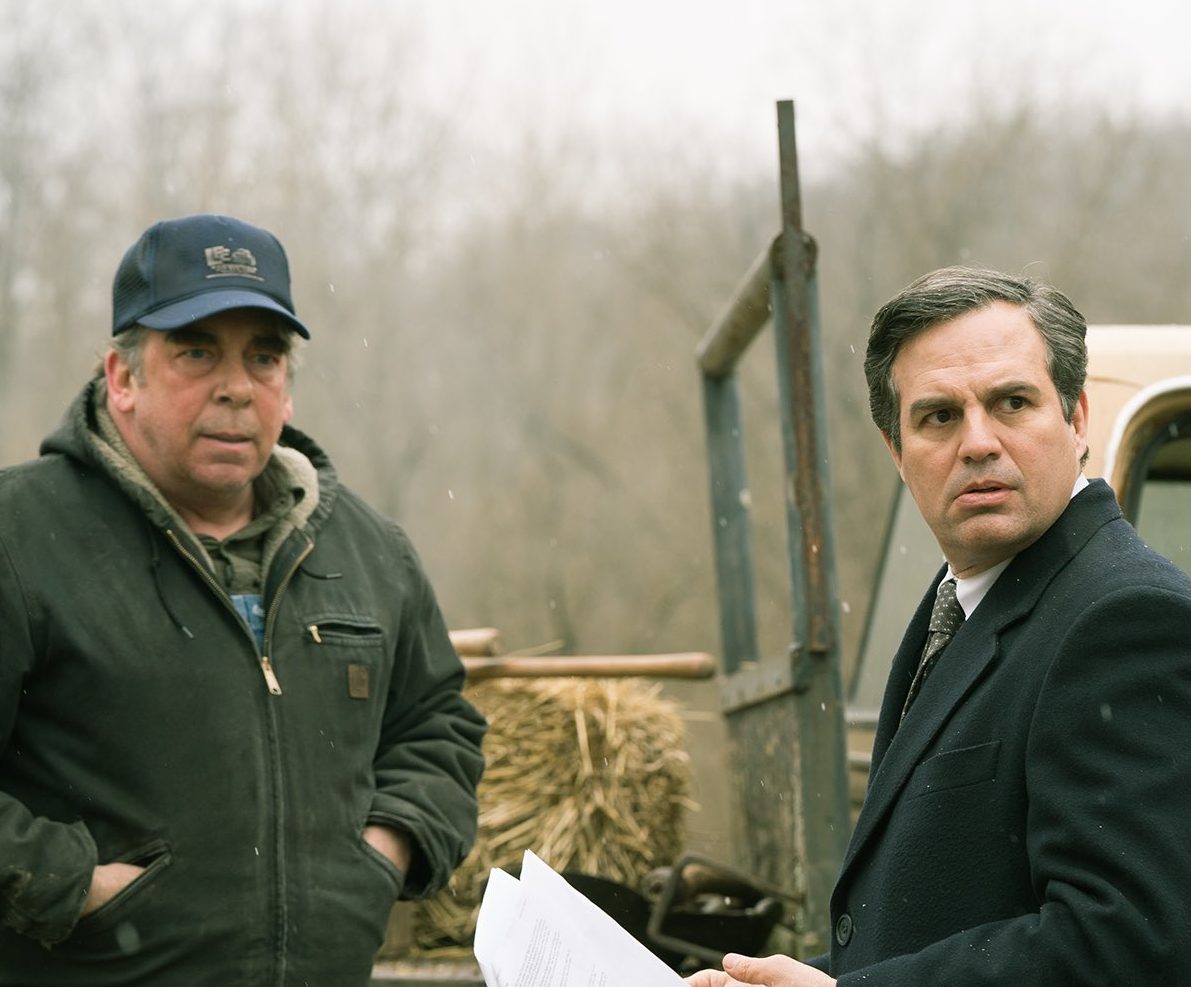 Actor Mark Ruffalo in a film still from “Dark Waters.”

In a scene from the film, Tennant, played by actor Bill Camp, shows Bilott around his farm, where his cows are dying.

Bilott, with the begrudging blessing of his law firm Taft Stettinius & Hollister, LLP, takes the case as a “small” favor for a family friend.

Over the course of the next two decades, documents released by DuPont during litigation would reveal that C8, or PFOA, a completely unregulated chemical, was toxic. The company had known this for decades, feared it was poisoning workers, and yet continued to dump the chemical into the Ohio River and air around its plant in Parkersburg without alerting the community or the U.S. Environmental Protection Agency.

Bilott’s fight in the Ohio Valley introduced America to PFOA and its related class of chemicals called PFAS. They’ve been used in everything from pizza boxes to flame-retardant foam sprays and in nonstick and stain-resistant products like Teflon. The film comes as new testing reveals widespread contamination of water systems in the region and regulators and lawmakers consider new rules on exposure to these toxic chemicals.

As concern about PFAS exposure grows Ohio Valley officials are stepping up efforts to identify the extent of contamination of water supplies.

Kentucky regulators recently released results of 81 water system tests around the state. Half tested positive for PFAS compounds. In about 82 percent of those samples, researchers found levels under five parts per trillion, much lower than EPA’s 70 parts per trillion health advisory issued in 2016. 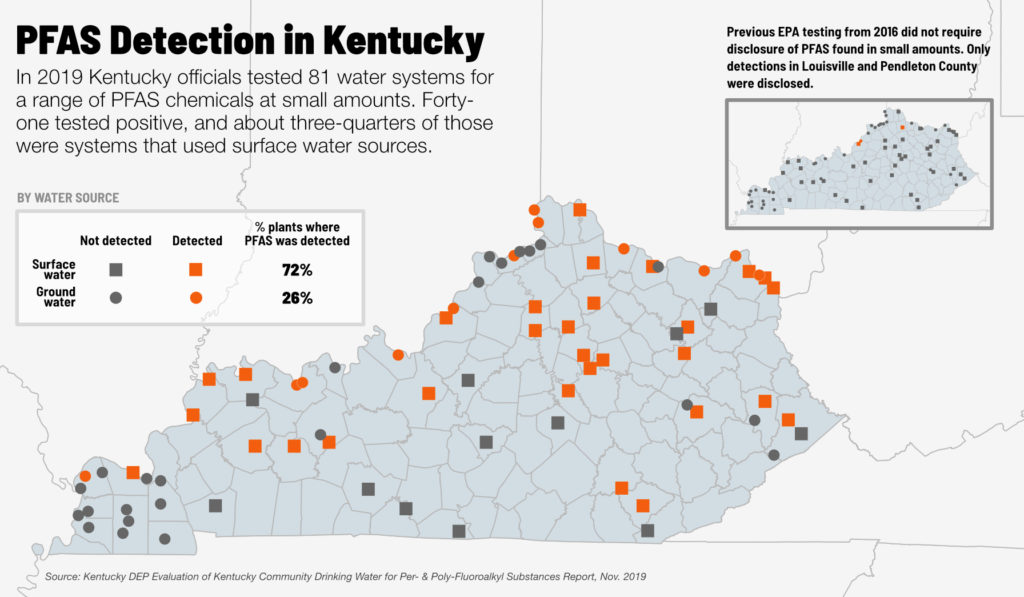 However, it is higher than the health standards set by a handful of states for these chemicals, and some researchers believe 70 parts per trillion is not protective of human health. A recent study by the National Institute of Environmental Health Sciences suggests that safe levels of PFAS chemicals are as low as .1 to 1 parts per trillion.

Upriver lies the Washington Works Plant, formerly owned by DuPont and now operated by its spinoff company Chemours. The plant for decades produced PFOA to make Teflon. Chemours now uses it to produce other chemicals using another PFAS compound, GenX.

The more recent testing by states reveals far more contamination than did earlier testing conducted to meet the EPA’s requirements under the agency’s Unregulated Contaminant Monitoring Rule. That rule did not require testing for as many of the PFAS compounds, and did not require public disclosure of PFAS detections at low levels. For example, under that testing regimen, only two Kentucky communities were identified in 2016 as having PFAS compounds in drinking water. This raises questions about whether water customers have received adequate notice about PFAS chemicals in their water.

Ohio in September announced it would begin monitoring water systems near known contamination sites. In recent years, a growing number of communities have detected PFAS in their drinking water. Many U.S. military bases, where PFAS-laden firefighting foams were used, have measured high levels of contamination.

These so-called “forever chemicals” don’t break down in humans or the environment due to the strength of their carbon-fluoride bond. It’s what makes PFAS chemicals highly effective at repelling water and oil.

A growing body of research shows that same characteristic makes these chemicals toxic in humans.

Bilott won a $670 million settlement with Dupont over its undisclosed contamination of the drinking water of 70,000 residents in West Virginia and Ohio. The outcome of the class action lawsuit also funded a 70,000-person health study into the effects of PFOA exposure. That allowed an independent panel to link exposure to six diseases including thyroid disease and testicular and kidney cancer.

“This is one of those rare circumstances where the community came together actually got the human studies done and actually was able to confirm, you know, that this chemical was causing harm,” Bilott said, speaking at a recent event hosted by the Washington Post Live. 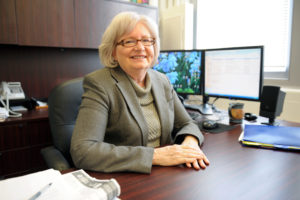 Susan Pinney at her desk.

Susan Pinney, a professor at the University of Cincinnati Department of Environmental Health at the College of Medicine, said the C8 study was incredibly important in understanding how exposure to these chemicals is affecting humans.

“They made a huge contribution to our understanding of health effects of PFOA,” she said.

While more states are seeking and finding evidence of PFAS contamination, guidance from federal regulators on at what level exposure to the chemicals is safe has not been finalized.

Recognizing growing concern, in February the agency announced it would take a series of actions to address the widespread contamination of fluorinated PFAS chemicals. The “PFAS Action Plan” included a commitment by EPA to set legally-enforceable drinking water standards, or Maximum Contaminant Levels, for PFOA and PFOS. EPA said it would also move forward with listing PFAS as hazardous under the Superfund law, which would make federal funding available for costly cleanup efforts.

Critics have questioned the agency’s expansive timeline for taking action. Documents have also emerged that show in-fighting between federal agencies over how best to regulate PFAS chemicals.

A report released last year by the Agency for Toxic Substances and Disease Registry, found PFAS chemicals can endanger human health at levels 7 to 10 times lower than the EPA says is safe. The Pentagon has questioned the price tag of regulatory action. The agency weakening EPA’s draft cleanup requirements for the chemicals. Last month a top defense official ignored the EPA guidance, instructing the military to use screening levels 10 times higher than EPA recommended when looking for the chemicals at its sites, according to reporting by Poltico.

The inaction has angered environmental advocates and some members of Congress. The House Oversight Committee’s Subcommittee on Environment has held four hearings on PFAS chemicals. Dozens of bills related to PFAS are snaking their way through both the House and Senate among debate about whether there is sufficient science to regulate the chemicals. One measure would add to the 2020 defense spending bill to speed up EPA’s timeline and regulate the entire class of PFAS chemicals.

“We need government to save people’s lives by protecting them from dangerous chemicals,” said Committee Chairman Rep. Harley Rouda from California at the latest hearing. “They did not know they were drinking and wouldn’t have drunk if the truth had not been shrouded by them from corporations that knew for decades how toxic these chemicals were, and are.”

While Republicans have said they broadly agree more needs to be done about PFAS contamination, some members have also attacked Bilott’s use of litigation against DuPont and questioned whether the science is sufficient.

“We should be careful about taking any sweeping actions that could have the unintended consequence of negatively impacting a broad segment of the economy, including public entities like hospitals and airports,” Rep. James Comer, a Republican from Kentucky and ranking member of the subcommittee testified. “Any legislative or regulatory actions we consider should be based on solid scientific understanding of the toxicity of specific compounds.” 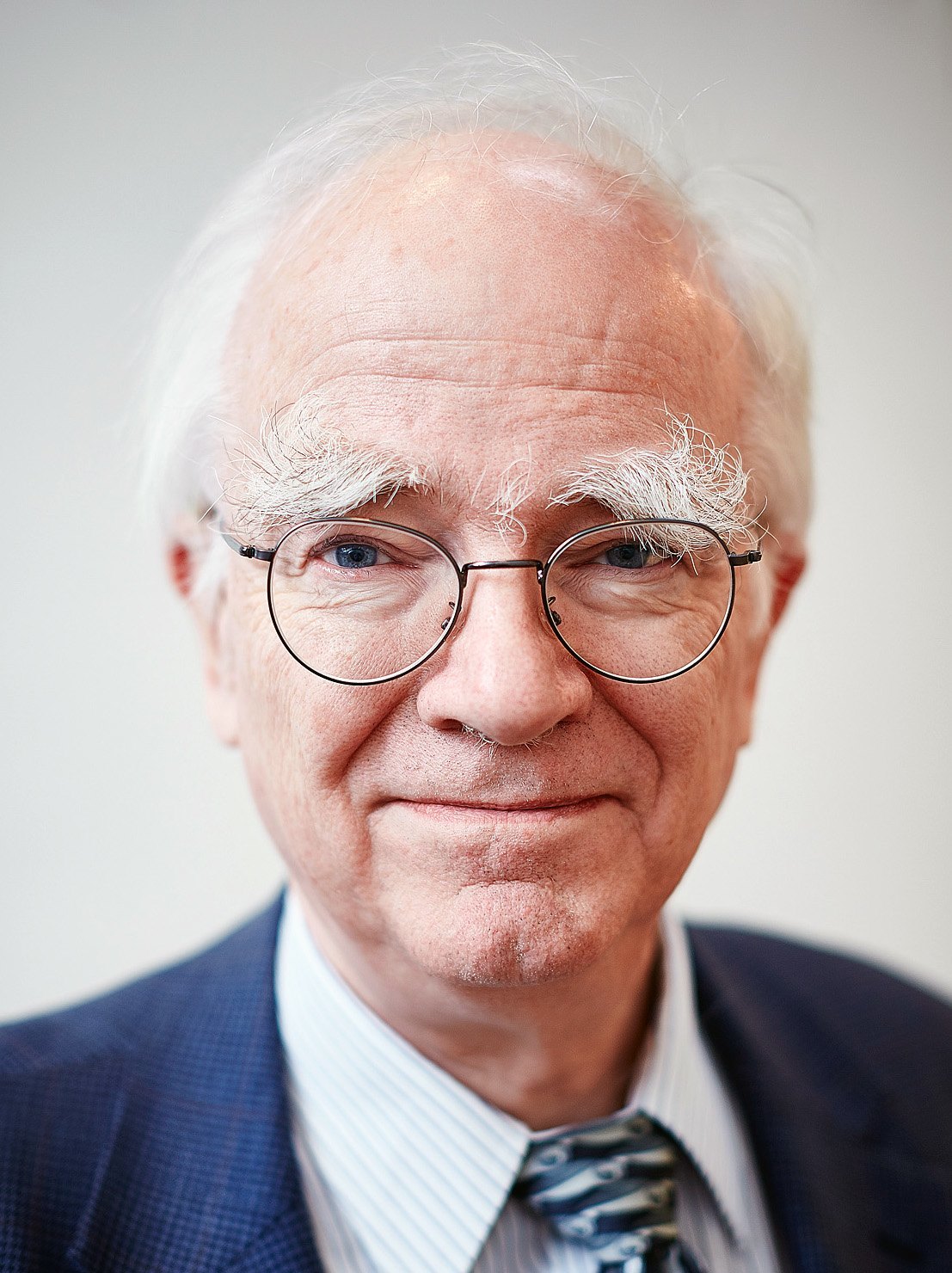 Philippe Grandjean, an adjunct professor at Harvard University who has spent his career studying the ways pollution impacts children, including PFAS chemicals, said there is ample evidence.

“The science is very strong and the public health consequences are really serious,” he said.

In addition to the six diseases linked by the Ohio Valley C8 study, he said other research has shown vaccines might not be as effective in children with high levels of PFAS exposure.

Pinney at the University of Cincinnati characterized the science as “emerging,” but said new findings are showing similar, worrisome trends. She said it will likely take time for new research to be incorporated in the regulatory process.

But at the same time, Pinney said, she expects a growing number of municipalities will begin testing and finding PFAS in their drinking water.

“To me where we’re at right now, we’re soon going to find that there are a whole lot more communities with exposed people than anyone thought,” she said.

While EPA determines what level of exposure is safe, a handful of states, including New York, New Jersey, and Vermont, among others, have adopted drinking water standards for some PFAS chemicals much stronger than EPA’s health advisory.

Over the last few years, DuPont and other companies have phased out the manufacture of PFOA and PFOS.

However, replacement chemicals including GenX, which is manufactured by DuPont’s spinoff company, Chemours, have been found widely in the Cape Fear watershed in North Carolina. GenX is used at the Dupont facility near Parkersburg in the manufacture of fluoropolymers.

Earlier this year, EPA cited Chemours for releasing chemicals used to make GenX into the environment at both its North Carolina and West Virginia plants.

Bilott has remained focused on PFAS chemicals and he said the ongoing GenX contamination shows the need for strong regulation.

“It just shows you almost kind of what a whack-a-mole game we’re dealing with here,” he said. “As the information’s finally coming out about one of these, there’s the switch to another one that’s slightly different. So, we’ve got to really focus on this broad class of chemicals and deal with all in a comprehensive way.”

In a statement, DuPont said the film “misrepresents some things that happened years ago” and in some cases depicts “wholly imagined events.” 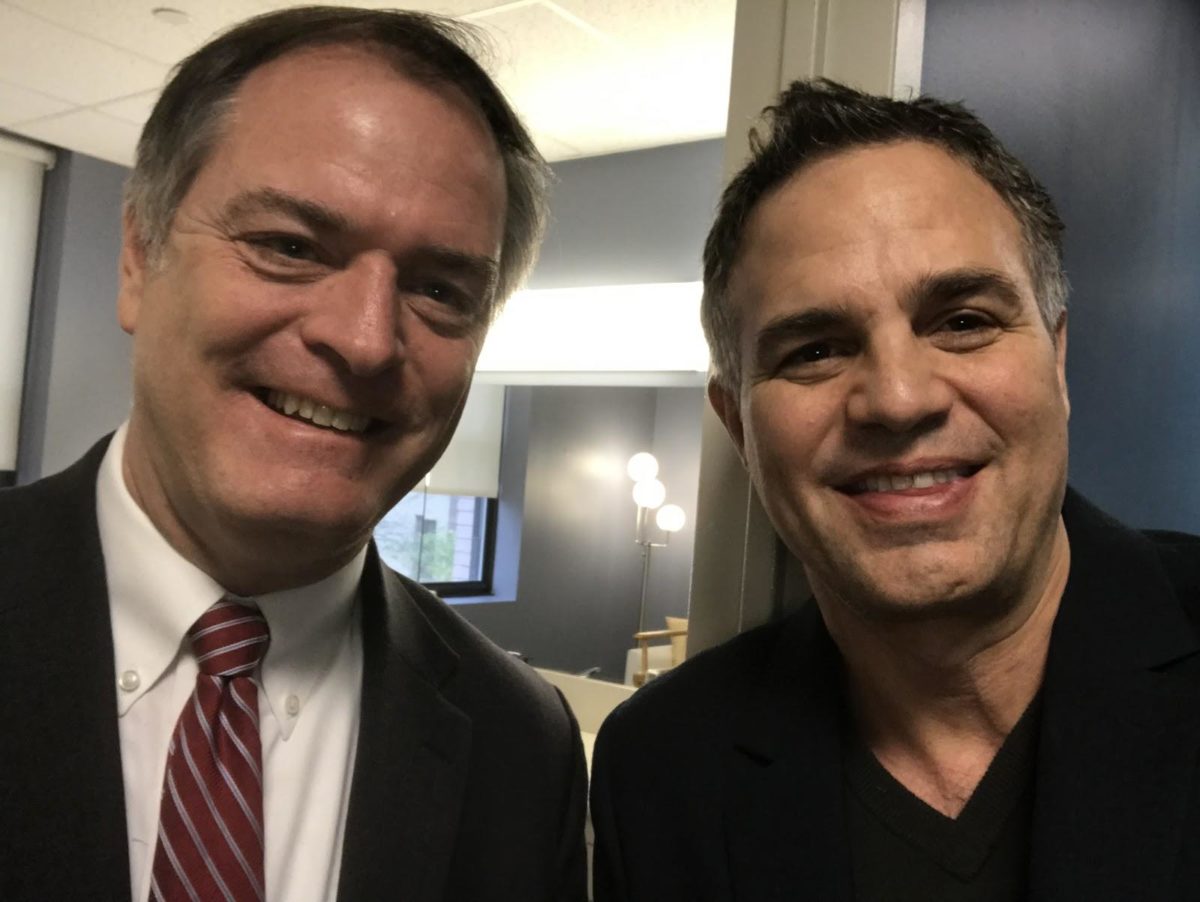 Bilott, who has spent years embroiled in internal documents released by DuPont, said he thinks the facts speak for themselves.

“It is now in the blood of everyone. It’s in water all over the planet. I mean, these are facts,” he said. “And the story, I think people can see for themselves and they can judge for themselves exactly what really happened. And you know where the truth really is here.”

Bilott has filed a second class-action lawsuit against eight chemical companies on behalf of everyone in the U.S. who has PFAS chemicals in their blood. A judge in late September rejected the companies’ motion to dismiss the case and ruled it can proceed.