Facing Second Lawsuit From Feds, Justice Coal Companies File Suit Of Their Own

In apparent anticipation of a federal lawsuit seeking recovery of overdue penalties, coal companies owned by the family of West Virginia Gov. Jim Justice have filed a lawsuit of their own against federal surface mining regulators.

The suit, first reported by WV MetroNews, is an apparent preemptive strike against the federal government, which is preparing to sue the companies over unpaid fines associated with more than 100 environmental and reclamation violations at mines in West Virginia, Virginia, Tennessee, and Kentucky.

According to the lawsuit, negotiations between officials from the U.S. Department of the Interior’s Office of Surface Mining, Enforcement and Reclamation, or OSMRE, and the Justice companies, including the governor’s son, Jay Justice, to settle unpaid fines abruptly fell apart earlier this month. 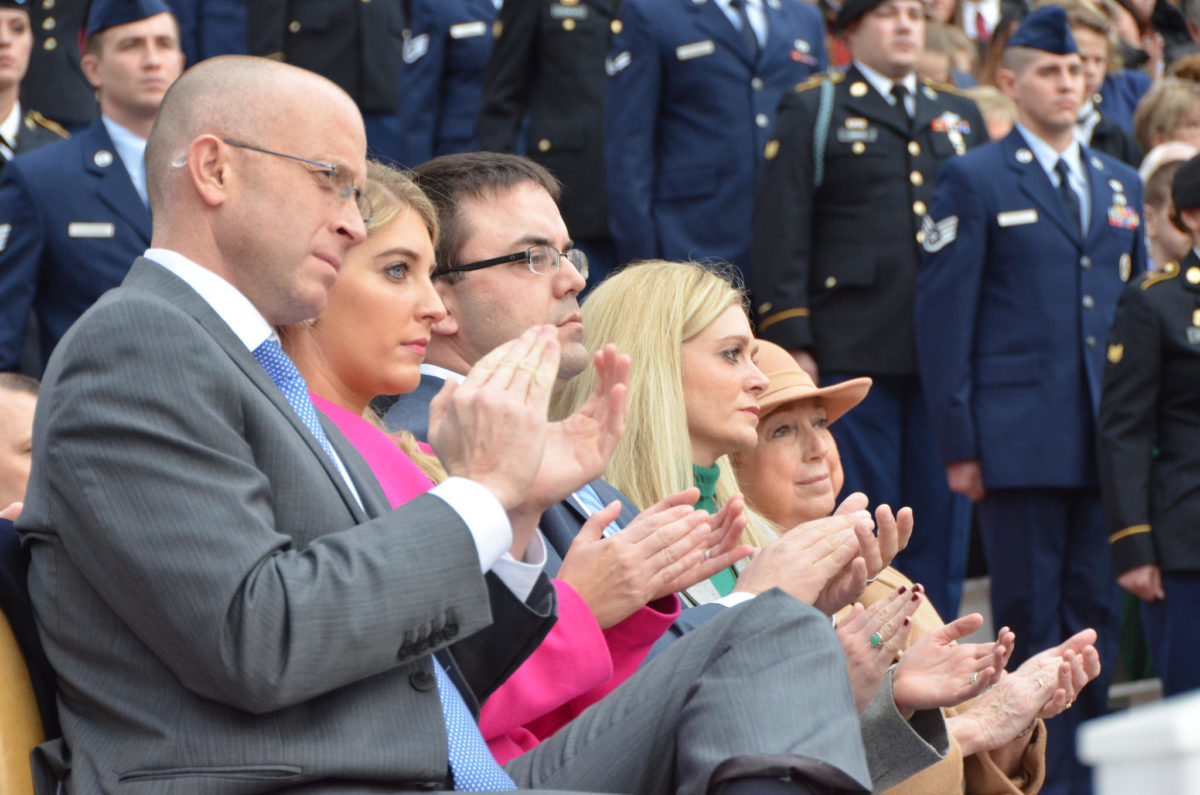 James C. Justice III, left, watches his father’s inauguration as governor. He has assumed control of some Justice family companies.

Two weeks ago, another federal mining regulatory agency, the Mine Safety and Health Administration, or MSHA, and U.S. Department of Justice filed a civil lawsuit against 23 coal companies owned by the Justices, seeking more than $4.7 million in unpaid fines and fees for mine safety and health violations.

The Justice companies contend the civil lawsuit by MSHA and the Justice Dept. was surprising, and argue in the newly filed litigation that it may have pushed officials at the OSMRE to back away from a proposed $250,000 settlement agreement.

However, in a May 15, 2019, letter to lawyers representing the Justice companies that was included in the lawsuit, John Austin, the field solicitor in the Interior Department’s Knoxville office, wrote that the believed settlement, and any settlement over $100,000, could not be approved without approval from the Justice Dept.

“Therefore, notwithstanding your clients’ assertion about a deal they believe they made with OSMRE, there is not nor has there been an authorized agreement with the United States to settle the monetary debts of your clients for $250,000.00, or for any other amount,” Austin wrote.

The lawsuit describes a month-long effort by representatives from the Justice companies to settle fines from more than 100 violations at Justice mines dating back to 2017 as well as fines assessed against Jay Justice personally. The dollar amounts of the fines associated with the violations were redacted in the lawsuit. 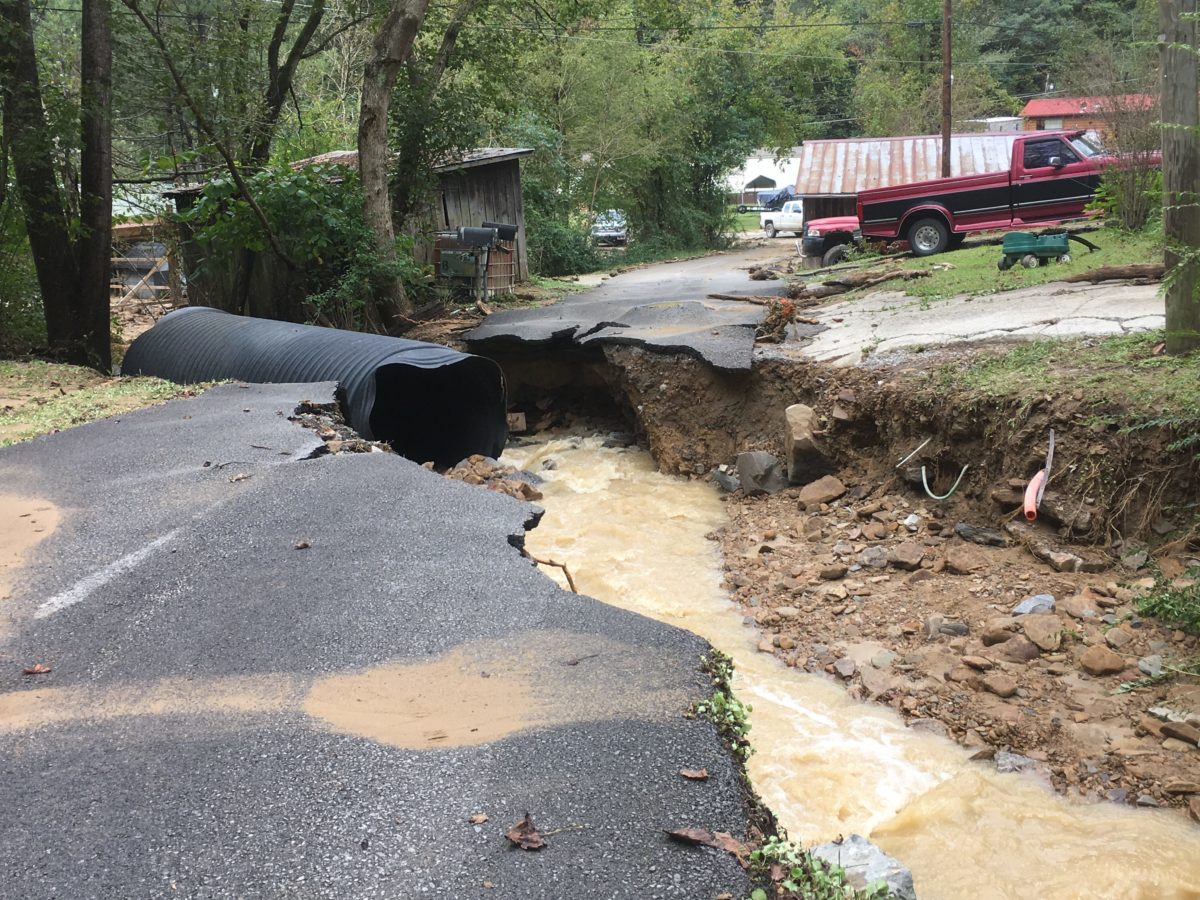 The October flood damage the road near the Thacker house.

Unreclaimed mine lands can present hazards to public safety and property for those living nearby.

For example, a Justice-owned surface mine in eastern Kentucky, Bevins Branch, has repeatedly caused flooding and other damage to residents living nearby, according to state regulatory documents.

In October 2018, floodwaters washed away the road to Elvis and Laura Thacker’s home, located about a quarter-mile downhill from the mine, trapping them inside. A similar June 2016 flood caused mold and about $148,000 in damages.

Despite a history of reclamation violations and complaints by residents, the mine, owned by Justice-controlled Kentucky Fuel Corp., remains the subject of a years-long dispute between the Justice family and regulatory agencies.

Still, last October, OSMRE issued an immediate harm cessation order for the site, and Bevins Branch appears to be one of the mines with unpaid fines included in the new lawsuit. 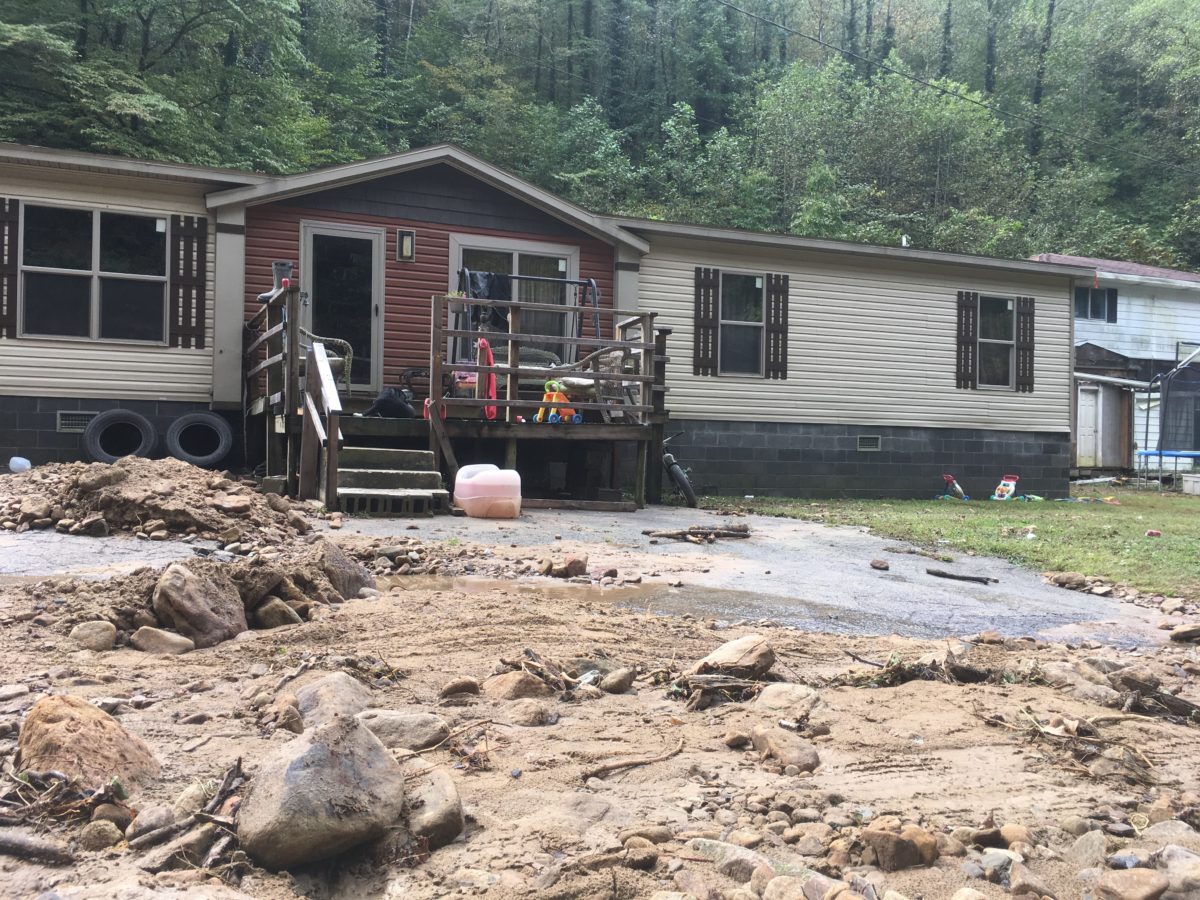 Debris left by flood waters on the Thackers’ property.

According to the suit, on April 8, 2019, Jay Justice and Justice Mining Entities COO Tom Lusk met with Michael Castle, the field office director of the OSMRE Knoxville and Lexington field offices and OSMRE official Mark Snyder in Knoxville.

According to the document, Castle, with OSMRE, said that because the delinquent mines were not currently operational and “the companies are not obtaining any financial benefit through non-compliance” he believed he had the authority to create a settlement agreement.

The group agreed that if the total amount of penalties owed was not reduced below $250,000 after this reclamation work, the Justice companies would pay that amount over a year to satisfy the remaining debt.

Later that day, the parties returned for a second meeting, this time with their lawyers present, including Austin, the Interior Dept.’s field solicitor based in Knoxville. Austin asked the Justice companies to provide collateral that they could satisfy the agreement, to which the Justice companies agreed.

Later, at another meeting, the question of whether the Justice companies would need to provide collateral was left unresolved, according to the lawsuit.

Justice company representatives said they left the April meetings believing an agreement was in place. They said a letter to Austin, sent in late April, inviting him to ask for any additional financial information from the Justice companies, went unanswered.

During that time, the Justice companies said they began doing reclamation work.

“In the week of May 6, 2019, the government’s attitude toward the Justice Mining Entities noticeably soured,” the lawsuit states. That week, MSHA and the Justice Dept. filed suit seeking $4.7 million in unpaid mine health and safety fines from the Justices. 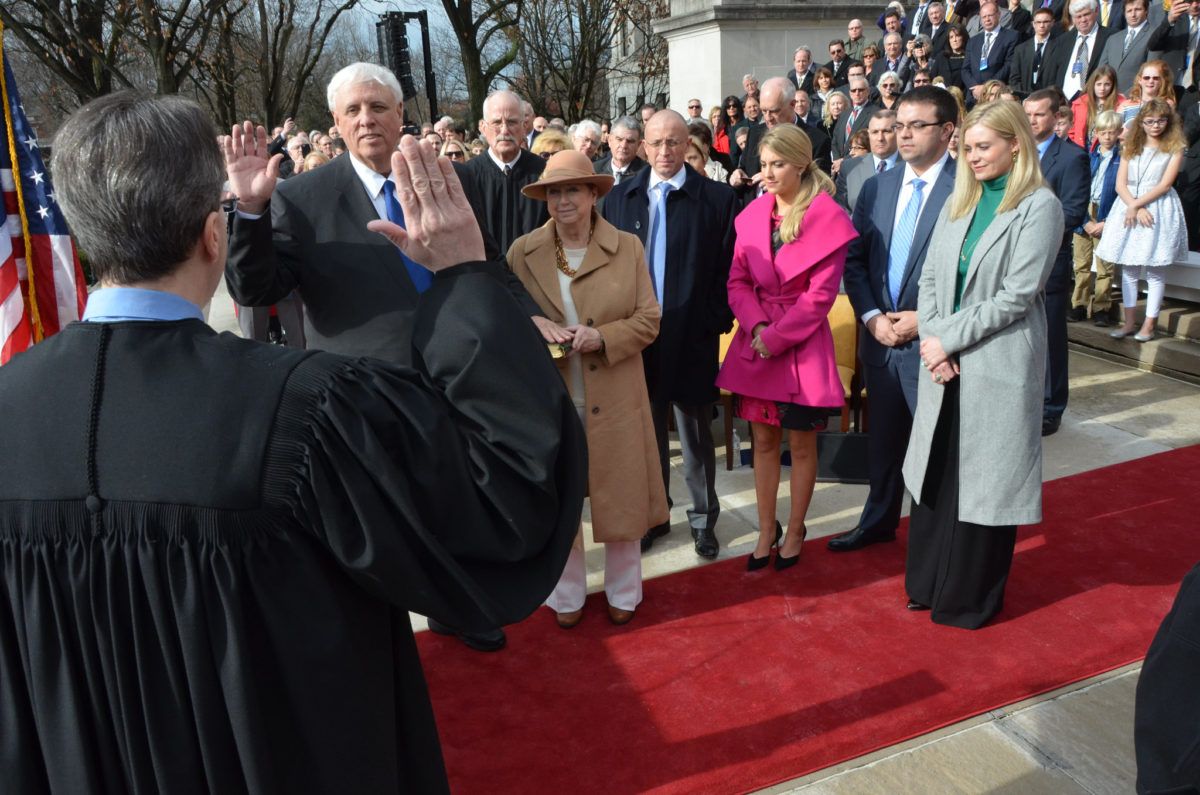 Days later, after agreeing to “suddenly renewed” requests for collateral and more financial information from the Justice companies, the lawsuit states they received the May 15 letter from Austin stating that the settlement agreement had not been made. Instead, he wrote that a letter authorizing the Justice Dept. to file suit against the Justice companies on behalf of the Interior Department had been issued.

“We have suggested on more than one occasion that a showing of good faith will benefit your clients if they intend to pursue settlement,” Austin wrote, including “continuing to abate the environmental violations that exist in Tennessee and by making good on a settlement agreement negotiated on their behalf in 2017.”

A request for comment to OSMRE was referred to the Justice Dept., which did not immediately reply.

In a statement from Justice company Bluestone Coal Corp., Jay Justice said the companies are still seeking a settlement agreement with the federal government, but the “incident with MSHA” made an impression.

“We don’t want to have to go to court to get the government to do the right thing and live up to its end of the bargain, but we can’t sit back and let the government take advantage of our good faith efforts to resolve this matter,” he said.

The Justice companies have a documented history of racking up mine safety fines, failing to pay taxes, and inadequately completing reclamation work.

In April the ReSource analyzed MSHA data on delinquent penalties for mine safety and health violations and found that the Justice companies owed more than $4 million, the highest such amount in the U.S. mining industry.

These cases, dating back to 2013, include a failure to pay for a range of common coal industry needs, such as parts for mining equipment, coal barge services, insurance, and the royalties due to mineral property owners. The debts the Justice family companies owed in these cases ranged from just under $150,000 to a little more than $3 million.

In all five cases the courts authorized U.S. Marshals to seize assets from the Justice family companies’ bank accounts in order to recover the debts. However, in some cases officials discovered the bank accounts were empty or closed.

Louisville’s sewers are smelling up the place