The nearly two-month blockade of a Kentucky railroad track is coming to an end as unpaid coal miners end their protest in order to take new jobs, start classes, or move away from their coal-dependent communities.

When coal company Blackjewel abruptly declared bankruptcy in July, it left some 1100 Appalachian coal miners in Kentucky, Virginia, and West Virginia without pay. On July 29, five miners blockaded a train full of coal preparing to leave a Blackjewel facility in Harlan County, Kentucky. The miners’ rallying cry was “No Pay, No Coal.”

But after 59 days on the tracks, the protest is coming to an end.

Felicia Cress is married to a former Blackjewel miner, and has been at the protest since the first day.

Felicia Cress on the first day of the miners’ protest.

“This happened because we got shafted, which happens all the time,” Cress said. “You got these rich people that s*** on these poor people, and people just overlook it.”

She said even though her family has to move on, the relationships forged through the protest will stay with her.

“It was a bad situation that made us come together, stay there day and night, through the rain, through the blazing sun,” she said. “We have now friendships, you know, we have a bond.”

Cress’ husband is currently looking for work. She said her bank has threatened to foreclose on her home unless she finds money for her mortgage payment by Saturday. 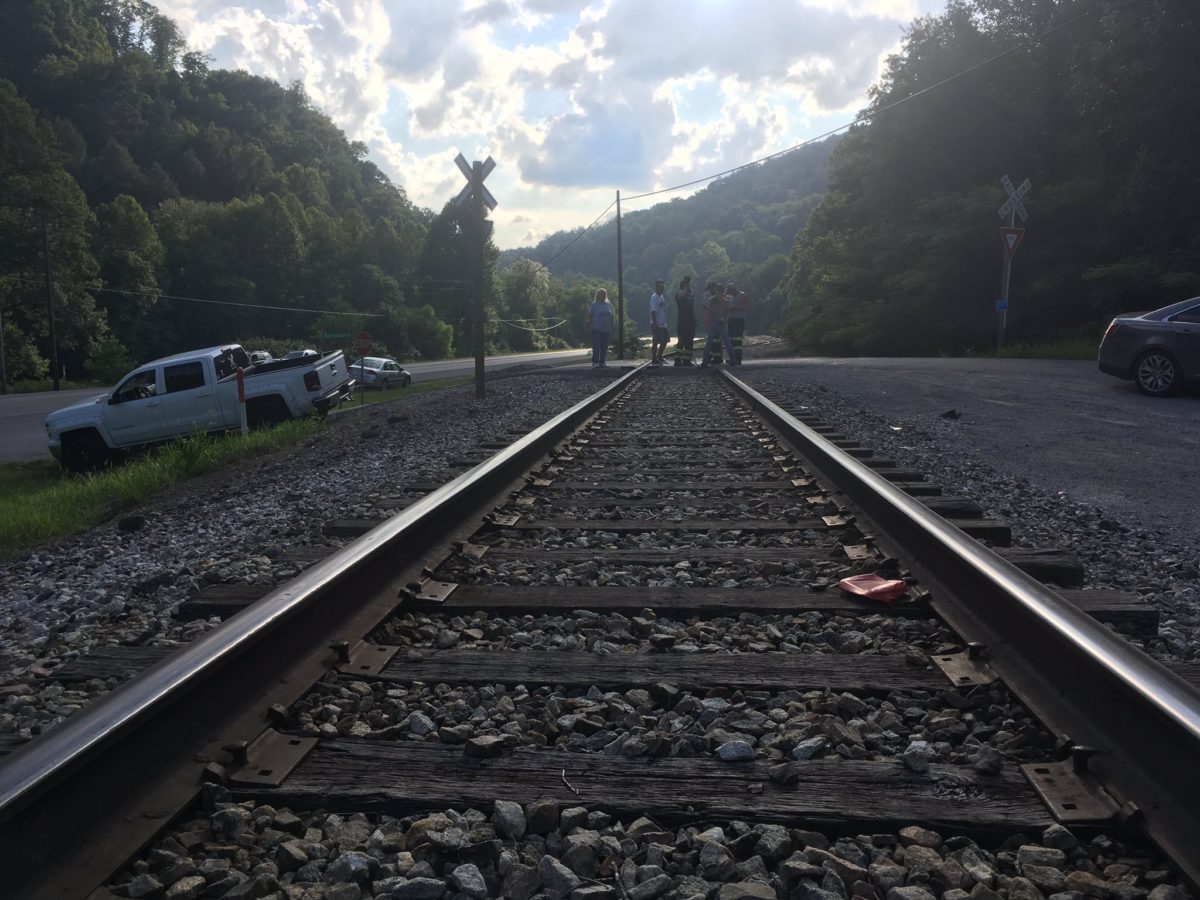 Hundreds of Blackjewel miners in Kentucky and Virginia have still not been paid. But the protesters can claim some important victories.

West Virginia miners received owed wages earlier this month. The protest drew international attention, helped win miners a portion of their back pay, and highlighted the state’s failure to collect bond payments from companies like Blackjewel, as the law requires.

The train load of coal the miners blocked will remain where it is until a ruling from a West Virginia bankruptcy judge. That ruling is expected in October.