Police Confirm Death Of Officer Injured During Attack On Capitol

U.S. Capitol Police announced late Thursday that an officer hurt during this week’s violent assault on the chambers of Congress by protesters loyal to President Trump has died from his injuries.

“At approximately 9:30 p.m. this evening (January 7, 2021), United States Capitol Police Officer Brian D. Sicknick passed away due to injuries sustained while on-duty,” a statement from the U.S. Capitol Police said.

“Officer Sicknick was responding to the riots on Wednesday, January 6, 2021, at the U.S. Capitol and was injured while physically engaging with protesters. He returned to his division office and collapsed,” the statement said.

It said that Sicknick had been taken to a local hospital and that his death will be investigated by the Metropolitan Police Department’s Homicide Branch, the U.S. Capitol Police and “our federal partners.”

The confirmation follows an earlier, premature report that the officer had died, which NPR incorrectly reported based on information from a well-placed source.

More than 50 criminal cases are being opened against pro-Trump extremists who engaged in violence during the breach of the U.S. Capitol on Wednesday.

In addition to invading the House and Senate chambers, driving members of Congress into hiding, the extremists attacked police “with metal pipes, discharged chemical irritants, and took up other weapons against our officers,” U.S. Capitol Police said Thursday.

In a call with reporters, the acting U.S. attorney for the District of Columbia, Michael Sherwin, didn’t have full details yet but didn’t rule out charges of rioting, insurrection and seditious conspiracy.

Forty local cases had been filed with the D.C. Superior Court concerning entry to the Capitol, assault and possessing a firearm.

On the federal level, 15 cases have been filed against individuals accused of illegally entering the Capitol, possessing a firearm or stealing congressional property.

One individual was said to have been carrying a semiautomatic rifle and 11 Molotov cocktails upon arrest.

“Electronic items were stolen from senators’ offices. Documents, materials were stolen, and we have to identify what was done, mitigate that, and it could have potential national security equities,” Sherwin said.

“If there was damage, we don’t know the extent of that yet,” he added. 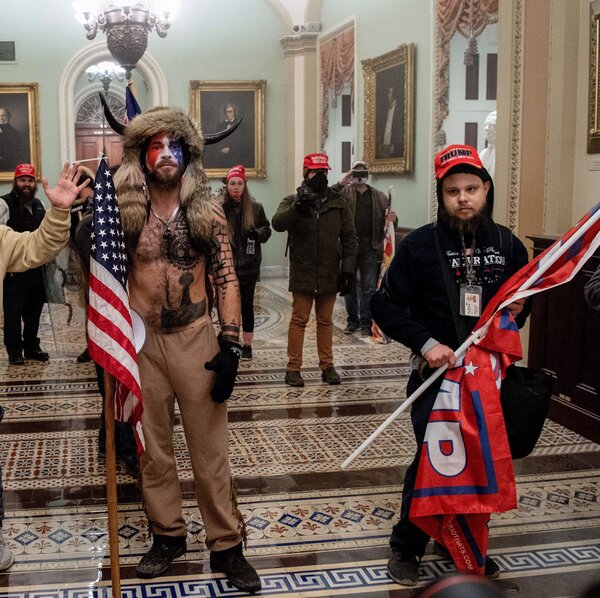 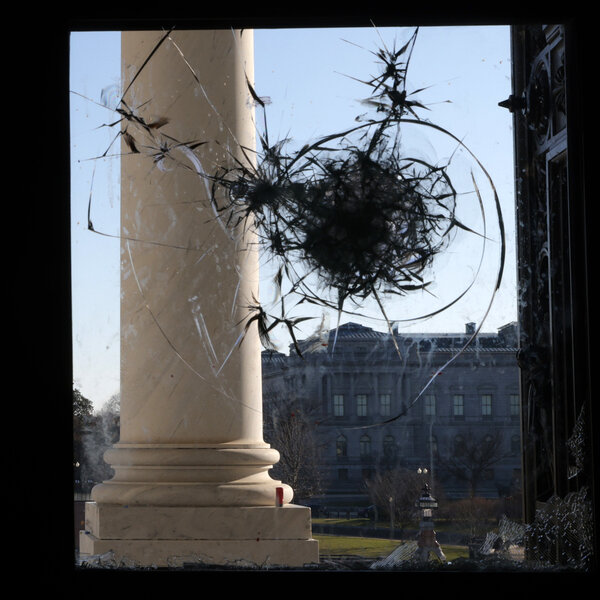 Timeline: How One Of The Darkest Days In American History Unfolded

Also Thursday, U.S. Army Secretary Ryan McCarthy announced that a “7-foot nonscalable fence” is being erected around the entire U.S. Capitol. It is to remain in place for at least the next 30 days, he said. Additional National Guard units are also being deployed, he added.

The death on Thursday of officer Sicknick comes after D.C. officials said four others had died in the storming of the Capitol, including a woman who was shot inside the building by a Capitol Police officer. Sicknick was one of dozens of other police officers were injured while trying to control the mob of pro-Trump extremists who temporarily shut down a vote to certify President-elect Joe Biden’s win.

In addition to the woman who was shot, three people — two men in their 50s and one woman in her 30s — died after separate medical emergencies, said D.C. Mayor Muriel Bowser and D.C. Metropolitan Police Chief Robert Contee during a news conference.

Contee said 56 officers were injured, describing “a lot of valiant fighting” to perform their duties despite facing tear gas and other hazards. One officer, he said, was “snatched into a crowd,” where he was beaten and tazed repeatedly.

City police officers arrested 70 people on charges related to unrest from Wednesday through 7 a.m. Thursday, Washington’s Metropolitan Police Department said. Most of those arrests were for violating curfew, with many also facing charges of unlawful entry. 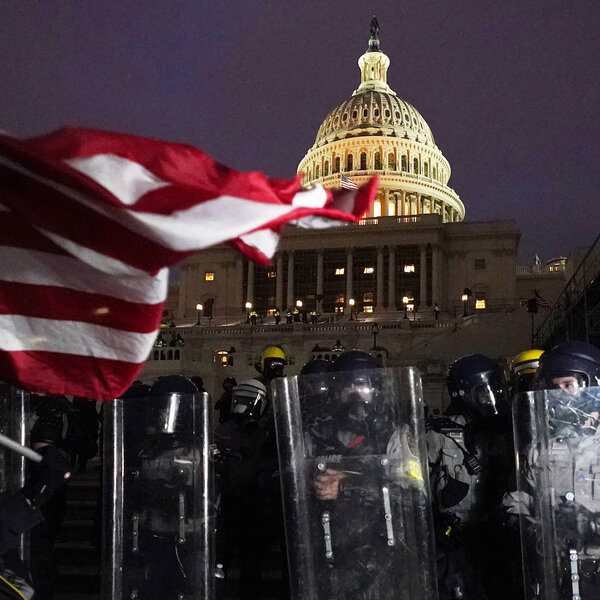 The scenes of chaos Wednesday afternoon, as a Trump rally devolved into unrest and insurrection, left the country shaken and the nation’s capital on alert.

Bowser blamed the violence on Trump, calling him an “unhinged president” who has peddled baseless conspiracy theories.

Bowser and other Democrats called for the top security officials at the Capitol to resign. Capitol Police Chief Steven Sund handed in his resignation, effective next week. Senate Majority Leader Mitch McConnell said that he requested and received the immediate resignation of Senate Sargent-at-Arms Michael Stenger.

When Bowser was asked about the breakdown of the Capitol Police’s security effort, she didn’t mince words.

“Obviously, it was a failure, or you would not have had police lines breached and people enter the Capitol building by breaking windows,” she said, “and terrorizing the people, the members of Congress who were doing a very sacred constitutional requirement of their jobs. So clearly, there was failure there.”

Other parts of the investigation

In a car on Capitol grounds, law enforcement found a cooler full of gasoline bombs and a long gun, Contee told reporters.

The FBI confirmed to NPR that the agency is involved in ongoing investigations and said, “Two suspected explosive devices were rendered safe by the FBI and our law enforcement partners.”

The entire D.C. National Guard has been mobilized. By this weekend, McCarthy said, a total of 6,200 National Guard members will be in place to support police and security efforts.

On the morning after the insurrection, Contee said, police officers were “scouring” area hotels in hopes of identifying and arresting people seen in the plentiful videos that have emerged from the Capitol. 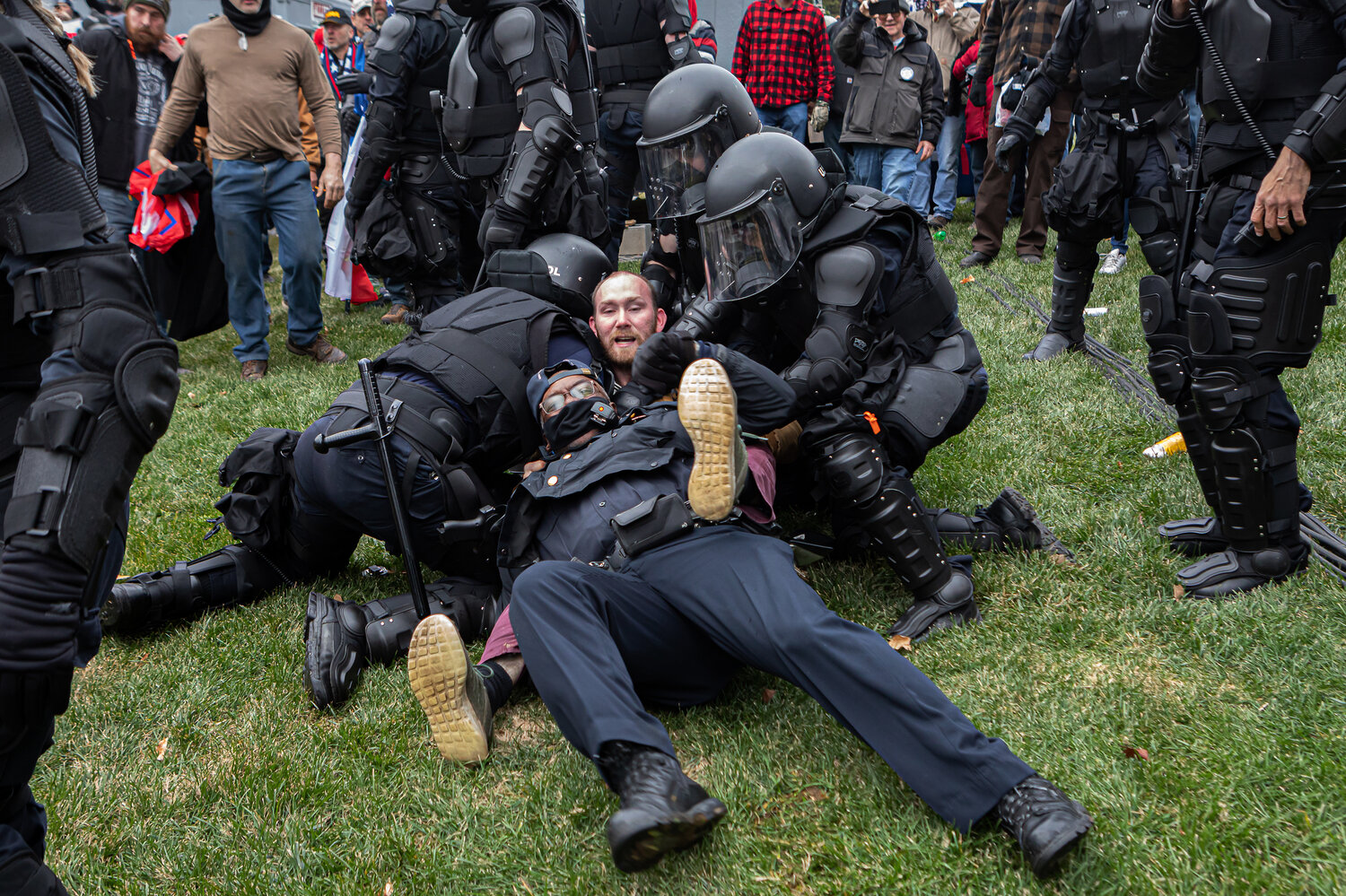 A pro-Trump protester resists arrest on Wednesday. There were few arrests in relation to the scope of the unrest as of Wednesday night.

At least four people were arrested for carrying a pistol without a license and having a large-capacity ammunition feeding device, including one instance of possessing a firearm on Capitol grounds. Those arrested are from across the U.S., including North Carolina, Michigan, Arizona, Georgia, Pennsylvania and Oregon.

Contee said not all people who gained entry into the Capitol building were taken into custody.

Videos taken of the chaos appeared to show, at best, an unprepared police force easily overrun by rioters or, at worst, one that appeared to acquiesce to the mob. Unverified videos shared on social media showed a police officer taking selfies with some rioters who entered the Capitol, and another video appeared to show officers moving barricades to allow a large crowd of people to approach the building. 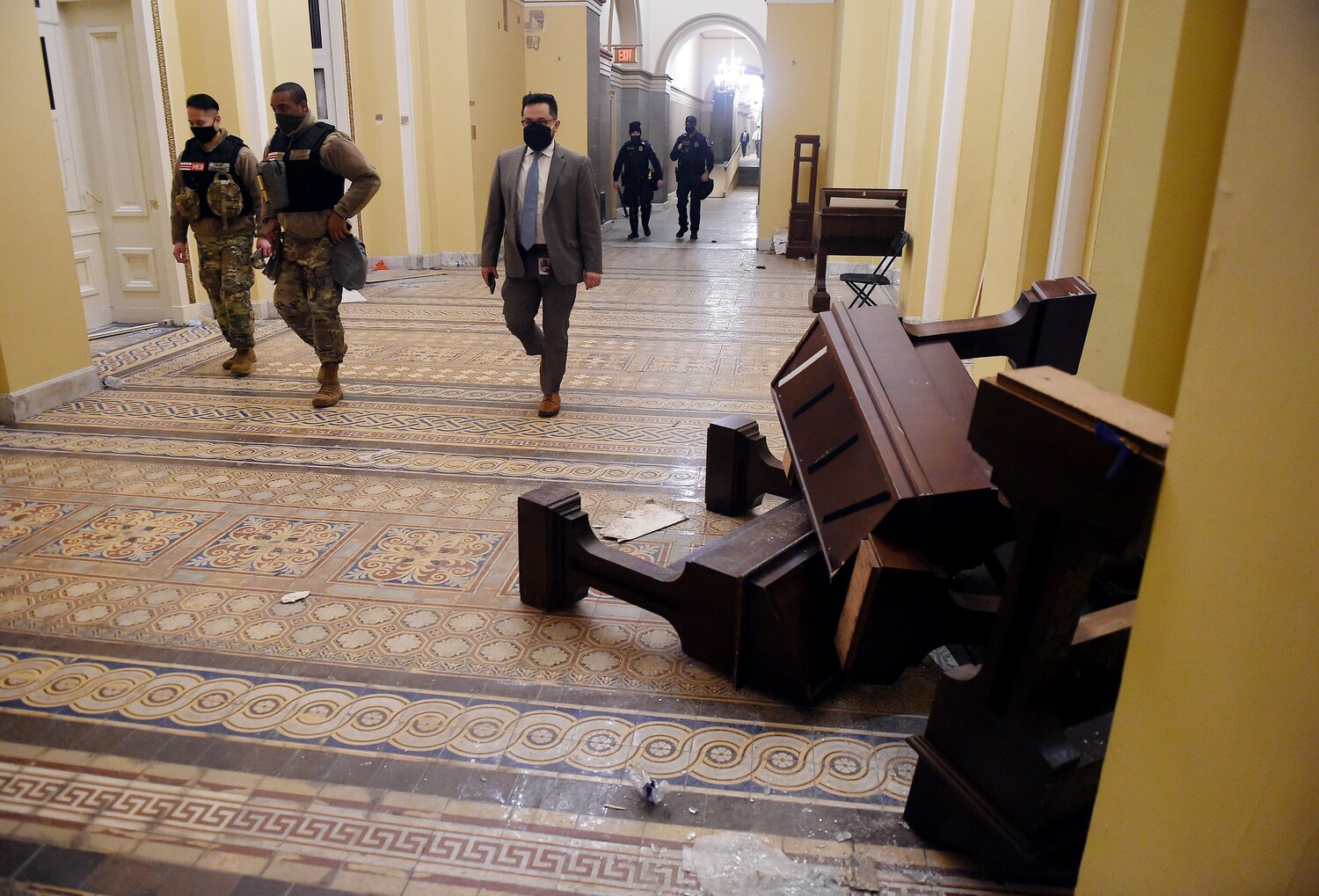 Rioters damaged the U.S. Capitol after they breached security and entered the building during a session of Congress on Wednesday to tally the 2020 electoral votes.

Capitol Police officers, who usually number around 2,300, have jurisdiction over Congress and its grounds. According to D.C. law, D.C. Metropolitan police can make arrests on Capitol grounds only with the consent of or at the request of Capitol Police.

Lawmakers have promised a full investigation into the Capitol Police’s actions.

California Democratic Rep. Zoe Lofgren, chairwoman of the House Administration Committee, said the breach “raises grave security concerns.” She said her committee would work with bipartisan House and Senate leadership to address concerns and review the response in the coming days.

The FBI has set up a tip line webpage for information tied to the riots. The agency said it’s seeking information to “assist in identifying individuals who are actively instigating violence in Washington, D.C.” 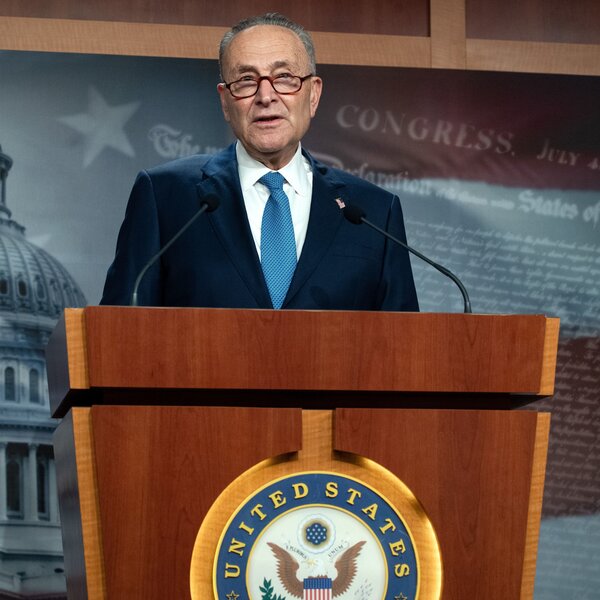 INSURRECTION AT THE CAPITOL: LIVE UPDATES

Pelosi, Schumer Join Chorus Of Calls For Invocation Of 25th Amendment Against Trump

Hours after Trump’s supporters laid siege to an entire branch of government with the apparent aim of keeping him in office in defiance of the results of the 2020 election, the president issued a statement early Thursday morning that conceded “there will be an orderly transition on January 20th.”

However, that promise came too late for several top advisers at the White House, who resigned, citing the president’s response to the siege as the reason for their departure — with less than two weeks to go in their jobs.

Some lawmakers, including Rep. Ilhan Omar, D-Minn., and Rep. Alexandria Ocasio-Cortez, D-N.Y., have called for Trump’s impeachment for his “open sedition.”

That effort is unlikely to gain enough support to be carried out before Biden’s inauguration on Jan. 20.