Farmers in the Ohio Valley are waiting to see how President Trump’s choice to lead the Agriculture Department might affect their fortunes. Concerns over trade have held up a confirmation vote for nominee Sonny Perdue, and trade is also on the minds of regional growers.

Farmers here have been big winners under the North American Free Trade Agreement, and while farm country voted overwhelmingly for Trump, his talk about scrapping NAFTA has farmers like Jed Clark nervous. 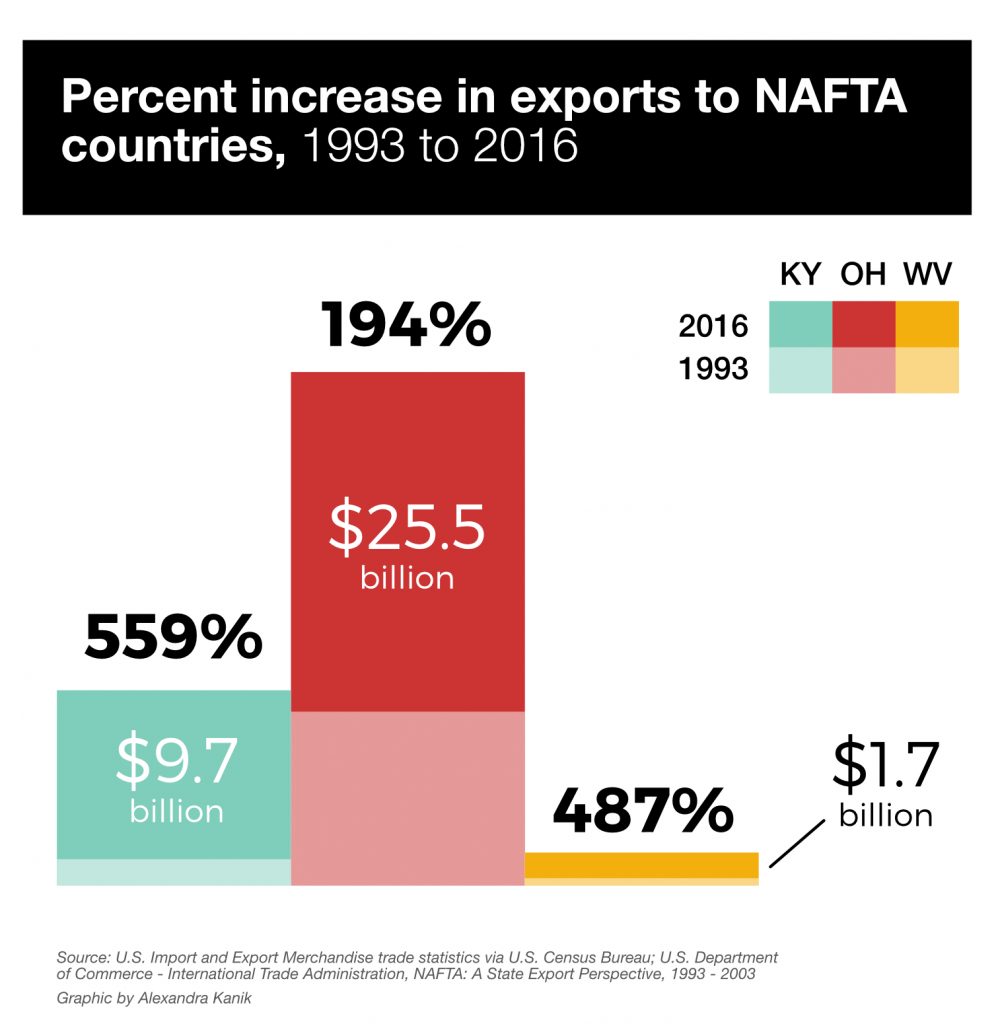 Clark and his father farm 5,000 acres in western Kentucky’s Graves County, where they grow corn, wheat, soybeans and tobacco. Right now, Clark is thinking mostly about corn. Yellow corn is used mostly to feed livestock and the white corn is for human consumption. One of every four rows of it will go to Mexico.

“Mexico gets 27 percent of our exports in corn. That’s a huge market,” Clark said.

In the five years following NAFTA’s implementation, Clark said, there was a 130 percent increase in pork exports, which also boosted his sales of yellow corn.

“That also helps Kentucky corn farmers because we are feeding that pork, and the same goes for the chicken market ,too.” Clark said. “So that’s how it affects me personally, as a farmer, when we start talking about trade deals and NAFTA.”

Graves County voted nearly four-to-one in favor of  Donald Trump but his rhetoric on NAFTA is not a winning message here.

“We don’t feel like he will forget us but what we hate to see is the importance of agriculture in these communities [might] be lost,” Clark said. “In my county right here, a lot of the jobs are agricultural based.”

Clark and other farmers are seeing some mixed signals from the Trump administration. While criticism of NAFTA was a regular part of campaign rhetoric, a recent White House letter to Congress on options for NAFTA took a softer tone. And Agriculture Secretary nominee Perdue has been supportive of NAFTA in the past.

“When you look at the numbers, NAFTA has been a win for the United States of America,” Perdue said at a 2008 event, when he was Governor of Georgia.

He said NAFTA has been “blamed for losses in certain industrial sectors,” that would have undoubtedly been replaced by advanced technology, a view that puts him at odds with the president’s claims that NAFTA was “one of the worst deals ever.” 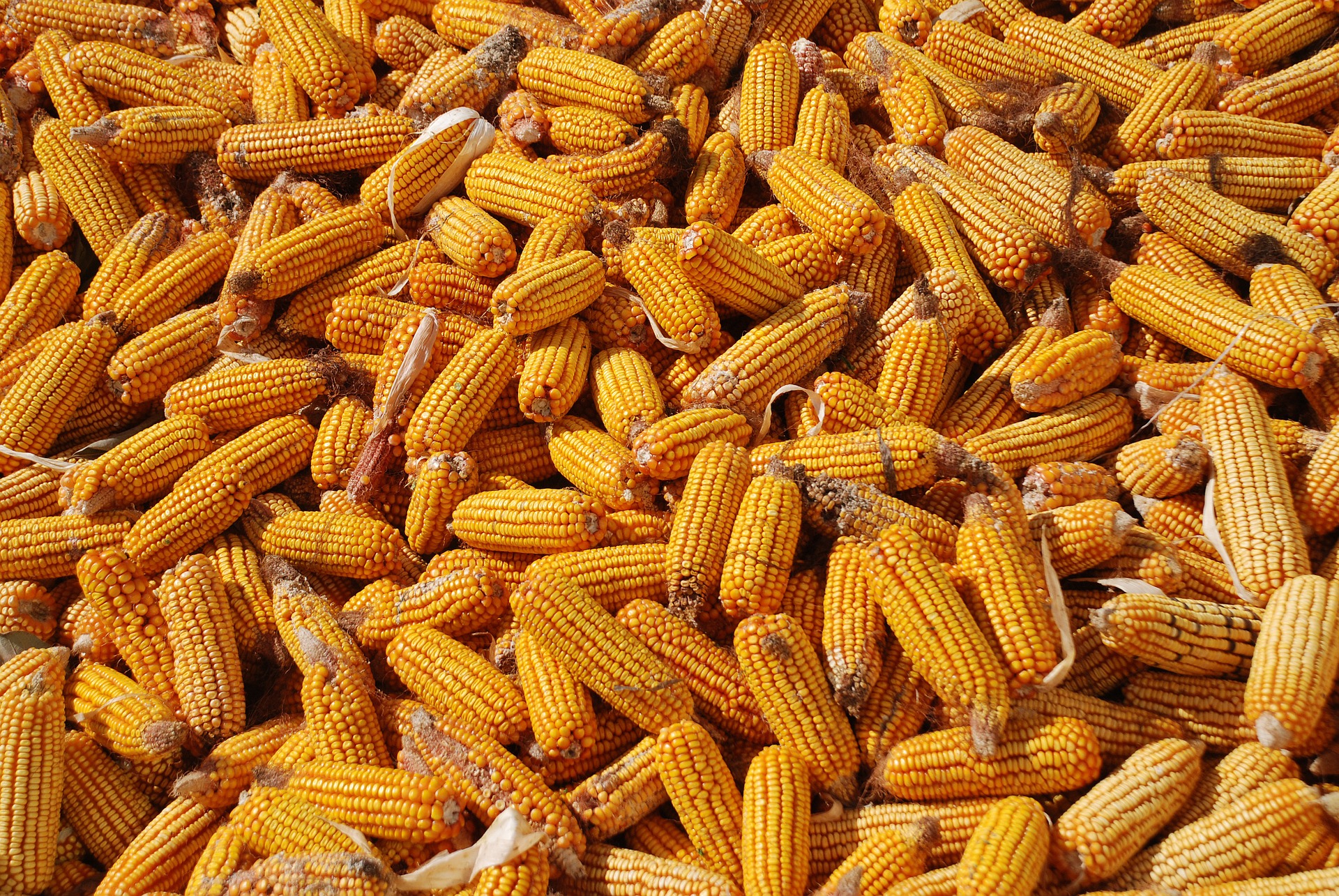 Corn growers have enjoyed increased sales thanks to expanded exports under NAFTA.

All this leaves folks like Dave Salmonsen, senior director for Congressional relations at the U.S. Farm Bureau, wondering what the new president will do. This is the time of year members from state farm bureaus come together in D.C.

Salmonsen said the consensus is that members would welcome changes to NAFTA that would boost farm trade with Canada — specifically opening more trade in dairy and poultry — but the the uncertainty about Mexico makes them uneasy.

“Everyone’s heard the comments from the Mexican government about potentially looking to other sources of supply for corn or soybeans from Brazil and Argentina,” Salmonsen said.

The U.S. provides 100 percent of the corn and about 75 percent of the soybeans Mexico imports, according to Salmonsen, and that’s not something U.S. agribusiness wants to give up. 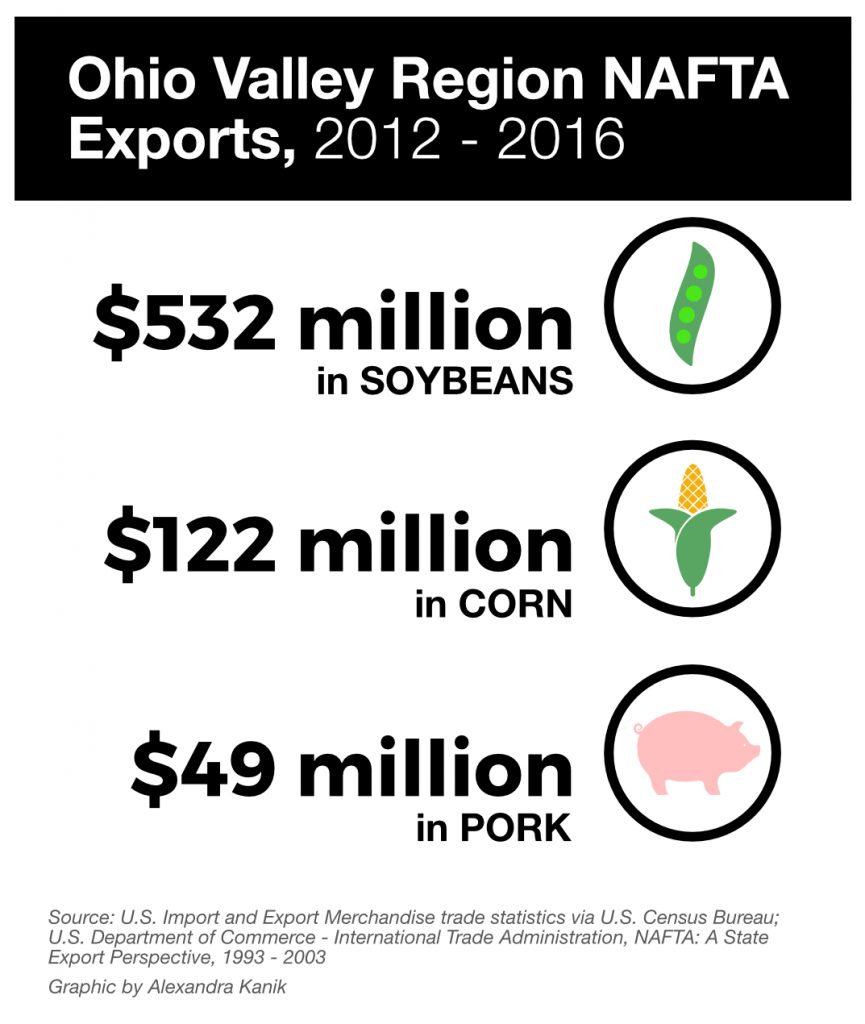 Debate has raged over NAFTA’s winners and losers almost since the deal was implemented in 1994. But Salmonsen said the role it has played in U.S. agribusiness is clear.

“We went from $8.9 billion in exports to Canada and Mexico annually in 1993, before NAFTA, to over $38 billion now, because we’ve gotten rid of the tariffs and other things that were burdening that trade,” Salmonsen said.

Changes to NAFTA now would be shortsighted according to Ian Sheldon, the Andersons Chair in Agricultural Marketing, Trade and Policy at the Ohio State University.

Congress would likely need to approve most changes, which means nothing would be done overnight. But Sheldon said the president could more quickly change tariffs, and that could have global implications for corn and other commodity prices.

Trump has threatened across the board tariffs to both China and Mexico. Sheldon worries about retaliation from both countries.

“Something I don’t think the Trump administration has thought through very carefully, is a lot of the burden of increased tariffs or increase protection would likely fall on poorer consumers,” said Sheldon. So far, Sheldon said, trade policy proposals announced by the Trump Administration have been “unambiguously pretty bad.”

That could pose a double threat for Ohio. Sheldon said not only could Ohio agriculture be hurt by lost exports of corn and oil seeds but consumers could also face higher fruit and vegetable prices. 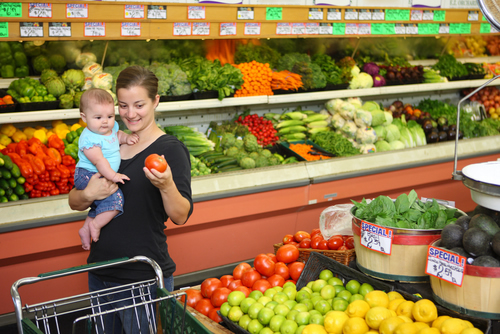 West Virginia Department of Agriculture’s Communication’s Director Crescent Gallagher said West Virginia would not likely be significantly affected by changes to NAFTA in relation to grains and oil seeds. Most of the state’s agricultural export markets are “niche markets,” such as maple syrup to China.

Mexico, meanwhile, is looking at ways to lessen foreign dependence and seek new markets in South America. This is a good thing for Mexicans, according to Mark Weisbrot, co-director and economist for the Center for Economic and Policy Research, a progressive think tank based in Washington, D.C. 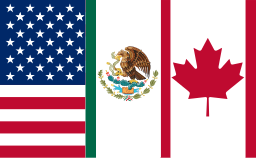 The Trump administration is sending mixed signals on NAFTA.

“I think from the Mexican point of view, they really are going to have to try and diversify their economy away from this over reliance on the US economy and the way in which is integrated with NAFTA,” Weisbrot said.

The CEPR reports that poverty in Mexico went up under NAFTA, and almost five million family farmers were displaced, contributing to the surge in emigration to the U.S.

“These were family farmers, most of them, and they lost their farms,” Weisbrot said. “They lost at least 2 million jobs in agriculture and that didn’t have to happen.”

And Weisbrot says NAFTA has also contributed to the loss of  small farms in the U.S.. 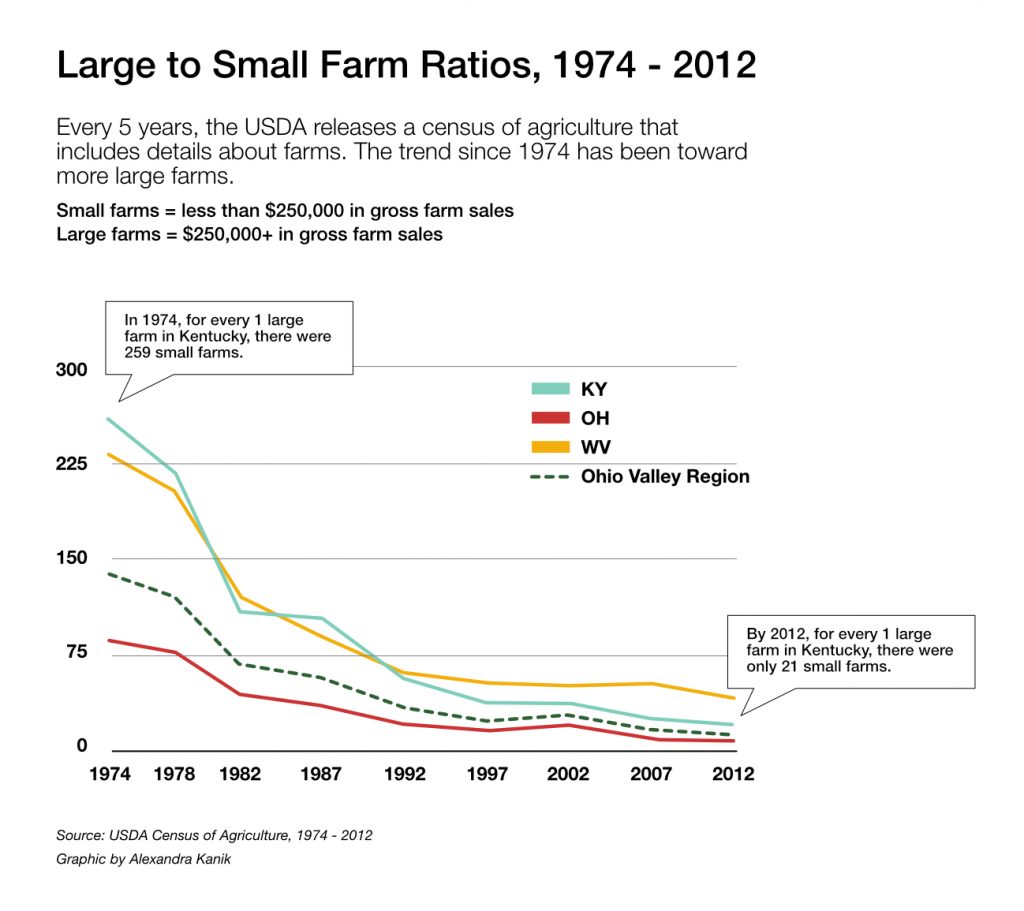 On the ‘Sonny’ Side

Back in Graves County, Jed Clark and his father have done well under NAFTA, and Clark said he would like the president to know about that. He wants Trump to hear more about the success stories the deal has created for the rural Americans that support him. Clark believes Sonny Perdue can be their voice.

“Perdue understands agriculture, he has run a granary and [he understands] the importance of trade,” Clark said. “And from all the talk that I’ve heard about him, I think he would be a strong voice.”