Gayle Manchin: ‘The Stars Have Just Lined Up’ For Appalachia

Gayle Manchin is the first West Virginian to serve as federal co-chair of the Appalachian Regional Commission in its 56-year history.

That’s not all. Manchin comes to the agency at a time when West Virginia is in the spotlight. She has an important role, but she’s not alone.

Her husband, Sen. Joe Manchin, is chairman of the Senate Energy and Natural Resources Committee. Manchin is a key vote for President Joe Biden in an evenly divided Senate. Biden can’t advance his priorities without the centrist Democrat’s support.

West Virginia Sen. Shelley Moore Capito is the senior Republican on the Senate Environment and Public Works Committee, and is a lead negotiator on infrastructure legislation. No matter who controls the Senate, West Virginia has perhaps more influence in Washington since the days of Robert Byrd and Jay Rockefeller, decades ago.

To Manchin, who grew up in Beckley, West Virginia, it’s about time.

“I think sometimes West Virginia has always felt that it was behind the eight ball or never quite getting its fair share,” she said in an interview about a week into her new job. “And I would say right now, the stars have just lined up in our favor.” 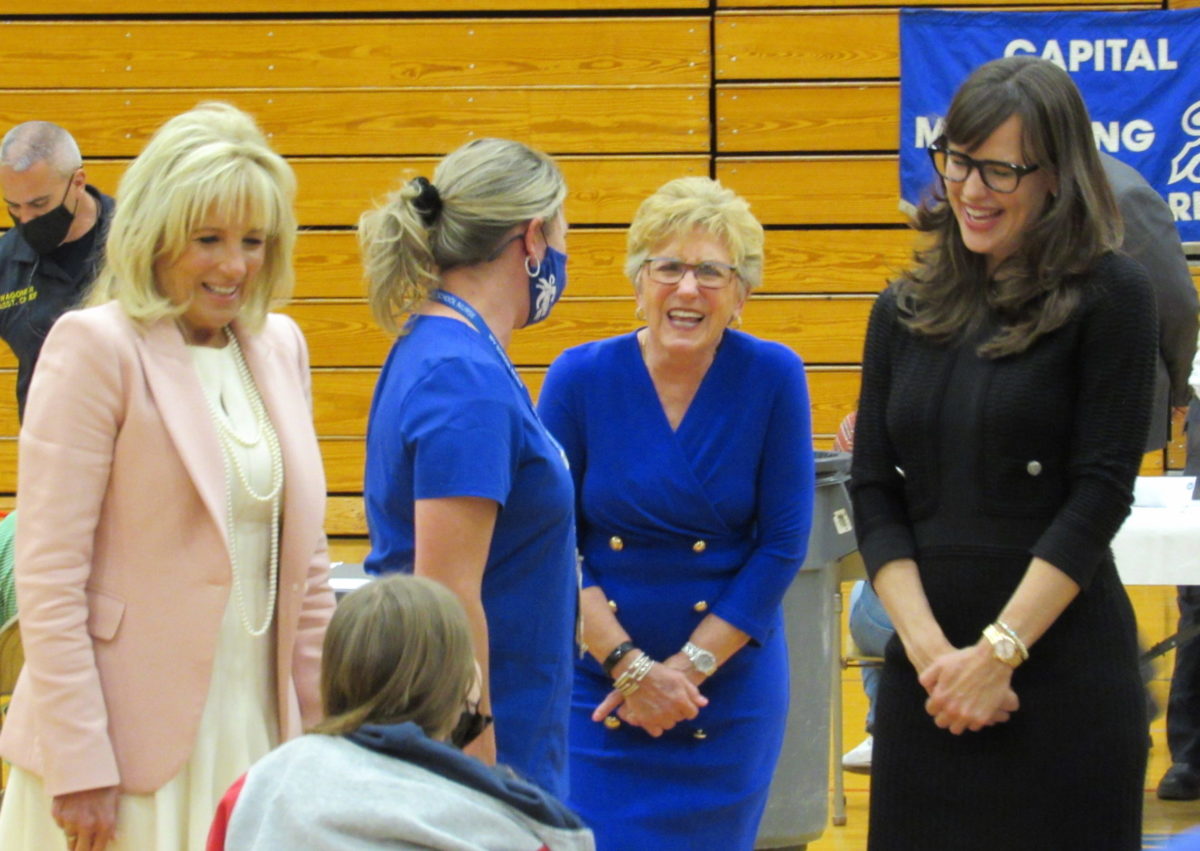 West Virginia lost 60,000 residents in the most recent Census count. It has struggled to keep young people from leaving and to attract industries. Its historic dependence on coal mining has left the state pockmarked with abandoned mine sites and hollowed-out towns. As the struggle continues in Manchin’s home state, the commission she now leads could help turn things around.

The Appalachian Regional Commission was established in 1965 as part of President Lyndon Johnson’s War on Poverty. It encompasses 420 counties in 13 states, including all 55 of West Virginia’s counties. The agency consists of a federal co-chair and the region’s 13 governors.

It is the only lasting federal component of the War on Poverty.

Biden nominated Manchin as the top federal official at the commission in March, and the Senate confirmed her unanimously in April.

For decades, the ARC was best known for building a 3,090-mile network of improved highways throughout the region. The system is complete except for a few hundred miles.

Some of the toughest, and most expensive segments yet to be built are in West Virginia, such as Corridor H in Grant, Tucker and Hardy counties.

Manchin said the highways are a priority. However, she brings a background in human infrastructure to her job. She served as president of the state board of education and secretary for education and the arts. 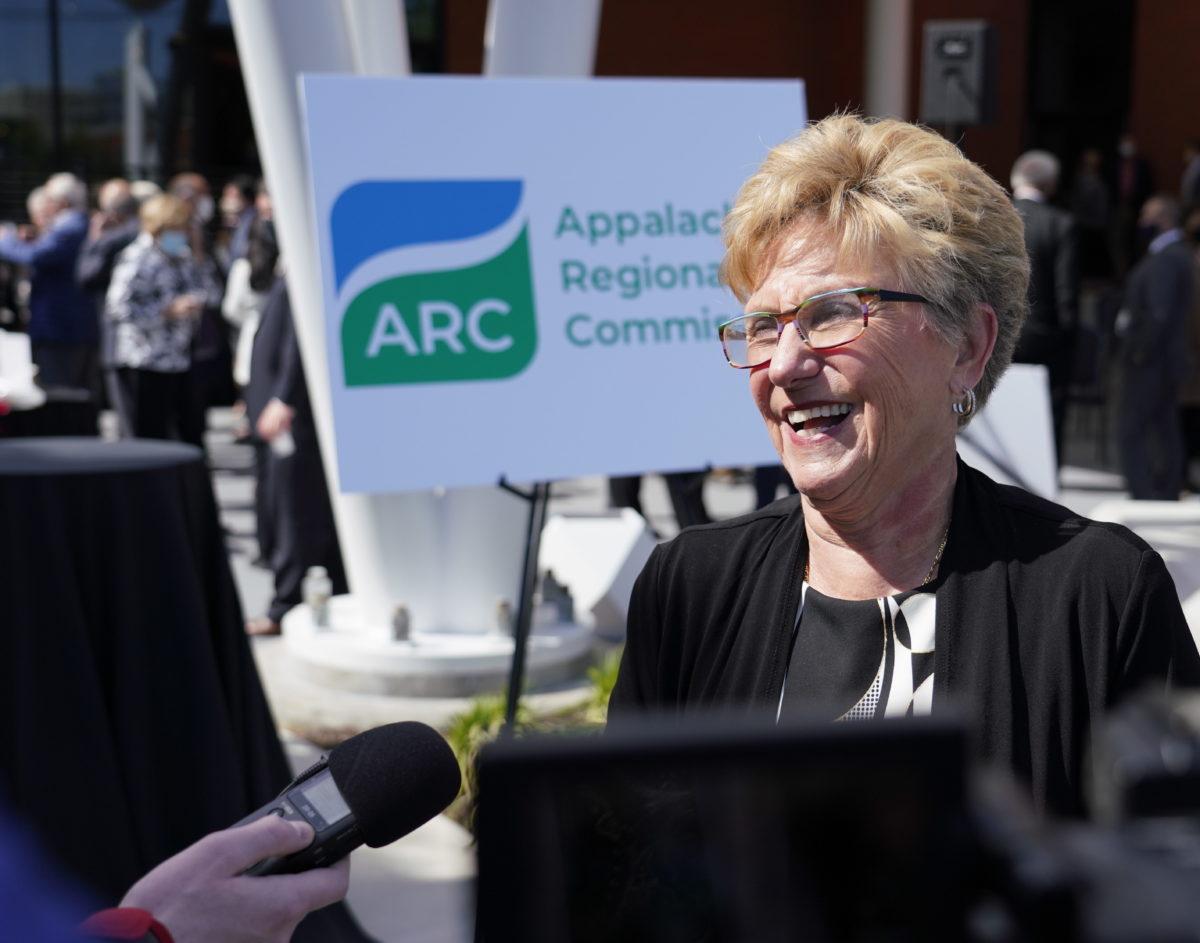 Gayle Manchin is the new federal co-chair of the Appalachian Regional Commission.

“One of my priorities, of course, going back to my past is education and education being the foundation if we want to strengthen communities, and build economic vitality and build the workforce,” she said.

In one example of how the commission’s work extends beyond the region’s highways, an ARC grant provided computers for every middle school student in McDowell County in Southern West Virginia. McDowell, where a third of residents live in poverty, according to Census data, is the state’s poorest county.

The work doesn’t stop there. Manchin said the ARC should help expand broadband internet throughout the region so those students are connected at school and at home. When they graduate, they need the appropriate job training and workforce development opportunities.

That’s where the commission comes in, too: Helping young residents get the right job skills so they’ll stay in West Virginia. And if they stay, that will help reverse the state’s population decline.

“So whether it be at a career tech center, a community college,” Manchin said, “(it) does not have to be a four year college degree but they need training and job skills. And we need to fit those job skills to what is available in that area.”

Hear more about the Appalachian Regional Commission on the latest episode of The Ohio Valley ReSource podcast, “Welcome to ApalachAmerica.”

That’s a change from the ARC’s original mission, according to Ron Eller, a professor emeritus of history at the University of Kentucky who’s a West Virginia native and has written about Appalachia for nearly 50 years.

Eller said in the beginning, the governors wanted to build physical infrastructure so they could cut ribbons and show that the region looked like other parts of the country. They didn’t pay as much attention to human capital: education, health care, housing and economic empowerment. 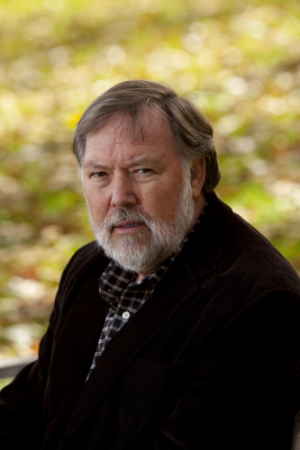 “In the last 20 years, however, we’ve begun to see that infrastructure and human capital go hand in hand in economic development,” Eller said. “It takes much longer to develop human resources and human capital.”

That kind of infrastructure has become even more important throughout Appalachia with the long-term, structural decline of the region’s coal industry.

The ongoing loss of jobs at coal mines and power plants will mean that communities will need something to fill the void.

Eller said Manchin’s background makes her well-suited to take the commission in that direction.

Since 2015, the commission’s POWER initiative has invested $238 million across coalfield communities to support tourism, job training, entrepreneurship and broadband. Last year, $15 million in POWER grants went to 20 projects in the Ohio Valley, seven of them in West Virginia.

“Frankly, I think that’s a direction that the commission needs to take,” Eller said. “There’s a lot of promise for that within the region.”

In addition to her education credentials, Manchin was West Virginia’s first lady from 2004 to 2010. She knows most of the senators and governors.

Her current state co-chair is Virginia Gov. Ralph Northam. Northam’s term as governor ends this year, and the 13 governors rotate the state co-chair role every year.

One of those governors is West Virginia’s Jim Justice, a Republican.

Justice appointed Manchin as secretary of education and the arts, a cabinet-level position, in his first term in 2017.

Then things went sour. Justice, who ran as a Democrat with Joe Manchin’s endorsement, switched parties. Their relationship deteriorated. There were rumblings that Joe Manchin would challenge Justice for the governor’s mansion. Justice fired Gayle Manchin in 2018.

Manchin’s mission extends beyond West Virginia, as far north as southern New York and as far south as northeast Mississippi. Manchin said she’d like to think of the region as one big state.

She said she plans to first visit the states within driving distance, and eventually work her way to every part of the region, something that was not possible during the height of the coronavirus.

“I have not traveled to all these areas,” she said. “One of the first things I want to do is to travel and visit and listen.”

Manchin said she wants to bring the states together on a single project that could benefit the entire region. The tour will be the first part of that effort.

“I want to hear what their issues are specifically, and what are their ideas?” she said. “I mean, you can talk on the telephone and you can do a Zoom call, but it’s not like going and shaking hands and walking down the street of these little towns.”