Listen Live
Newsletter
Donate
In remote eastern Kentucky, neighbors help where no one else will

In remote eastern Kentucky, neighbors help where no one else will

Ohio Valley ReSource · In remote eastern Kentucky, neighbors help where no one else will

Over the past week, Havanna Thacker has transformed a historic high school in Carr Creek, Kentucky into a supply depot. While her mother whips up trays of food in a tiny cafeteria, she stocks the gym with supplies that people bring by the carload.

In the afternoon, she’ll deliver it all up remote roads damaged by tiny streams that heavy rains turned into raging rivers overnight.

A week after the initial flooding, there aren’t any state officials or FEMA representatives in this remote corner of Knott County. Thacker has been managing the outpost single-handedly for days. She’s exhausted and overwhelmed. 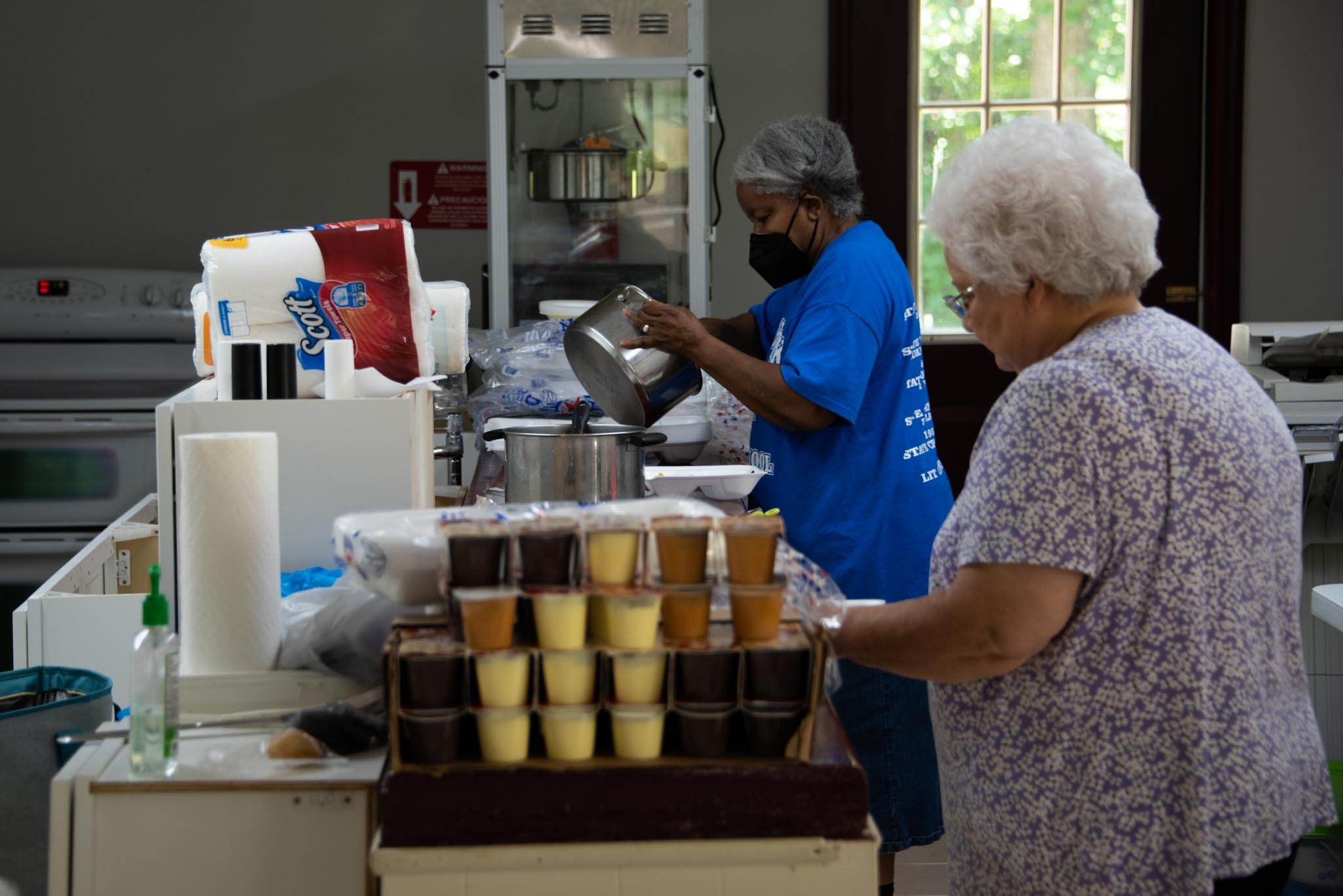 Havanna Thacker’s mother and an older couple who live near the former high school make hot food to deliver to people up in remote mountain communities still without power and water.

This is the nature of getting help to eastern Kentuckians. While officials focus on finding the dead, it’s up to the living to help the living. Locals are helping family and friends in remote mountain passes without food, electricity or running water.

Many in the area say they’ve never seen a natural disaster like this. But what they lack in experience they make up for in the willingness to help each other. 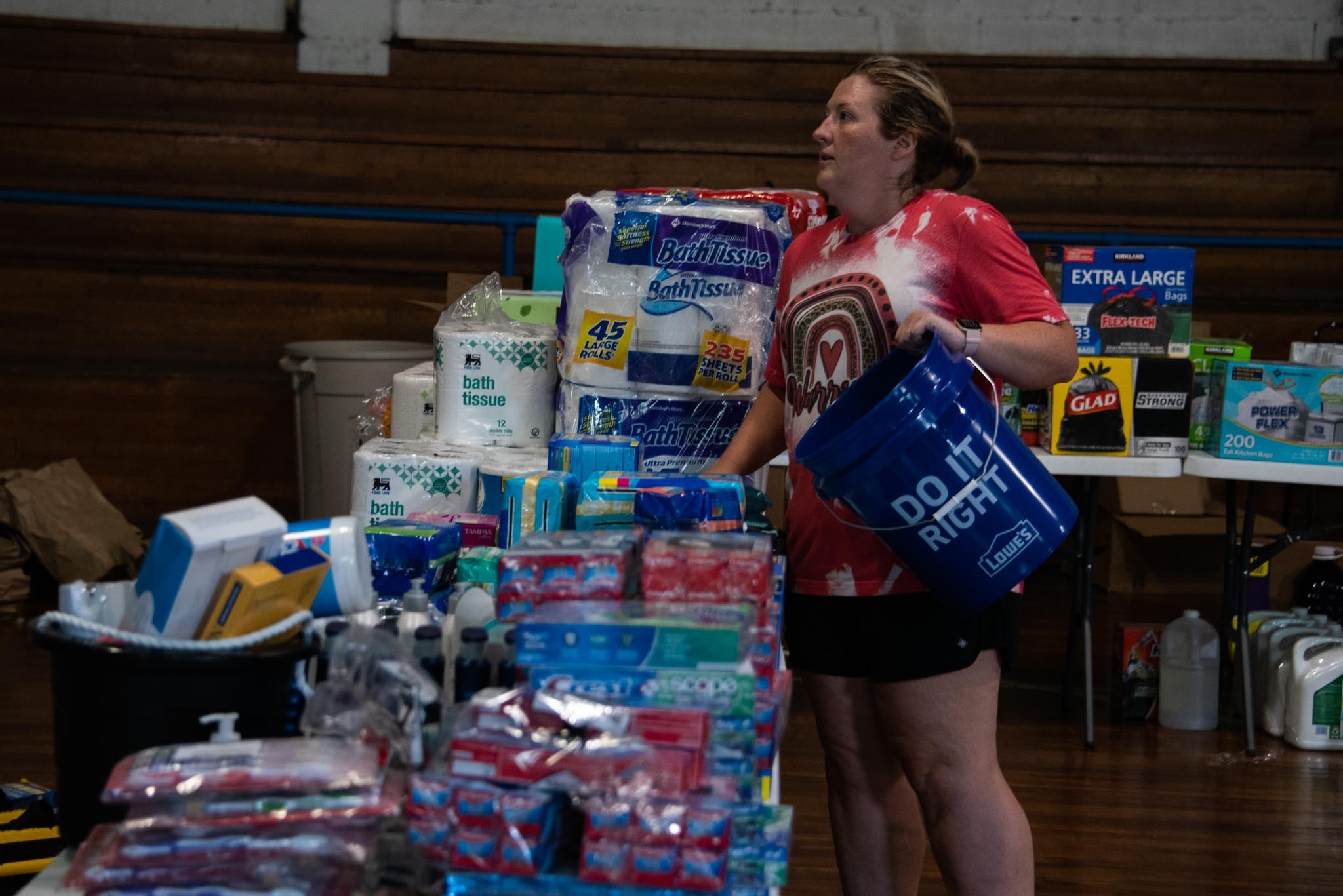 Kendra, a volunteer from nearby Whitesburg, showed up and began filling buckets with supplies to hand out along with food and water. In this community organizing, it’s a hard decision whether to ration supplies to last a while, or hand everything out immediately and risk running out if supplies stop coming.

Once the supplies are loaded up, Thacker hops into a large pickup and starts out on steep, rocky one-way roads. It’s quickly apparent why any disaster relief might miss people in these places where directions are told with family histories, not GPS coordinates.

She’s learned that sometimes you have to offer help two or three times before folks will accept it. It’s not pride, but the belief that somehow, somewhere, someone else is probably worse off than you.

Take Larry Combs for instance. Earlier in the week, Combs told Thacker he was “fine.” But when she checked in on him later, he invited her into his house. He hadn’t told her his living room wall had caved in from a mudslide last week. Sunlight, plants and soil are pouring through. 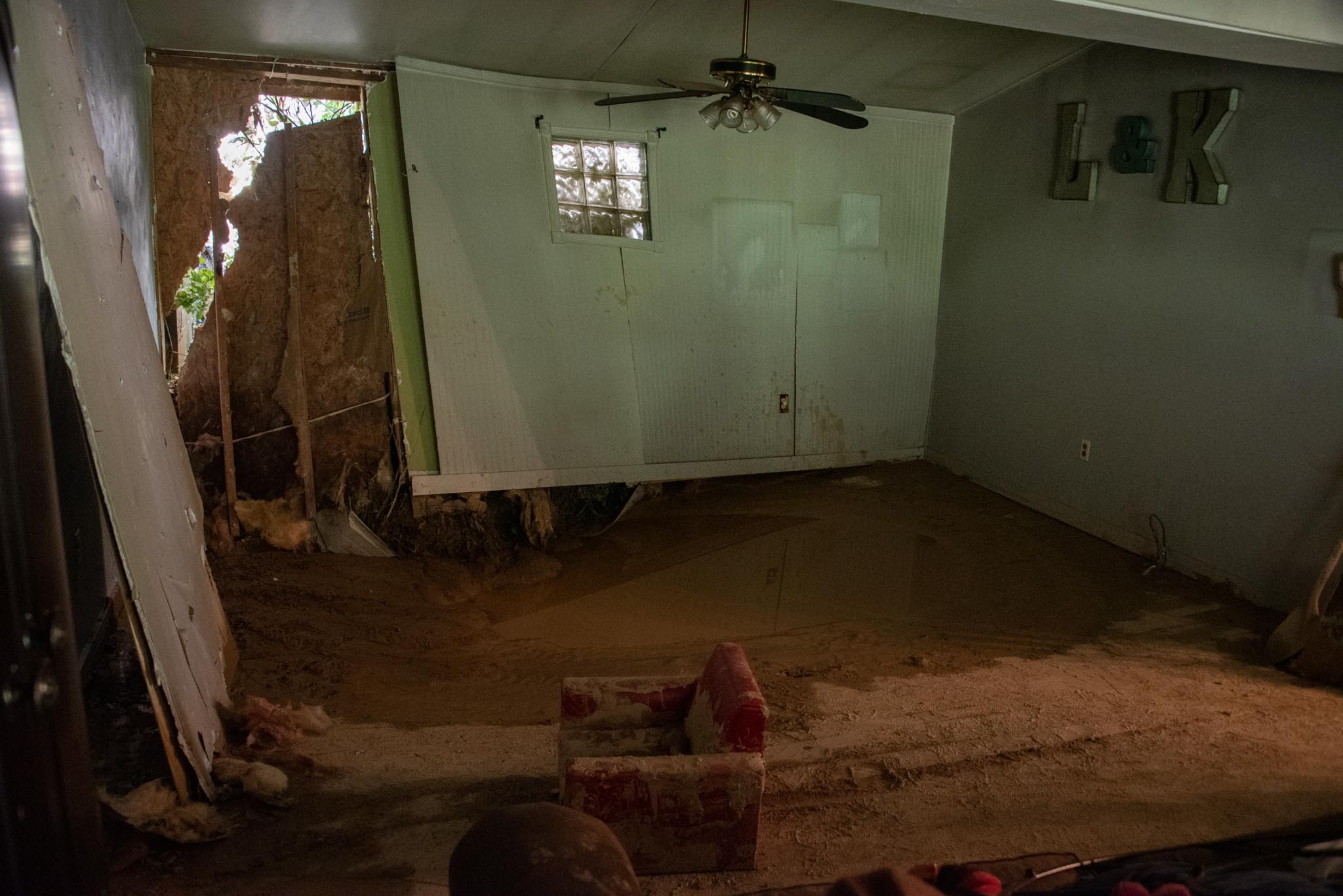 The house of Larry Combs where he says he slept the previous night. He previously told Thacker he was “fine.” Thacker says she’s learning sometimes you have to ask people several times and not take “fine” for an acceptable answer.

When Havanna learns Combs slept there the night before, she becomes stern.

“Well if it’s out there it’s in here too,” Combs replies, before giving in. “I know it’s bad.”

Thacker gently tells Combs that it’s going to be OK.

“There’s no reason to be ashamed for any circumstance that you’re in,” Thacker said. “If we’re not talking to each other and we’re keeping everything to ourselves, we’re not going to get the help that we need.”

Thacker tells Combs that she loves him before turning out the door.

“We’re going to see how ‘fine’ your other people are up in here too,” she said.

It takes hours for Thacker to make the rounds to about a half dozen hollers in Knott County. Everyone is exhausted and wants to show off pictures of their once-beautiful homes.

Even warm, chatty folks like Delena Higgins are left speechless when trying to understand why some were spared and others lost everything.

“I don’t know that everybody will ever be able to get back on their feet,” Higgins said, trailing off. “It’s just, you know, how can you?” 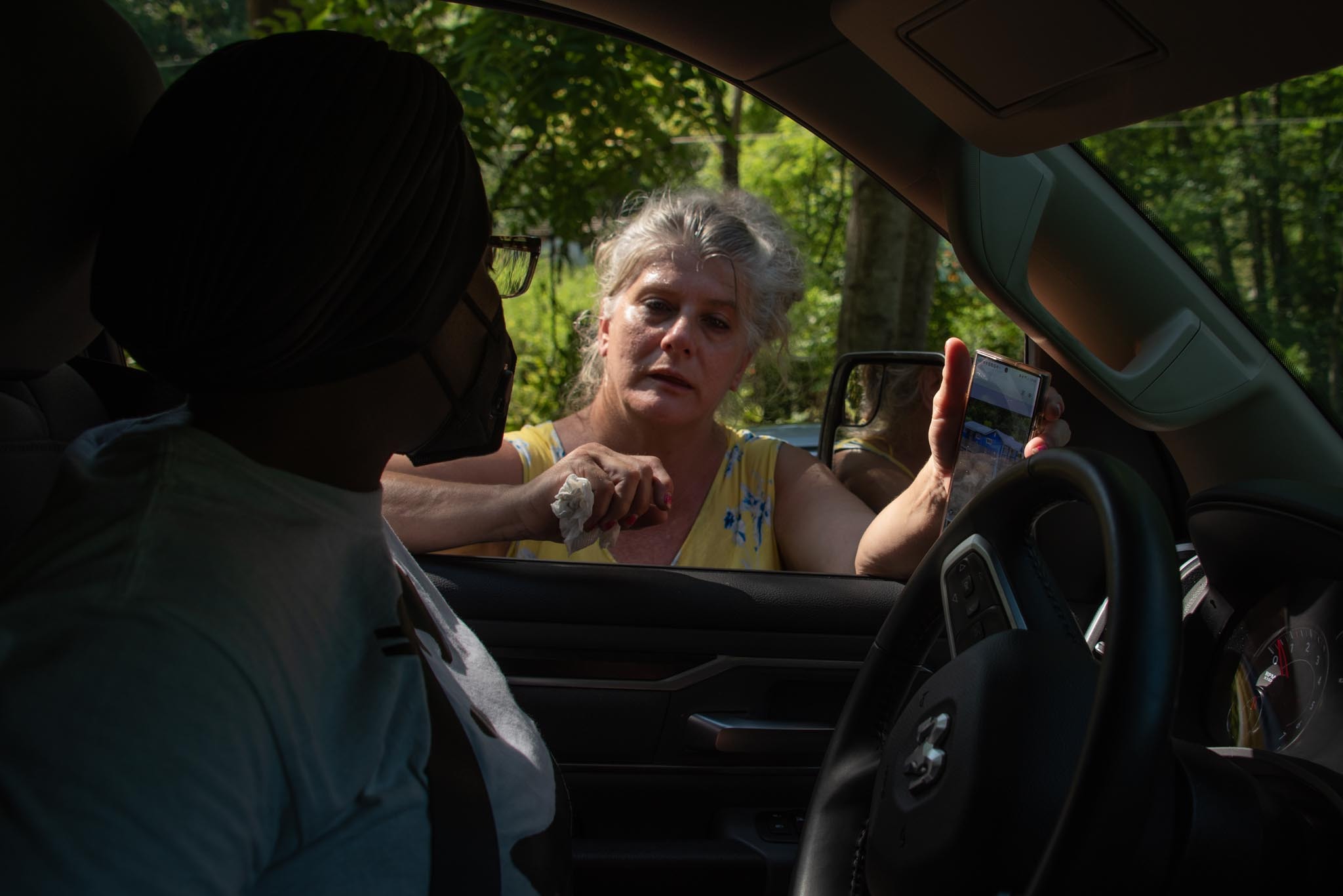 On a trip up remote mountains roads, people like Belinda stop and show Havanna pictures the damage to their houses incurred during the flood. Even those who escaped major damage are still reeling from the impact on their community.

When Thacker finally gets back to the old high school, she walks into the gym, freshly stocked with a new round of donations.

Like a kid on Christmas morning, her tired eyes light up.

“We’ve got more blankets! We’ve got those bags over there! Look at the food table, there’s canned goods above and below the table,” she said, cataloging.

Just before shutting off the lights and heading home, she takes a moment to reflect.

“It’s been a long day. Strangers are becoming family. One step at a time. And learning to be a strong foundation for each other when the roads and everything else is being washed out from underneath us,” she said.

Thacker said she’ll do this again the next day and for many days to come.

Here’s what to expect at the 2022 Kentucky State Fair

Louisville’s Own Triceratops statue gets ‘new lease on life’