A Washington Post investigation finds the Ohio Valley is suffering the most from the surge in overdose deaths due to synthetic opioids, even as deaths from other substances are falling.

The Post analyzed data from the Centers for Disease Control and found the region has the nation’s highest rates of death due to fentanyl.

Kentucky, Ohio and West Virginia together had eight of the 10 counties with the highest annual rate of synthetic opioid deaths between 2013 and 2018, according to the Washington Post’s analysis of CDC data. 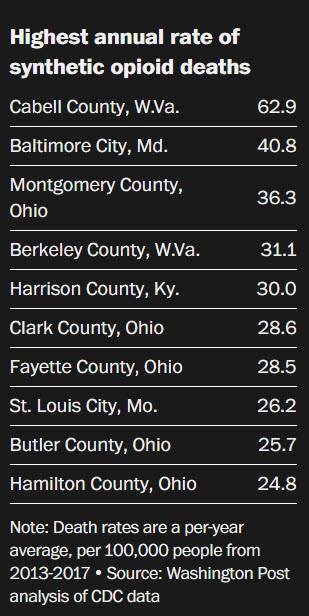 Cabell County, West Virginia, had by far the highest rate with 62.9 deaths per 100,000 people. West Virginia’s Berkeley County was also among the top 10, as were Montgomery, Clark, Fayette, Butler, and Hamilton counties in Ohio, and Harrison County in Kentucky.

National reporter Sari Horwitz and other Post staff visited these counties to learn how they are handling the epidemic.

They found that an early challenge in addressing fentanyl in the early 2010s was that the drug was treated as a subset of the opioid epidemic, rather than its own problem.

“It’s a synthetic opioid, made in a laboratory,” Horwitz said. “It was coming into this country in a different way [than other opioids]. Much of it was ordered in small amount coming from the U.S. Mail system. And how it affects people is different. A small amount, equal to four grains of salt can kill someone very quickly.”

The reporters learned during their time in the hard-hit counties that there is a disconnect between what President Donald Trump is saying about the epidemic and what is happening in these communities.

Trump and his administration have touted their efforts to provide more treatment and recovery resources, increase law enforcement focus and bring national attention to the issue.

Horwitz said this administration has taken steps the Obama administration failed to take, such as declaring a national health emergency, forming coalitions to propose policy and rallying Congress to continue funding resources.

But the situation isn’t as bright in these communities as the White House says. 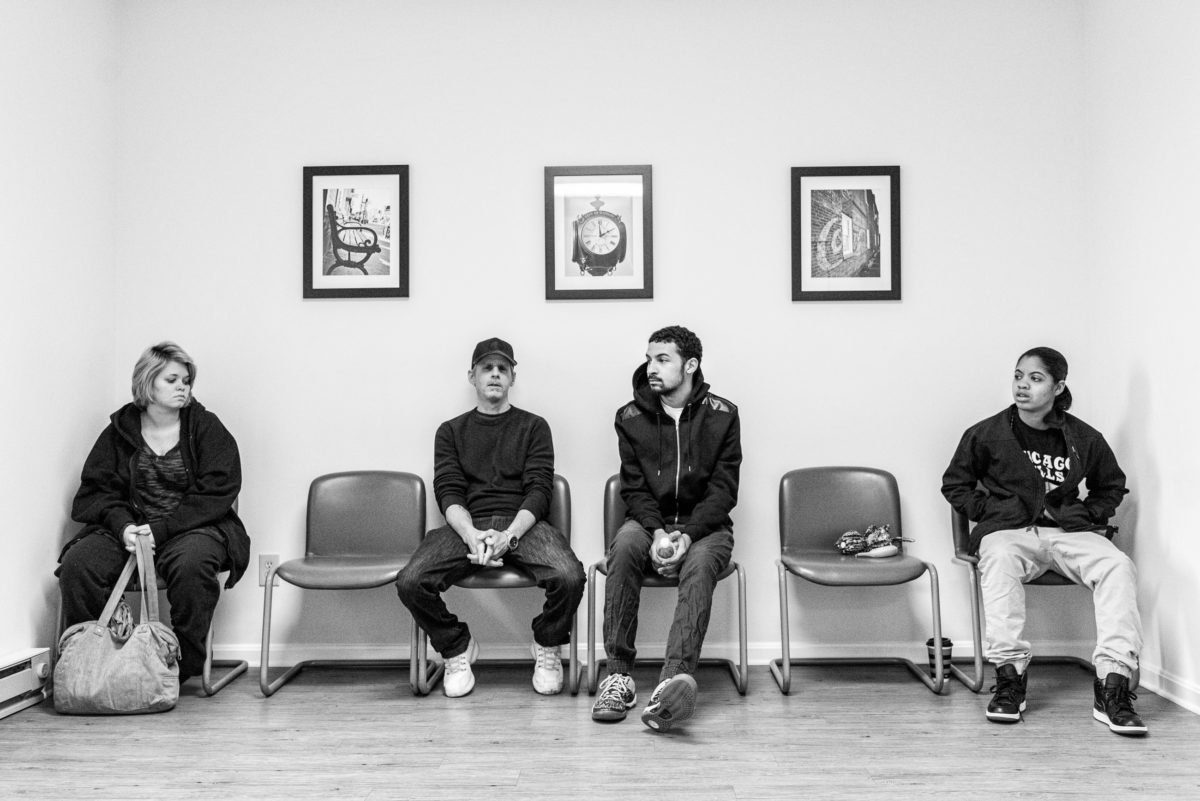 “What we hear on the ground is they’re still not getting enough federal funds and they’re not getting the funds fast enough,” she said. “We spoke with a deputy health commissioner in Fayette County, Ohio, for example. Her name is Leigh Cannon. She said ‘We keep hearing money is coming, but we haven’t really seen it.’”

Local officials are asking for more funds for treatment, law enforcement, child services and health care, among other needs.

The Washington Post article is titled “Fighting Fentanyl” and is part of a series focusing on the toll the synthetic opioids have taken on the country.