Snow, sleet and freezing rain are possible across the region as another wave of wintry weather passes over Kentucky beginning Wednesday afternoon.

Louisville could see as much as one to three inches of snow while a wintry mix remains possible across the state. Ice accumulation of under a quarter inch is possible in southern and eastern Kentucky.

Gov. Andy Beshear said crews are working around the clock to clear roads and prepare for the state’s third winter storm in eight days.

“I’m happy to be able to say we had a relatively quiet night, but let me stress that – even with a bit of a break in the weather – it’s still important to limit travel,” Beshear said.

As of Wednesday morning, about 96,000 customers were without power statewide while another 58,000 customers have already had their power restored.

The state has opened 23 warming centers with another 16 on standby, according to a press release.

Downed trees and power lines remain a problem across the region, especially in the Jackson and Pikeville highway districts.

Kentucky National Guardsmen have also been called into to help with wellness checks, provide transportation to warming centers and help with debris removal.

“We’ll have accumulating snow in the metro tonight somewhere in the one to two, possibly one to three inch range,” Gordon said during a Wednesday press conference.

The weather system should clear out by Friday, but the frigid temperatures will continue with an expected low in the single digits on Saturday.

Metro staff are encouraging people without a permanent home to seek shelter at the Salvation Army and Wayside Christian Mission. 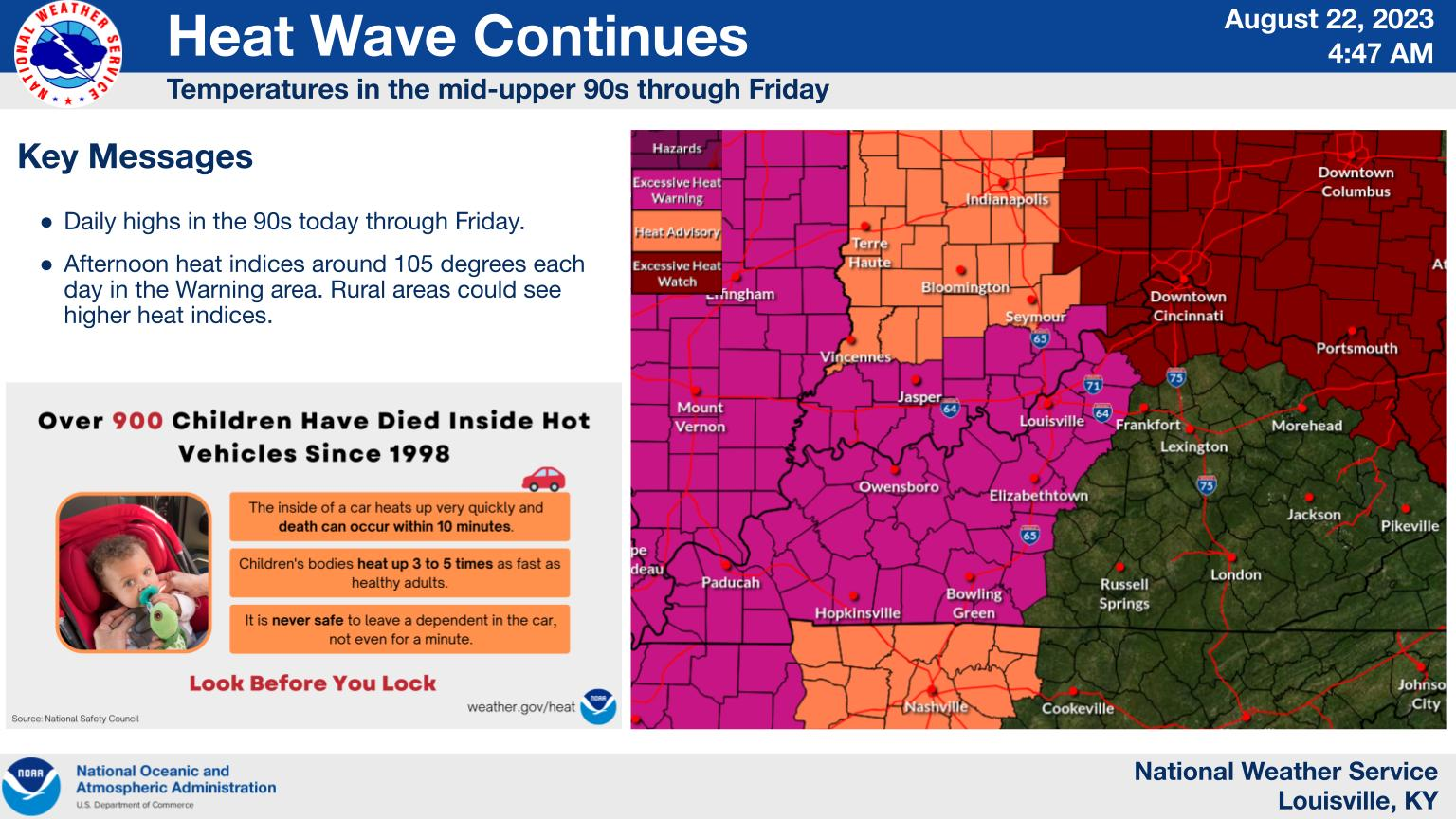