After heavy flooding in eastern Kentucky, locals and officials are frustrated with the federal government’s system for disaster aid. People say the process is confusing, sending some of the most vulnerable through a bureaucratic maze, and sometimes requiring documentation lost during the catastrophe.

Individuals have reported issues with either being totally denied benefits, or receiving a small fraction of aid despite their demonstrated need.

The Federal Emergency Management Agency has some new strategies to try and speed up the process–allowing agents to approve benefits on-site at disaster relief centers, and reaching out to individuals via text message.

Advocates are applauding the move, but are still waiting to see if the changes benefit people in the region.

At the Pine Mountain Grill in Whitesburg, Kentucky, Brenda pulls up a chair to sit with a volunteer at a small legal aid clinic. It’s staffed by a handful of volunteers from across the state – some are law students, others with licenses. Brenda, who didn’t want to use her last name for this story, signs a form acknowledging she knows this isn’t official FEMA advice. 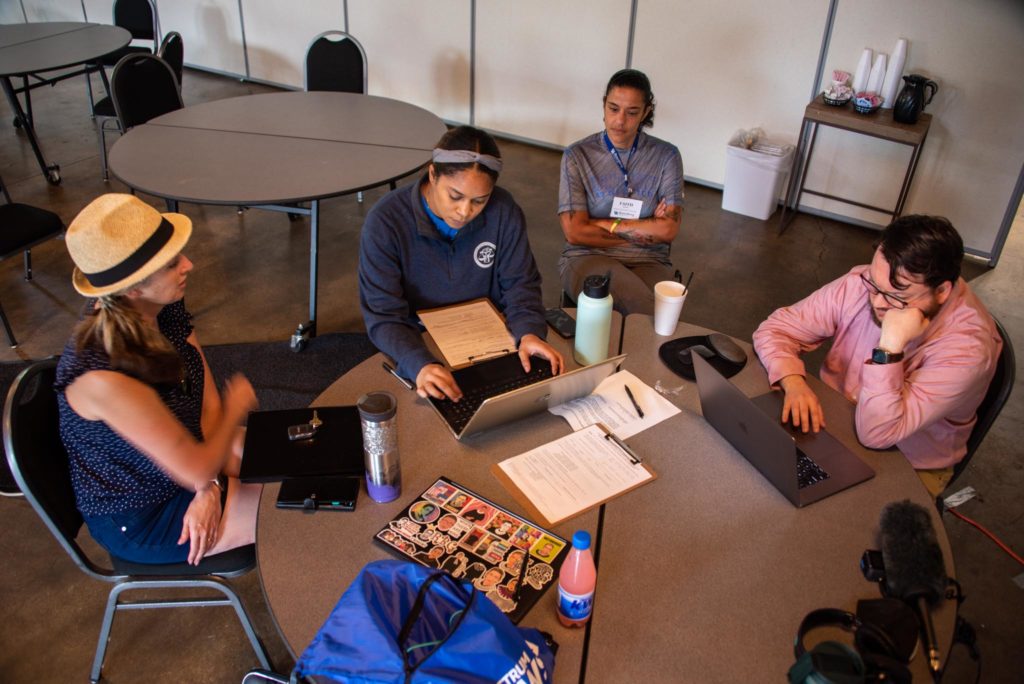 Legal students from the University of Kentucky and Tyler Ward, a Whitesburg attorney, are helping a flood survivor complete their registration for FEMA assistance.

Brenda is one of the more than 9,000 people who’ve applied for federal aid in the aftermath of catastrophic floods. But she only got about $1,000 to help with temporary housing. Nothing to help her with her home where she says she “lost everything.”

After a conversation with a volunteer attorney Lindsay Hart, they think it’s probably because Brenda’s house is registered under her married name. But it’s hard to tell, because she’s been locked out of her online account.

“I kinda feel like that [was the problem], but still it’s just–and even though that man told me that it’s just like,” Brenda trails off shaking her head.

“It’s frustrating that on top of everything else, these little bumps in the road are going to happen,” Hart says, gently touching Brenda’s hand.

Hart, who lives in Louisville now, but grew up in Whitesburg and drove back to help, gives Brenda the same advice she’s been telling lots of folks: “appeal, appeal, appeal.”

Some people are being summarily denied without paperwork like deeds or government IDs which got destroyed in the flood. (In the weeks since the flood, local governments have begun waiving fees and trying to make it convenient for people to get documents they need.)

All in all, Hart says the system is simply too cumbersome.

“This needs to be easier for people,” Hart said. “People do not need to be spinning their wheels worrying about FEMA when they are worried about everything else.”

FEMA said, as of Monday, about 63% of the applications for housing assistance have been approved. A bipartisan array of politicians from Democratic Gov. Andy Beshear to Republican U.S. Senate Minority Leader Mitch McConnell have called on the agency to do better, and say they’re watching closely to see if recent changes improve outcomes.

“I do believe that we can get more people accepted, we can undo denials, by looking at somebody face to face who has approval authority over the claims themselves,” Beshear said. 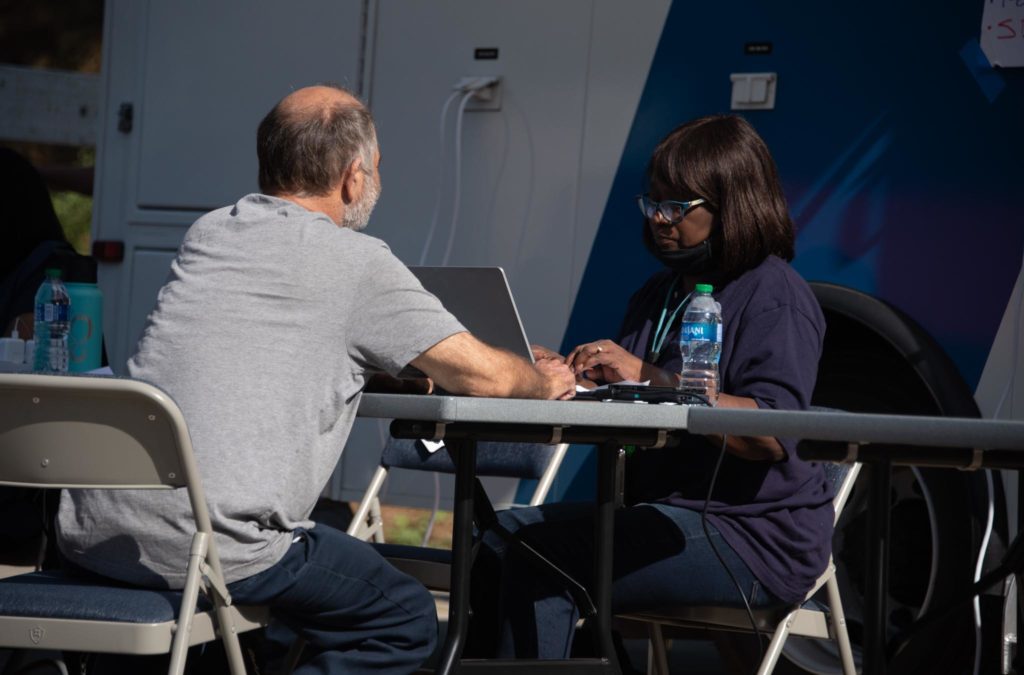 This week it was announced that FEMA representatives in eastern Kentucky can approve or deny claims for assistance in-person. Legal helpers and state officials hope that will reduce the amount of claims that are denied due to insufficient paperwork.

Legal helpers say the on-site approvals and text messages are a big step in the right direction. But instant eligibility decisions still don’t mean people will know how much aid they’ll get – and the agency has been sued in the past for that process being too secretive.

D’Lorah Hughes, a professor at the University of Kentucky law school who’s been sending students to the legal aid clinic, said the system needs to improve.

“If I was going to pick something to change, it would be the transparency of whatever the process is for not only accepting or denying a claim but then determining an amount of what folks are getting,”  Hughes said.

According to an Ohio Valley Resource analysis of the most recent public data from FEMA, the median award amount for eastern Kentucky flood victims is $2,200 for housing and other needs.

Bryan Miller, a FEMA liaison, said if flood survivors get less aid than they expected, they can appeal the amount of aid – not just the yes or no decision.

“If you think or feel that something is wrong, get a contractor to come out there, record the disaster related damages, you write an appeal letter, [and] you send that to FEMA,” Miller said.

Miller said it’s also important that people understand: FEMA is not an insurance company. Its aid programs are designed for just the bare minimum. For a one- or two-person household, that might mean just a habitable bedroom, a kitchen, a bathroom, and maybe a small TV.

“FEMA’s program is one that just provides a little bit of money to get you jump started on your road to recovery,” Miller said. “It does not make you whole.”

For many of the flood survivors, that road to recovery may be a long one. And Gov. Beshear said he’s committed to holding FEMA accountable so the aid for that first step is distributed effectively.

“My goal is to be relentless. We need this to work,” he said. “FEMA’s gotta get it right. It may take more steps, but I want to credit them with taking a couple new steps we’ve never seen anywhere else that I think could help people.”

Beshear said the proof will only come out in the numbers, and that’s something the state will be watching closely in the weeks to come.

Louisville’s sewers are smelling up the place