Letting the sunlight in: When Appalachian solar dreams become realities

The promise of solar energy for small, rural communities, and particularly those recovering from the decline of the coal industry, is twofold: job creation, and revenue.

Money is flowing into solar energy— the Appalachian Regional Commission just funded a major regional solar financing program, and a massive solar farm may be coming to Martin County, Kentucky.

These projects are part of what advocates say is a regional trend towards a new green energy economy, and a boom in solar that’s currently financed by a whirlwind of venture capitalists, federal grants, and regional and local investors.

A Massive Solar Farm on a Former Strip Mine

Edelen Renewables, spearheaded by Kentucky Democratic politician Adam Edelen, is planning a new two hundred megawatt, solar development on an abandoned mine site – the Martiki mine site in Martin County. With a planned 100,000 panels on a couple thousand acres, it’s a massive undertaking, set to happen on what was once a giant surface coal mine. The solar company is leasing land atop the old Martiki mine, and construction is slated to begin in 2022. 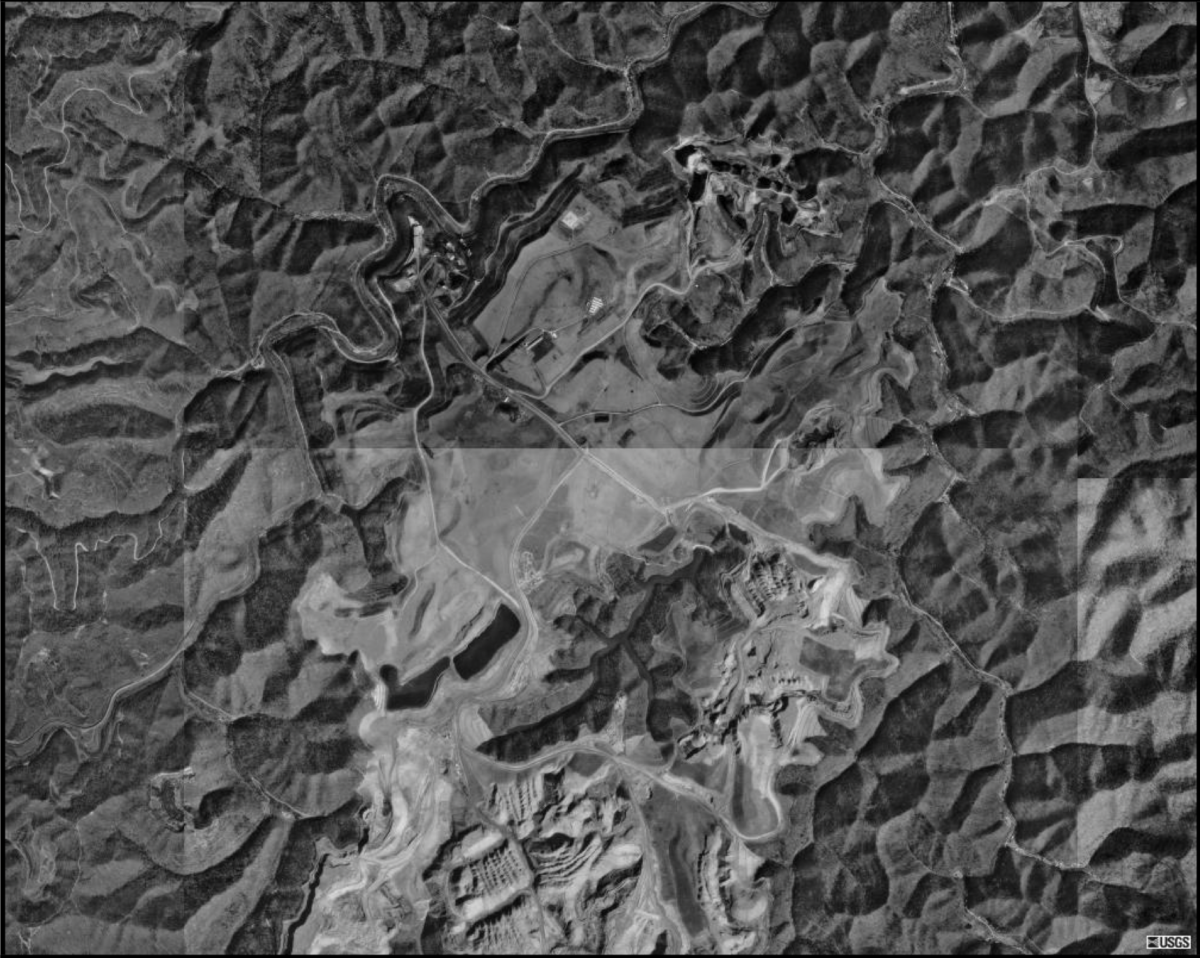 In many ways, it’s a dream scenario for advocates of abandoned mineland repurposing.   In an opinion piece for the Kentucky Herald-Leader, Colby Hall, described the project as an example of hope of a “rural renaissance”. Hall is the executive director of economic development organization Shaping Our Appalachian Region (SOAR), whose board includes US Congressman Hal Rogers and Kentucky Governor Andy Beshear.

Hall’s article seems to suggest it’s full speed ahead for solar – what once was a dream, is becoming reality.  But reality can be thorny.

Few places know that better than Martin County, Kentucky, which sits in the rural coalfields of east Kentucky, across the Big Sandy River from Mingo County, West Virginia. The county has a 34.4% poverty rate as of the 2019 Census, and has long dealt with job scarcity, declining tax revenue, and well-documented water infrastructure issues.

The project is billed as a massive achievement and investment in a place that desperately needs the resources. Edelen estimates the project will generate $300,000 per year in revenue for Martin County’s government, for a period of about thirty years.  “At 200 megawatts it would be the largest solar project in Appalachia,” Edelen says,  “and certainly the first large scale utility project on a reclaimed mountaintop removal site.”

According to a survey of local residents, Martin Countians were excited to hear about the project. But they also have a few questions they want answered, before they throw their full support behind it.

“Understandably, people are a little bit skeptical of how it’s gonna affect that land, the wildlife that’s there,” says Elizabeth Stayton, a college student born and raised in Martin County, who helped to conduct the survey. “And also will it positively benefit people that live in Martin County?” 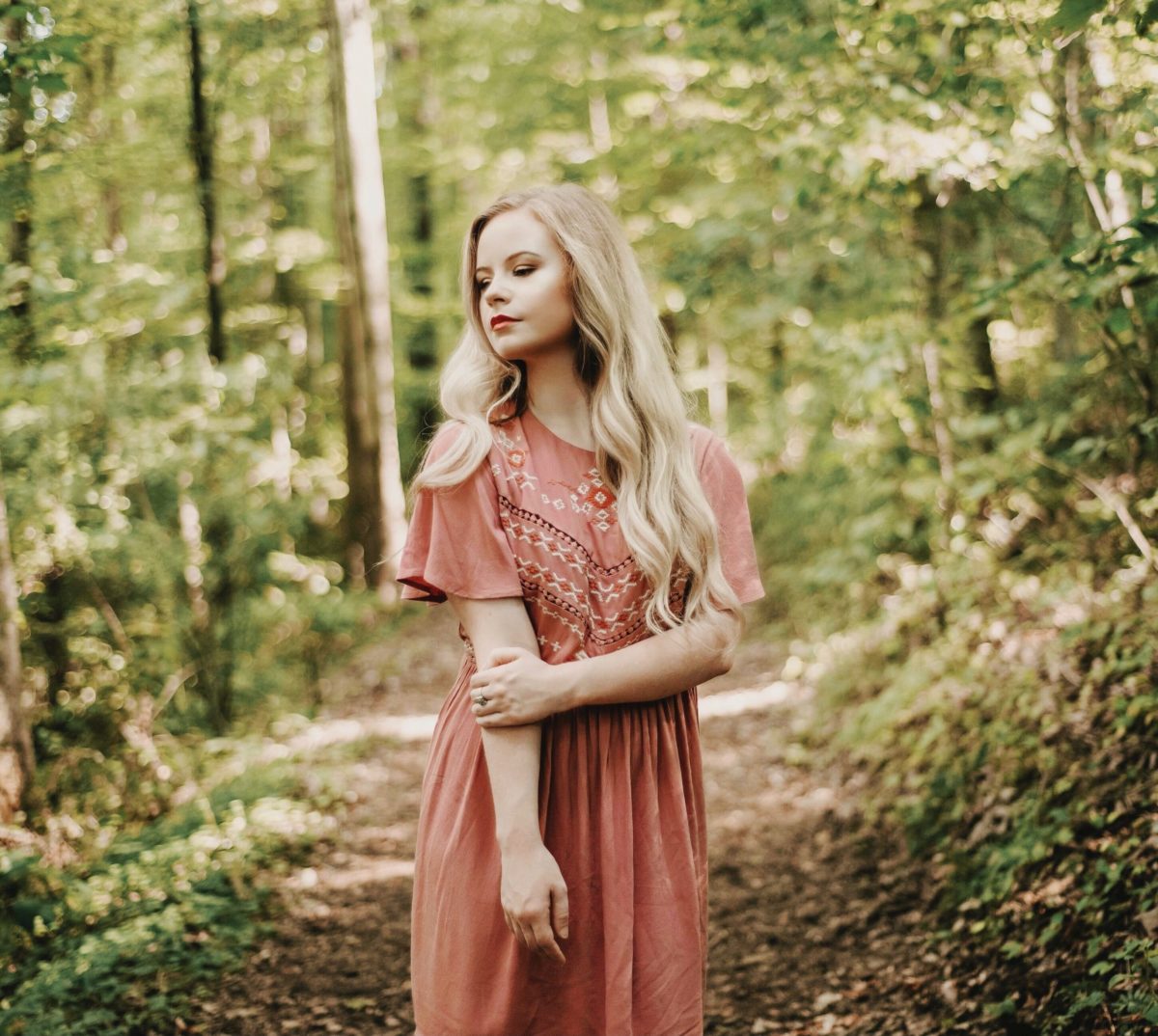 Stayton remembers being told that the site would bring 250 to 300 jobs to the county, which was an incredible number.  “They kind of glazed over the part with that they’re 18 months, temporary jobs,” Stayton said.

While 18 month jobs are still better than no jobs, she knows young people in the county need more lasting promises if they’re going to stay. The promises to employ out-of-work coal miners were nice, too, and a popular framing for Appalachian economic development projects, but Stayton mentioned that there are lots of people needing good jobs in Martin County who have never mined coal – and that most local coal miners she’s aware of were laid off in the early 2000s, and have likely found work. As of 2021, there were only 26 Martin Countians left working in the coal industry.

Another element of public concern, Stayton said, is access to the site. The old Martiki mine site in Martin County, Kentucky has had an active afterlife. After many years as one of the largest employers in the county, described as “the second largest mountain-top strip mine in the United States” in 1982, the mine was retired and partially reclaimed.  18,000 acres of land remained privately owned, but some of that land was slowly retaken by Martin Countians with a need for open space to hunt, fish, and ride ATVs. Some graze their cattle there. There’s also an old graveyard at the site, which is overgrown.

While there has been discussion of maintaining ATV right-of-way, it’s private land, Edelen says. And it’ll need a lot of improvements to be a safe worksite; a Public Service Commission hearing on the issue discussed the need for ground stabilization.

Losing access to that land is a real possibility, and one that, for some, echoes the old laws of mineral rights and broad form deeds – when the coal company could claim land rights.  A 1981 study found that absentee landowners, mostly coal, timber, oil, and other large land-holding companies, owned 43% of Appalachian land; a new land study is currently underway to reassess those findings. University of Kentucky Researcher Karen Rignall works with the land study, and it’s that work around land access that piqued her interest in the Martin County Solar Project.

To answer that question, Stayton and Rignall  helped design and distribute a survey with Appalachian Citizens’ Law Center, local community activists and the local newspaper.. Respondents werewho were reached online and in person at various grocery and dollar stores in the county. They were, were told about the Martin County Solar Project and asked about both the county’s economic needs, and their own. In the community solar survey, 37% of respondents listed “Jobs” as  the county’s most pressing need, followed closely by “clean water”. Many stated hopes that new industries would bring vocational training to the area

The survey is public, and Rignall hopes that it sends a signal to both Edelen Renewables and Martin County officials that the county’s people not only have opinions, but want to be consulted.

In a county where many feel let down by their representatives, and by perceived trails of broken promises, the project could make a difference by soliciting real community input – not just from elected leaders, but from ordinary people at the Dollar General. Rignall believes that community engagement is essential if renewable energy projects are to avoid falling into patterns the coal industry made familiar, and gain real community trust.

“So how do you leverage this kind of project, to make those kinds of investments, and really rethink the way development is done in these communities?”  Rignall said. 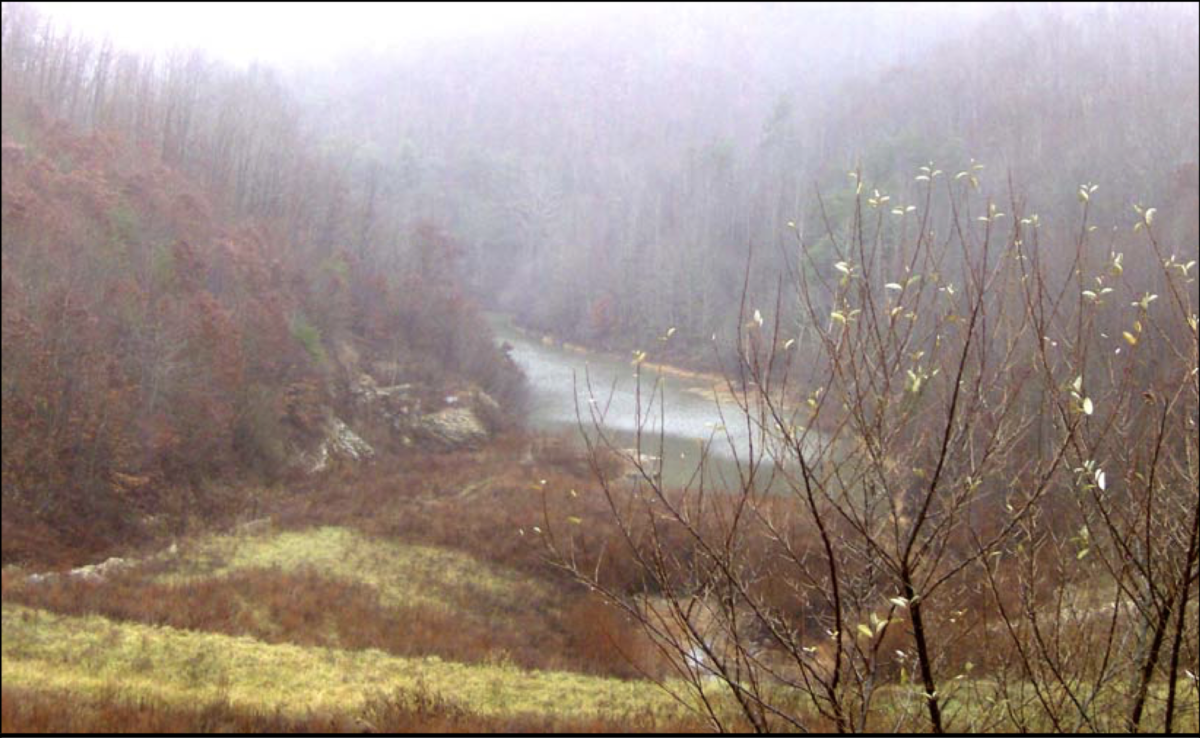 Peter Cave Lake, a popular recreation site on the Martiki mine

Josh Caudill is a union carpenter, a millwright by trade, and a former coal miner himself.  He now wanders the state of Kentucky working on solar projects, building solar fields like the one coming to Martin County.

Caudill is quick to say he’s pro-coal, but believes solar power deserves to be a part of the energy mix.  as a worker, he feels he’s built on skills he previously had, and has received training that’s allowed him to increase his earnings.  That, he says, is because of his union, the Indiana/Kentucky/Ohio Regional Council of Carpenters.  Says Caudill, one way to ensure the community benefits from a solar project is to hire through a unionized contractor.  “It’s a win for the employer,” Caudill says. “We’re faster and we’re trained better.”  The jobs might be temporary, but a union opens up apprenticeship and training opportunities for workers that allow them to get ahead permanently.

Some survey participants said the prospect of that many new jobs is exciting, but others had hoped there would be more permanent benefit to the county.  About eleven or twelve permanent jobs are set to emerge from the solar farm, and unlike the construction jobs, Edelen has not promised these to local workers. Edelen hopes to benefit local workers through technical training and certifications, and particularly through a partnership with Big Sandy Technical College.

But even eighteen months is better than nothing. Stayton is excited about the possibility of jobs for her county, and hopes that Edelen will focus on hiring locally.

Other models of investment are emerging as solar gains more traction in the Appalachian coalfields and across the Ohio Valley. The Appalachian Regional Commission recently announced recipients of the 2021 POWER grant – funding intended to spur economic growth.  Among a slew of broadband and tourism projects was one large regional solar project, known as the Solar Finance Fund.

With a $1.5 million dollar grant, the project’s team – including regional organizations like Appalachian Voices and Invest Appalachia – hope to seed solar throughout the coalfields. According to project manager Autumn Long, the hope is to invest in medium-scale solar projects that often slip through the cracks – bigger than rooftop solar, but still on a much smaller scale than Edelen’s project. Long envisions nonprofits, public buildings, and municipalities seeking funds from the program. “Community benefits are really central to the goals and vision of this fund,” Long said.

The word “community” can mean a lot of things, and the Martin County survey team hopes to underline the importance of not just community leaders’ opinions, but the thoughts, feelings, and opinions of as many everyday people as possible.

Ultimately, say members of the Martin County survey team, the hope isn’t to discourage solar development, or sow any kind of distrust. Stayton, Rignall, Mooney, and others have long been proponents of solar energy in the grid.  It’s more about underlining what economic transition really means – not just a replacement for the coal industry, but a new way for communities to interact with and participate in economic development.  They’re looking at models for this, particularly Community Benefits Agreements, or CBAs, which bind companies and local governments legally to an agreed-upon set of community benefits like local hiring, environmental sustainability, living wage, and more.

Rignall says these kinds of processes can help projects of any size. Taking suggestions and feedback from the local community is needed to build trust, and also to make   sure that the community actually benefits.

“There is no reason why you couldn’t forge this more collaborative model at either scale,” Rignall says, “and you can have the same pitfalls at either scale. It’s about how it’s done.”

The community survey’s results were released in the form of a report, which will be available to the public soon. 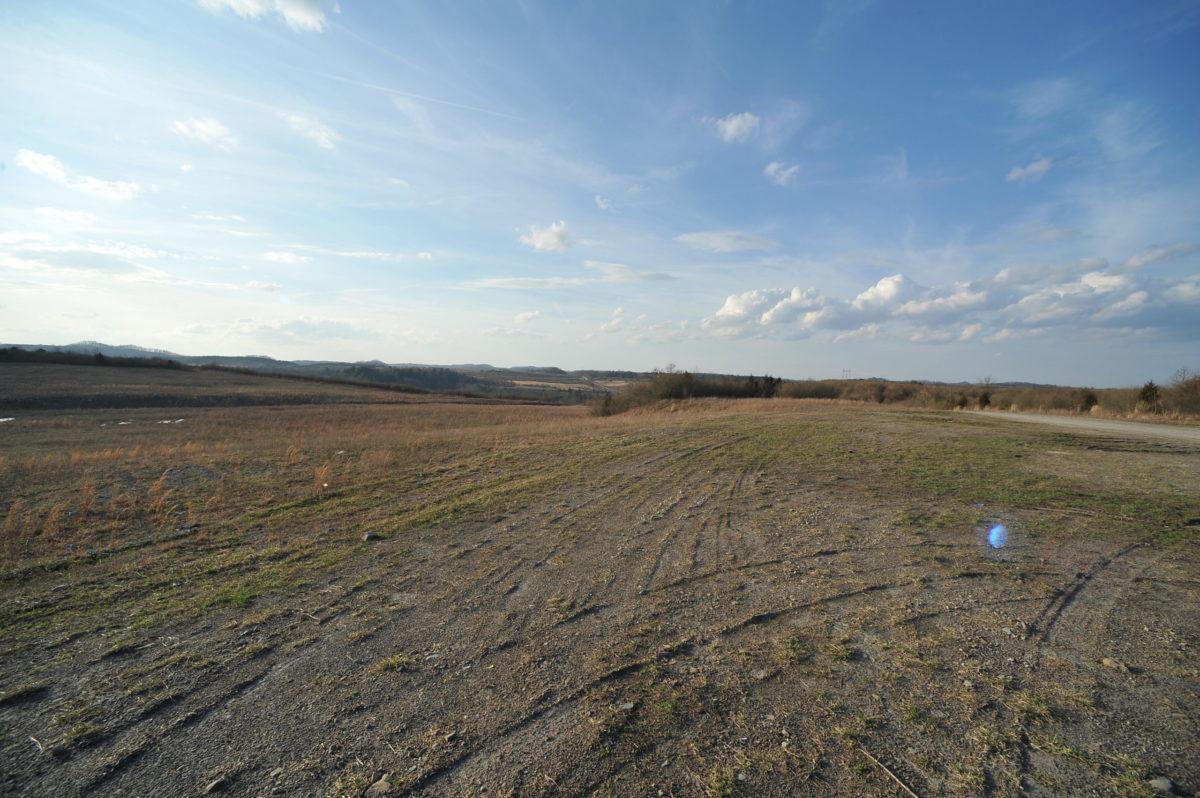 ATV trails on the Martiki mine site.