On Earth Day, President Joe Biden convened world leaders for a climate summit, where he laid out an ambitious goal for U.S. policy on climate change.

“The United States sets out to cut our global warming emissions in half by the end of the decade,” Biden said. “That’s where we’re heading as a nation.”

But Biden has 50 votes in an evenly divided Senate, and unless he can persuade a Republican to cross the aisle, he can’t get anything done without West Virginia Democrat Joe Manchin.

As Biden attempts to cut carbon emissions and clean up the electric power sector, Manchin can shape energy legislation to help Appalachian coal communities that have lost jobs.

Manchin has a unique and powerful position in Washington. His influence on energy policy could have tremendous influence on the state, the Ohio Valley region, and the nation at large. 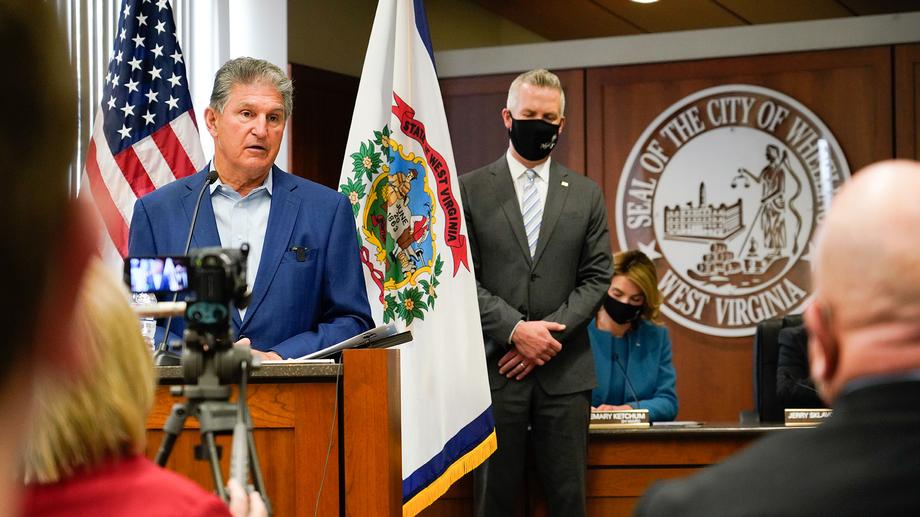 “As chairman of the Senate Energy and Natural Resources committee, ensuring all coal miners aren’t left behind as America transitions to a cleaner energy future is one of my top priorities,” he said at an event on Monday about the energy transition hosted by the National Press Club.

West Virginia has lost more than 10,000 coal jobs since 2011. Those jobs are not likely to come back as coal has fallen out of favor to natural gas, wind and solar for producing electricity.

Manchin wants to preserve as many of the remaining coal jobs as he can.

He’s pushing for federal funding to develop carbon capture and storage technology, which could help extend the life of some coal-burning facilities.

Carbon capture and storage has long been an elusive goal for the Department of Energy, which invested heavily in research projects to remove CO2 from coal power plant emissions. Similar efforts to apply the technology to commercial facilities have also failed.

Manchin wants tax credits so that solar panels and wind turbines can be built in West Virginia by workers who have been laid off, instead of being made overseas.

“Please give them a chance,” he said. “They’ll build you the best darn windmill you’ve ever seen; the best solar panel.”

He opposed Neera Tanden, Biden’s nominee to lead the Office of Management and Budget. Tanden withdrew her nomination last month.

He’s pushed back on parts of Biden’s $2 trillion infrastructure plan, including the size of the tax increases that would pay for it.

James Van Nostrand, who teaches law at West Virginia University and is director of the Center for Energy and Sustainable Development there, said Manchin is in a good spot for his state.

“He’s got a lot, a lot of clout right now,” Van Nostrand said. “And he’s, you know, in a real critical position to be able to do some good for West Virginia.”

So far that clout has translated into funding for the state and appointments for West Virginians. He’s been much sought after by news reporters.

“It’s got to be kind of fun for him,” Van Nostrand said. 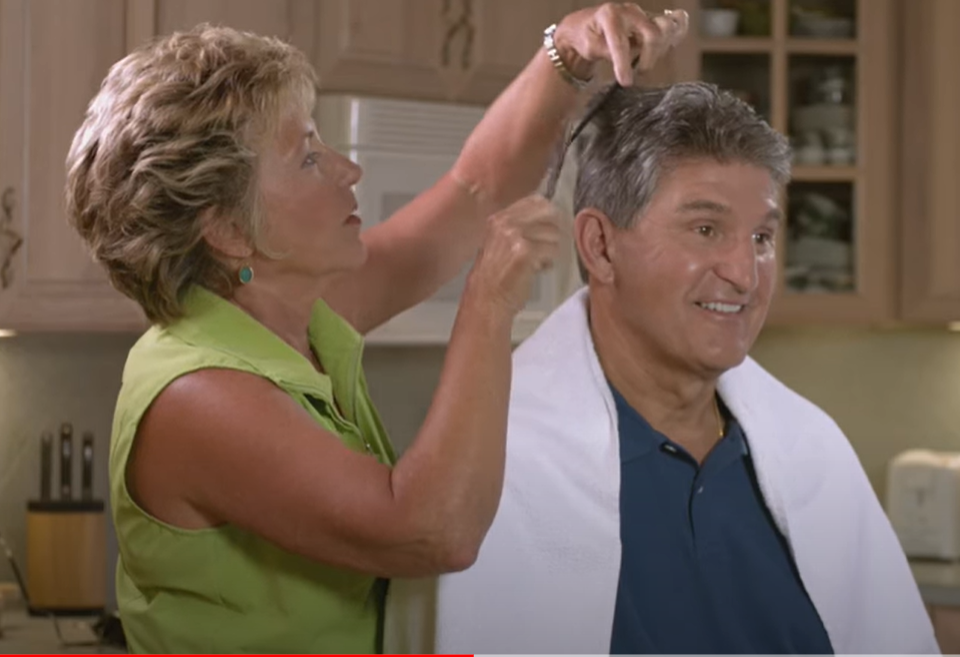 This month, the Energy Department announced a $15 million grant for geothermal research at West Virginia University.

Brian Anderson, who heads an Energy Department laboratory in Morgantown has been appointed to lead the administration’s work group tasked with assisting coal and power plant communities.

Anderson will serve as executive director of the White House Interagency Working Group on Coal and Power Plant Communities and Economic Revitalization.

The geothermal research in Morgantown is part of $109.5 million in Energy Department funding intended to support job creation in communities hit hardest by the decline in fossil fuels.

“The coal and power plant workers who built our nation can play a huge role in making America’s clean energy future a reality,” Energy Secretary Jennifer Granholm said in a statement.

The initiative includes money for research into extracting earth minerals from coal waste as well as carbon capture and storage.

Manchin praised the White House for its focus on helping places that contributed to the nation’s economy for many generations.

“I am encouraged to see President Biden acknowledge these contributions and start to allocate the resources that will be required to reinvest in these communities who have suffered huge job losses,” Manchin said in a statement.

Granholm knows Manchin from the days when they were both governors of Michigan and West Virginia, respectively. His Senate committee confirmed her, and she considers him a partner.

“He is an ally in this fight,” Granholm said. “He wants to make sure that coal miners are not left behind.”

In the coming weeks and months, the White House will be making more calls to Manchin’s office. And that could be a lifeline for struggling communities in West Virginia.