Serving Those Who Served: Veterans Pantry Program Reaches Out To Hungry

Napoleon famously said that an army marches on its stomach; troops must be fed in order to fight. But what happens when that army faces hunger after marching back home?

Federal statistics show tens of thousands of U.S. military veterans struggle with homelessness, hunger and food insecurity. As the holiday season approaches, a pilot program in the Ohio Valley aims to serve those who served their country.

“I am almost the favorite because I am the cook,” she said with a laugh.

DeCarli is the kitchen supervisor and has been at the center for five years. Each day she prepares hot meals for the 50 veterans residing at the temporary housing facility. As the weather turns colder and the holidays get closer, more hungry veterans are expected to reach out to the center for a warm meal and a place to lay their heads.

“I see that on a weekly basis,” she said. “It’s a sad thing to see. They come in, down and out and hungry, skinny, and when they leave they are happy, fat and, hopefully, out to live a successful life.”

The Department of Housing and Urban Development estimates 39,000 veterans were homeless in 2016. In the Ohio Valley region estimates show around 1,500 homeless veterans. In an effort to reach out to those veterans, Feeding America, the nation’s largest hunger relief organization, has partnered with the U.S. Department of Veterans Affairs in the first Veterans Pantry Pilot Program.

A veteran at Pennyroyal shared his story. Because of his circumstances, he did not want to share his full name and instead went by his initial, H.

He is recovering from double-bypass heart surgery after several years on the move from one job to the next. As he traveled the country he met pockets of veterans who he said could really benefit from the pantry program. But he said these veterans can be hard to reach.

“They don’t like the government, any government,” H said. “They feel used and betrayed and reaching out to them is extremely difficult.”

However, some do visit VA clinics, centers and hospitals for health screenings. That is where Chad Morrison, executive director at the Mountaineer Food Bank in Martinsburg, West Virginia, said he and other food providers can step in.

“We started asking the question, ‘Are there veterans that are coming to their hospital that are having food insecurity issues?’ And the answer was yes,” Morrison said. “We started brainstorming what could we do about it.” 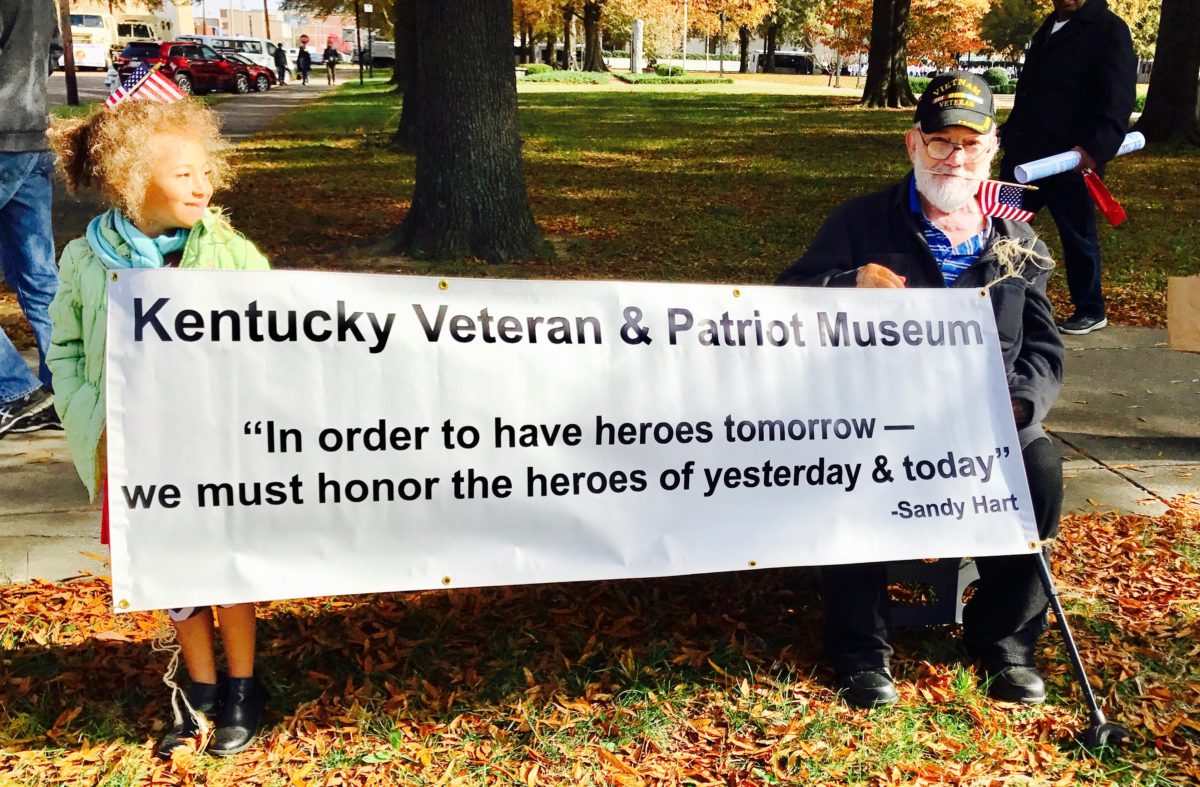 Morrison said not all VA locations have the resources to provide the space for food or the additional staff. Under the pantry program, VA health care providers ask patients whether they have run out of food or struggled to pay for it within the past three months. If they say yes, patients are connected to a local food pantry or community program.

Only 10 hospitals in the U.S. have signed up for the pilot. Three of those are located in the Ohio Valley region. West Virginia has two participating VA hospitals, in Martinsburg and Beckley, and Ohio has one in Cincinnati.

‘We cook with love’

“Got the broccoli and cheese and have some garlic bread here,” she said, looking over the steaming pots and dishes. “Ms. Dora is making Chicken Alfredo and we have lima beans boiling back here, seasoned with bacon grease. Like I said, we cook with love.”

Mr. H said he will be standing in line. He said he doesn’t know what he would do without a place like Pennyroyal, which is providing the around-the-clock care needed after his extensive surgery.

As he spoke, he shared some of the conflicted feelings many veterans have when they find themselves in need.

“Being here is not a privilege, it’s not a right, it’s an accessible honor,” he said. “It’s something I earned, but it doesn’t mean I am entitled. Nothing is free.”

Kentucky Facing a Third Wave Of COVID-19 As Cases Rise

This Week In Conversation: Bracing For A Fall COVID Surge