Far from the ocean and Puerto Rico’s famous beaches, narrow roads wind into mountains not unlike the country roads of our home, West Virginia. After hours of driving we reach a rural community in the island’s center called Tetuan Tres. Like so many places in rural Appalachia, you don’t come here accidentally.

We’ve come to learn more about how families here are recovering from natural disaster, and what it might teach us about the ways West Virginia communities can cope with devastating floods.

“No pensábamos que eso iba a ser tan grande,” Ana Molina Santiago said. They didn’t think the storm would be so big. But it took everything.

“No guardamos nada,” she said. It left us with nothing.

She and her husband run a Pentecostal church out of their home in Tetuan Tres. For years they have also opened their home and cared for youth and adults with special needs.

After Hurricane George, 20 years ago, their daughter had to move in with them. Now, Hurricanes Irma and Maria have forced their granddaughter and great-grandchildren to move in as well. 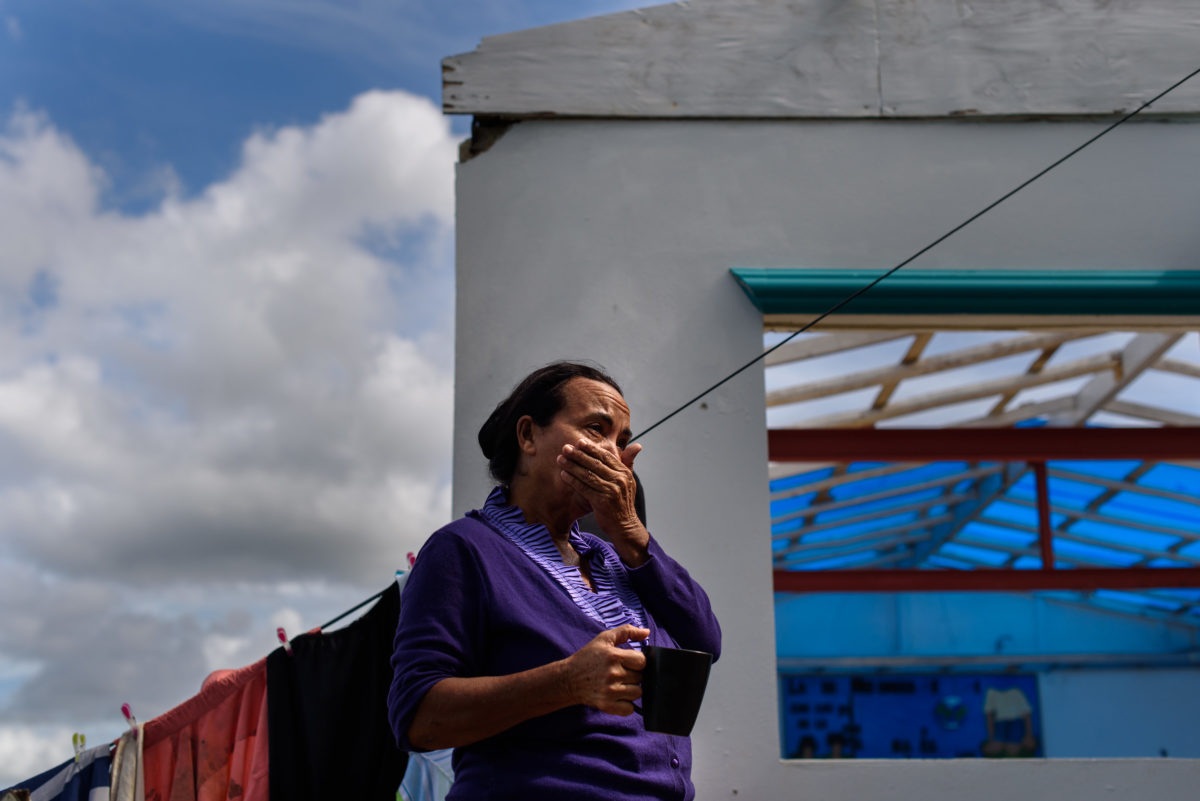 Living in a house with so many people has not been easy.

“My husband sacrificed and got a generator so that the children sleep OK and aren’t too hot,” she said. “The mosquitoes are relentless. The big sacrifice is the cost of the gasoline.”

Thousands of Puerto Rican households are still without power. Government officials in the nearby town of Utuado say there are places where power may never be restored.

It was there in Utuado that we met one West Virginia businessman who is trying to bring light to these island families. Ruston Seaman is president of New Vision Renewable Energy, which builds and distributes small solar powered lighting kits. 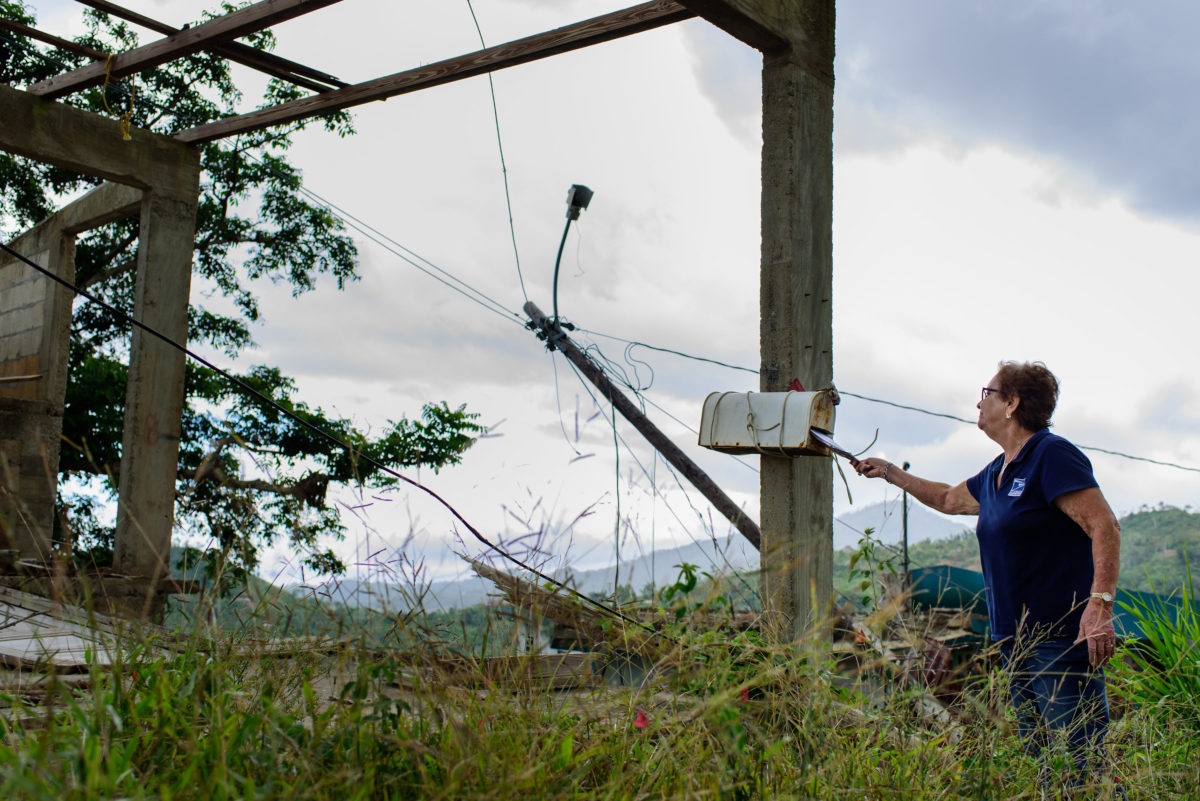 Months after the storms many communities on the island have no electricity.

Seaman has hit an unexpected snag, however, due to the Trump administration’s trade dispute with China. Earlier this year Trump imposed new tariffs on some solar panels as part of his “America-first” approach to trade. But Seaman is worried that the tariffs are leaving a lot of Americans in the dark.

A pastor in his small town of Philippi, West Virginia, Seaman has come to Puerto Rico to carry on what he calls a West Virginian tradition of taking light into dark places. But instead of coal, he’s using sunlight.

“So this will give you about five hours of lighting,” Seaman said, pulling out a solar powered light his organization developed, one bright enough to illuminate a room. It’s a little bigger than a shoe box and made with recycled political signs, of all things. 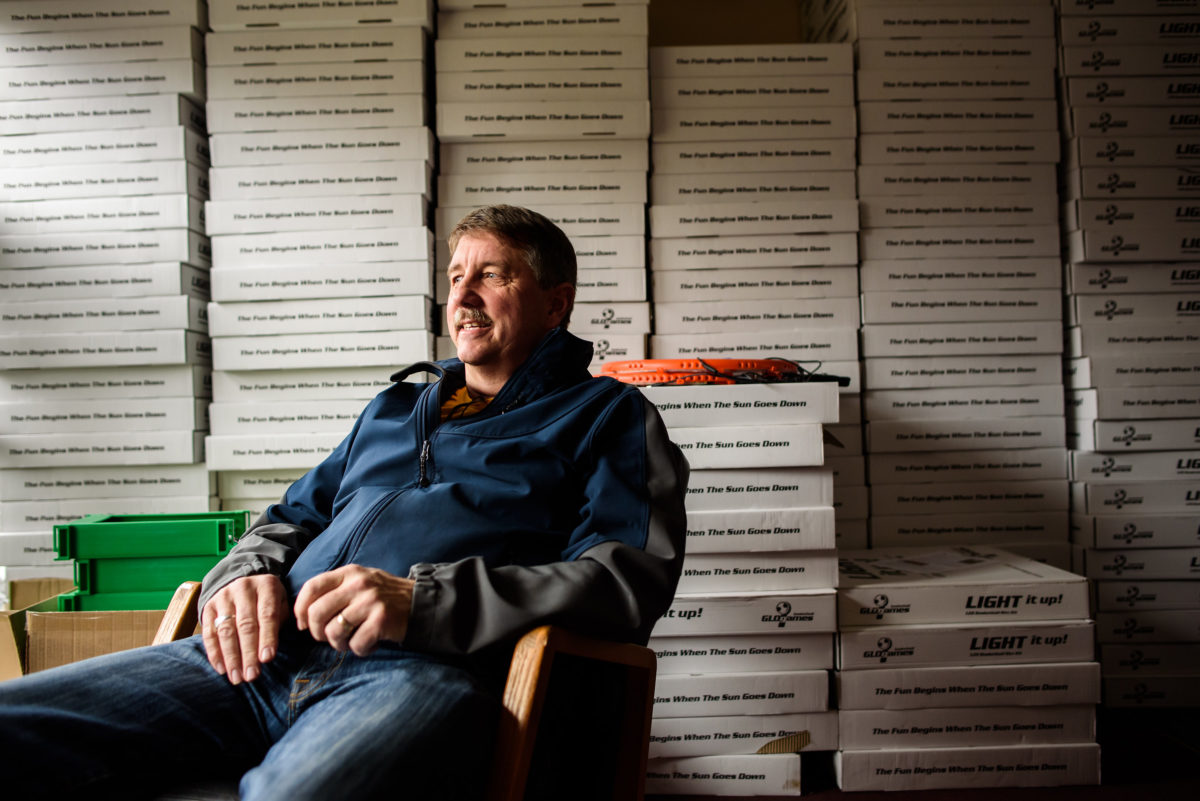 “They don’t think of the consequence for a problem like Puerto Rico,” Ruston Seaman said of the solar tariffs.

“It gives enough light to the whole house so that families can be productive for at least a few hours after the sun goes down,” Seaman said.

Seaman partners with local entrepreneurs in affected regions like Puerto Rico. In the last four years his nonprofit has equipped rural, energy-deprived communities in about 40 countries with 3,900 solar light kits and the skills to maintain them.

“What we want to do is end up providing kits of supplies, empowering people to do assembly work in their own neighborhoods,” he said. “That’ll be a good day.”

Back in West Virginia, a group of 4th graders at Philippi Elementary School assemble the casings. Sierra Croston is among the students fitting the cases with reflective material and LEDs. Then the final touch. Students sign each light and include personal notes.

“All my friends in Mr. B’s classroom made solar lights for all of you in Puerto Rico,” she read from her note. “We are very joyful that we got to help you and your friends and family in Puerto Rico. I wish one day when I’m older I can visit Puerto Rico and meet you and other people. I hope the solar lights work and you enjoy them.” 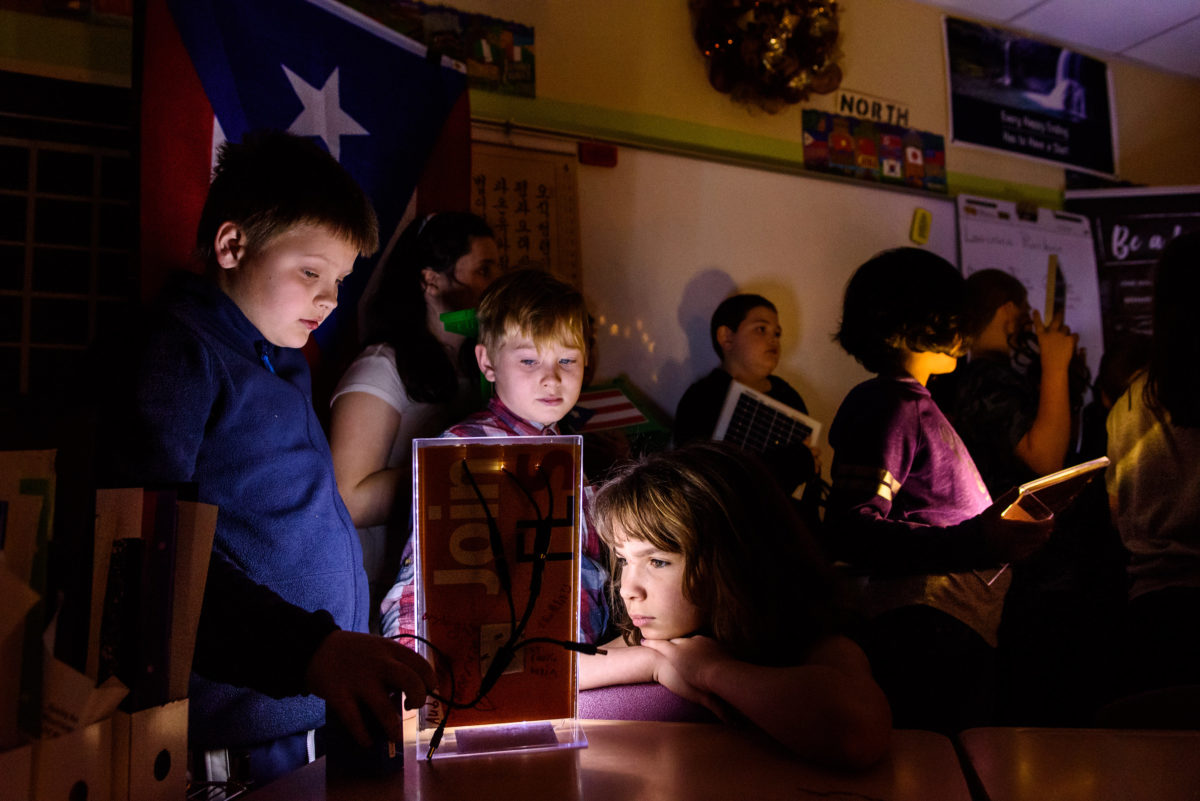 Seaman says moments like these create purpose in the lives of his community. That purpose, he says, promotes mental health in places like West Virginia and Puerto Rico where poor economy and natural disaster combine to create some harsh realities.

West Virginia has suffered through numerous flash flooding disasters and not far from where these children are working there are rural towns still recovering.

But while Seaman works to develop stronger communities around the world, as per his mission, he hasn’t developed a lucrative business model with these lights. And the new tariffs on some solar components further complicate matters.

He said each kit costs about $110. He relies on donations to cover the cost of batteries and solar panels. So it came as a shock when he discovered the panels were 30 percent more expensive in light of the Trump administration’s new tariffs.

“We should be receiving incentives because we’re trying to help people in need of assistance,” Seaman said. “When they do a big global tariff they don’t think about the consequence to a problem like Puerto Rico.” 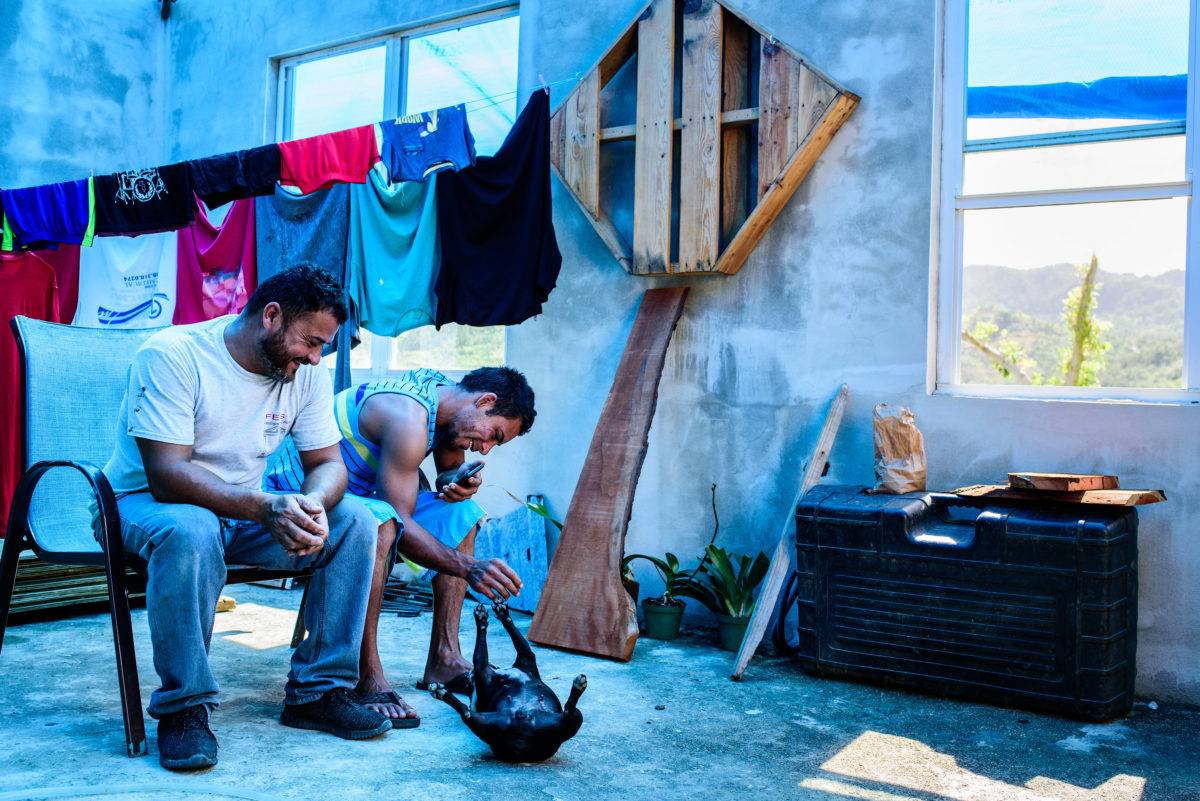 Thousands of Puerto Ricans are without power as a new hurricane season approaches.

But Seaman isn’t too discouraged. He said governmental hang ups are something he’s become accustomed to in his work around the world.

“It slows us down. It doesn’t stop us,” he said. “Because there really are no options. Families can’t produce their own energy plant or they have to use gasoline generators. And we believe solar power in many applications is better than gasoline generators for making lighting for families.”

About 170 of his solar light kits are inbound for Puerto Rico. Local partners on the island say the lights will go to people still trying to recover, as well as those preparing for the coming hurricane season.