A recent report from the Centers for Disease Control offers a stark example of the declining power of medicine’s most important weapons against infectious disease. The CDC noted that a patient who died at a Nevada hospital last year had an infection that was resistant to 26 different antibiotic treatments. That’s essentially the entire antibiotic arsenal doctors had.

There’s an antibiotic problem in the U.S. Some just aren’t working anymore as resistant bacteria, so-called “superbugs,” are growing. Part of the problem lies with farms, where massive amounts of antibiotics have been used on livestock, including animals that aren’t even sick.

A new regulation from the Food and Drug Administration taking effect this month aims to decrease the agricultural use of medically important antibiotics — the ones also used to treat people. The rule has raised questions in farm country and sparked debate among public health advocates who worry that the new mandate doesn’t do enough.

Dr. Rusty Ellis is an acute care physician at Baptist Health Hospital in LaGrange, Kentucky. Patients come in with staph infections, urinary tract infections, and sepsis. But the antibiotic quick fix for infections isn’t as easy as it used to be. He’s seeing a lot of patients with strains that resist antibiotics.

“This is Leviquin,” Ellis said, holding an intravenous sack of antibiotics. “It still works in some instances, but it’s become fewer and fewer pathologies we use this in.” 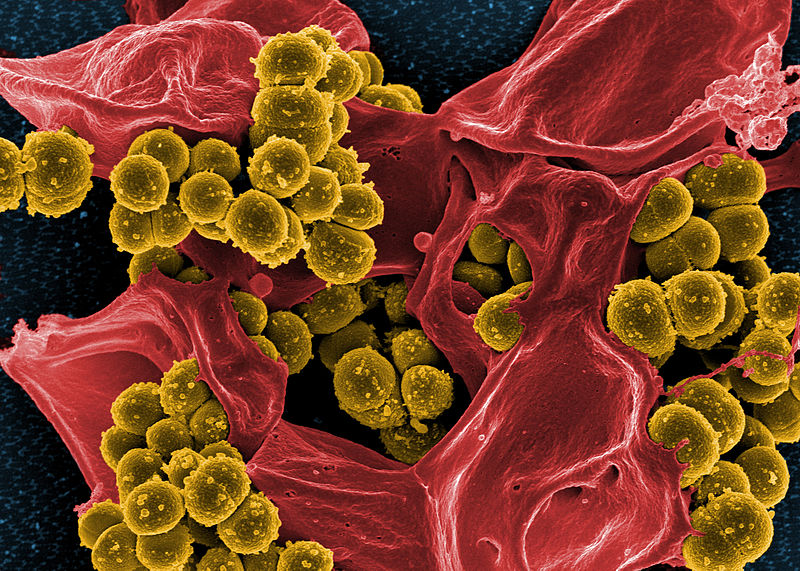 This story on antibiotic resistance hit close to home for ReSource reporter Nicole Erwin, who has firsthand experience of the illness that these bacterial strains can cause. Read more >>

That’s because Leviquin has lost some of its effectiveness. Leviquin was also once widely used on livestock before the FDA banned its use on animals more than a decade ago.

“Whatever you’re giving your cows, those bugs can become resistant,” he said. “It’s not any different from us.”

Take enough antibiotics, and your system can build resistance. And those bugs can hop from person to person. The same thing can happen with livestock on farms. More than half of the antibiotics sold for livestock use in 2015 were also of the types used in human medicine, and a strain that becomes resistant in animals won’t necessarily stay down on the farm.

It’s such a problem that the World Health Organization held its first summit on the subject last fall. The W.H.O. says resistant strains of bacteria can increase the likelihood of death and make people sicker for longer. 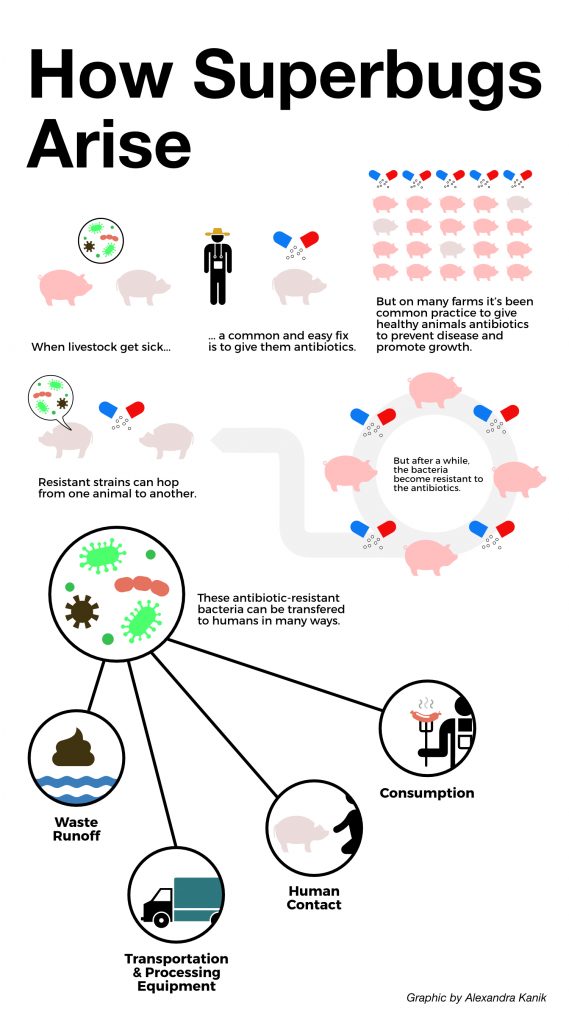 Ellis can’t make a direct link between resistant bacteria cases he sees in the hospital and the antibiotic use on farms in the surrounding county. But he knows resistance can arise with any indiscriminate use of antibiotics, and he knows the pressures doctors face to prescribe them.

“I had a patient that I didn’t have a reason to give them an antibiotic and that person got really upset with me,” Ellis said.

It’s hard to say no to a patient. Doctors wrote 47 million prescriptions in 2015 for antibiotics that were medically unnecessary, according to the Centers for Disease Control and Prevention.

“You want to please the person that’s spending the money to come see you, because this is a service-based industry,” Ellis said.

Veterinarians face similar pressure. Many farmers have become accustomed to easy access to antibiotics mixed with animal feed to promote growth and prevent disease among healthy animals. The new FDA rule restricts that use and requires a farmer to get a vet’s prescription for preventative use. 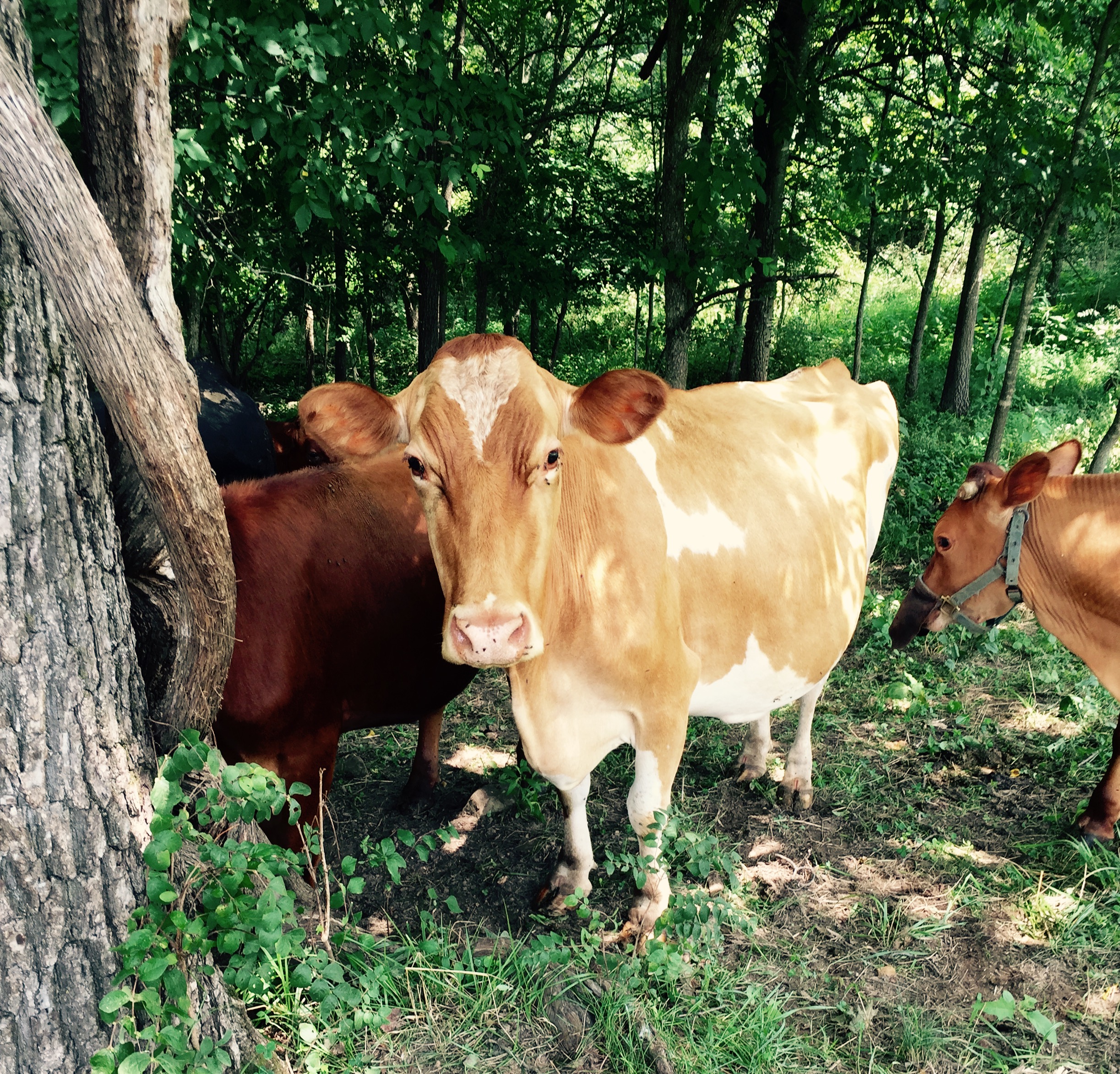 Bacteria that gain resistance to antibiotics in livestock can leave the farm via manure runoff, human contact, or vehicles and equipment.

Patrick Butaye, a professor and vet at Ross University on the Caribbean island St. Kitts, teaches a lot of students going into work on farms in the U.S. He doesn’t think antibiotics should be used on healthy animals and he tries to teach his students that. But he knows that with this regulation in place, vets will have to make some tough decisions.

If doctors are known to give into patients begging for an antibiotic, who’s to say vets won’t do the same with farmers?

“Antibiotic resistance should be a concern for everyone,” said Lucky Pittman, director of the Breathitt Veterinary Center. “But I think food animal production is unfairly targeted.”

The center provides diagnostic data to aid veterinarians in making appropriate treatment decisions. Pittman has a unique perspective on the matter. He is a scientist, veterinarian, and a cattle farmer. He said the new regulation means people will no longer be able to “just go buy tetracycline and feed it willy-nilly.”

But he also thinks it will be burdensome to both farmers and vets because of the paperwork it will generate. 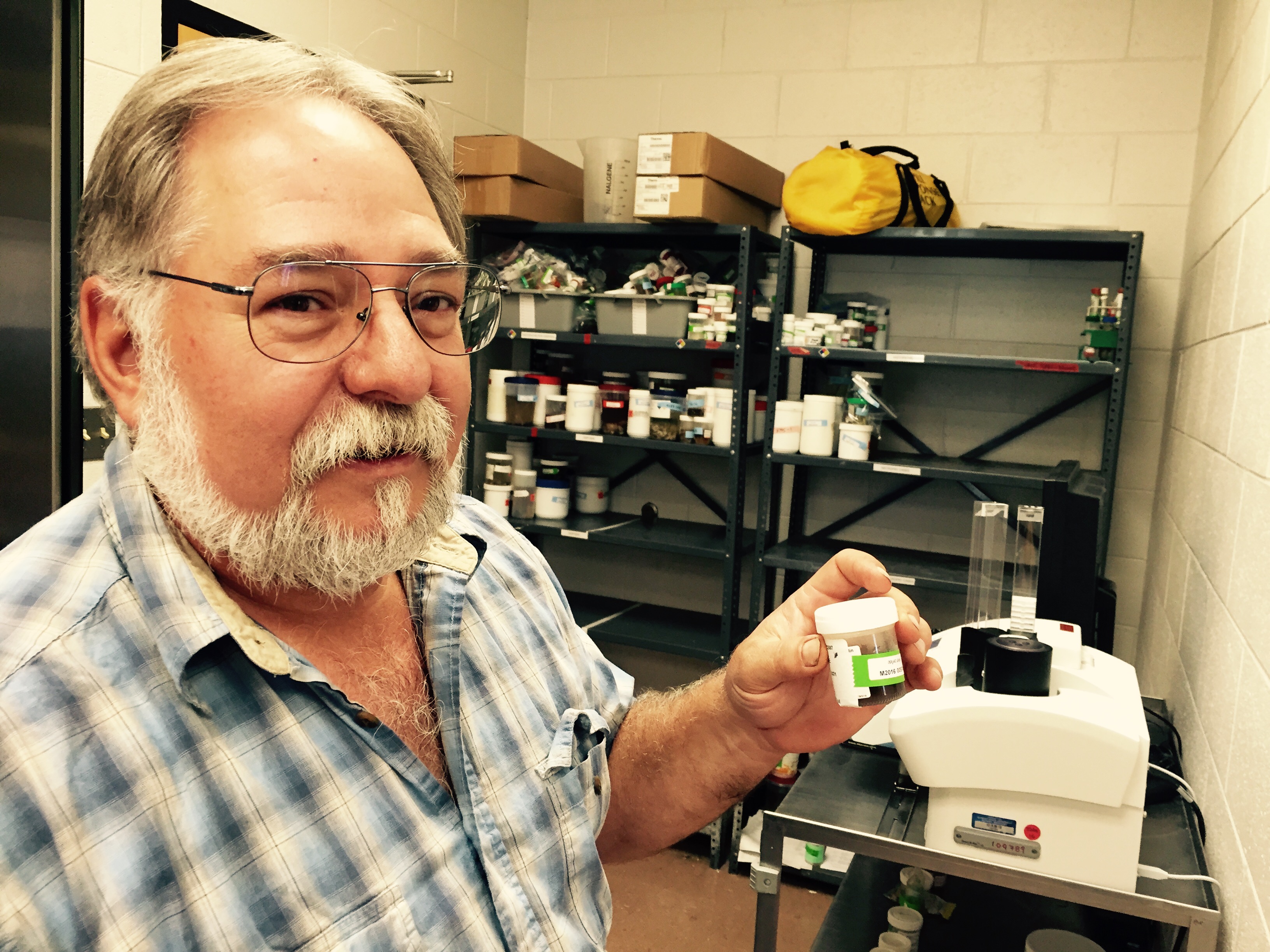 Pittman said vets and producers alike will be required to keep all paperwork associated with any antibiotic orders for two years. This implies that a regulator might use the information gathered to perform an audit.

FDA spokesperson Juli Putnam said implementation of the rule will involve “risk-based general surveillance, as well as for-cause inspection assignments.” If an offender is caught, Putnam said the FDA would “collaborate with state regulatory partners and state boards of veterinary medicine” to enforce compliance, which could involve a fine or revocation of a vet’s license.

Some public health advocates are concerned that enforcement may be weak. However, some trends already underway in the industry show a willingness to move away from antibiotic use.

Nancy Butler still works on the Calhoun, Kentucky, farm where she was born. Back then, the family grew tobacco and soybeans. Now she raises chickens, one of the biggest agriculture money makers in this region.

For the past 20 years Butler has contracted her two chicken houses to Perdue. Butler describes herself as a small producer, even though each of her houses holds 25,000 chickens per contract. Here’s the remarkable thing about those chickens: not one of them is raised with antibiotics. 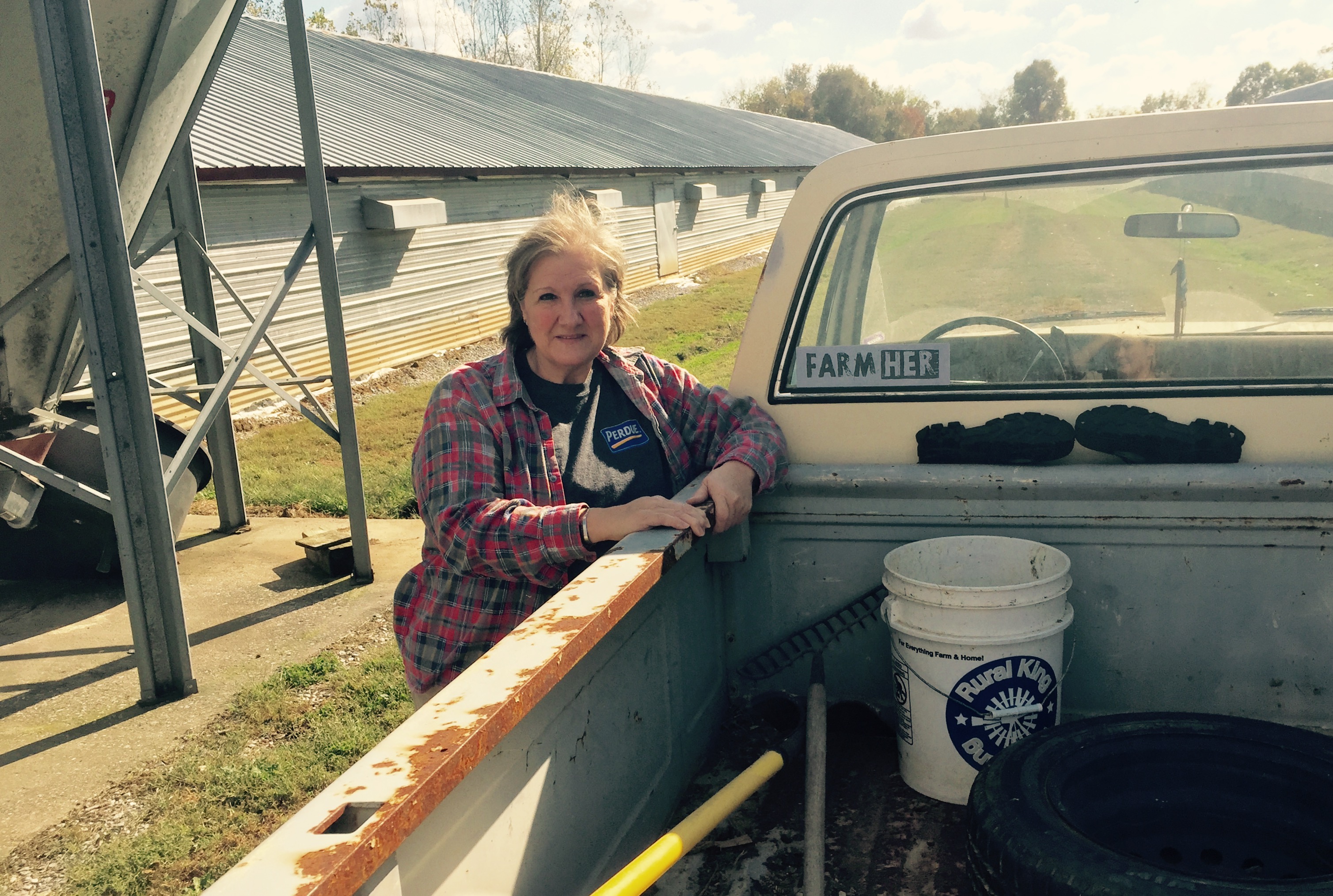 Farmer Nancy Butler raises her thousands of chickens without any antibiotic use.

“So many people are making that choice, to go antibiotic-free, because we have a lot of sickness in this country,” Butler said. “I believe it can be remedied if we would just be more vigilant in what we are consuming.”

Perdue started moving away from antibiotics 14 years ago, well before the newest government regulation. Butler said the switch hasn’t been a problem. She can still meet the pressure to produce bigger birds at a cheaper rate.

Butler’s farm shows that chickens can be produced efficiently and humanely without antibiotics.

“It has been a long journey,” Perdue senior vice president Eric Christianson said, explaining his company’s “No Antibiotics Ever” approach. “Fundamentally the challenge was: If we can raise healthy chickens and healthy animals without using antibiotics, then why wouldn’t we?”

Perdue growers do things public health advocates say the chicken industry should do to prevent disease.

“We have loosened up our flocks so the density is not as tight,” Christianson said. He admits that those practices lower efficiency somewhat. “But the trade-off is that you’re raising healthier chickens. We’re not trying to be a factory farm. We’re trying to do things the right way.” 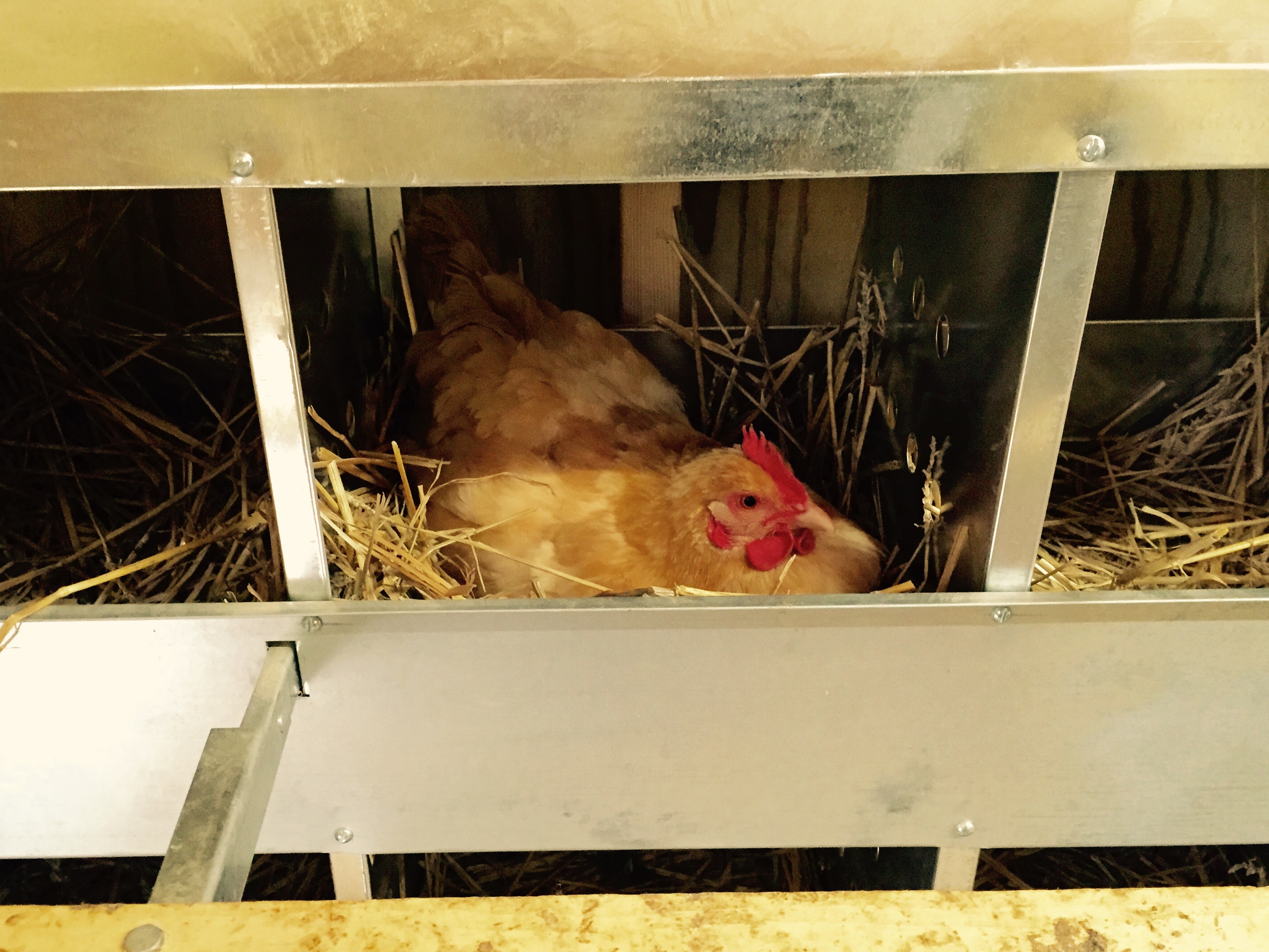 For decades, many healthy chickens were routinely fed antibiotics to prevent disease outbreak and to promote rapid growth.

This is where the industry is divided. Some want to end all use of antibiotics, as public health advocates urge. Others say some medically-important antibiotic use — as the new FDA rule allows — is okay. For instance, Tyson Foods will comply with the regulation, but that’s as far as they and their farmers will go.

Christine Daugherty is Tyson Food’s vice president of sustainable food production. She said that by the end of this year, Tyson will no longer use antibiotics used in human medicine.

“We know those are the ones that are the most sensitive and we want to try to eliminate those in our broiler chicken,” Daugherty said.

Public health advocates are urging industry to go further than the new FDA regulation, which they fear will not do enough to prevent the rise of superbugs.

“Our highest priority is to eliminate the routine use of medically important antibiotics on livestock and poultry because of the threat it poses to human health,” said Matt Wellington, a public health advocate with the environmental group PIRG.

Wellington said the new rule’s allowance for preventive use means medicines important for human treatment will still be used on animals that aren’t sick, potentially contributing to resistant strains that can easily escape a farm. 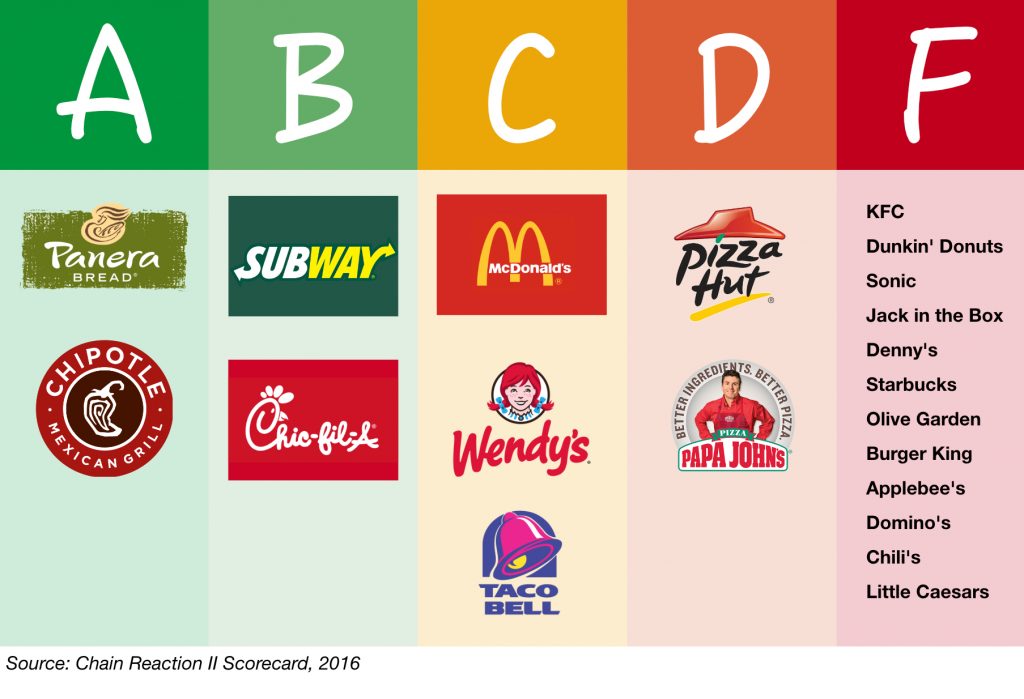 PIRG and other public health groups are putting pressure on the big buyers, such as restaurants and fast food chains.

“We want them to commit to only buy from farms that don’t use this routinely, only for sick animals,” Wellington said.

So when activists from the Natural Resources Defense Council visited various KFC locations last year, they weren’t out for an 8-piece meal. NRDC’s creative campaign used an advocate in a chicken costume covered with giant pills. That’s right: a chicken on drugs.

“We’ve been drugged enough!” the chicken character squawked in a video shot in front of a KFC store. 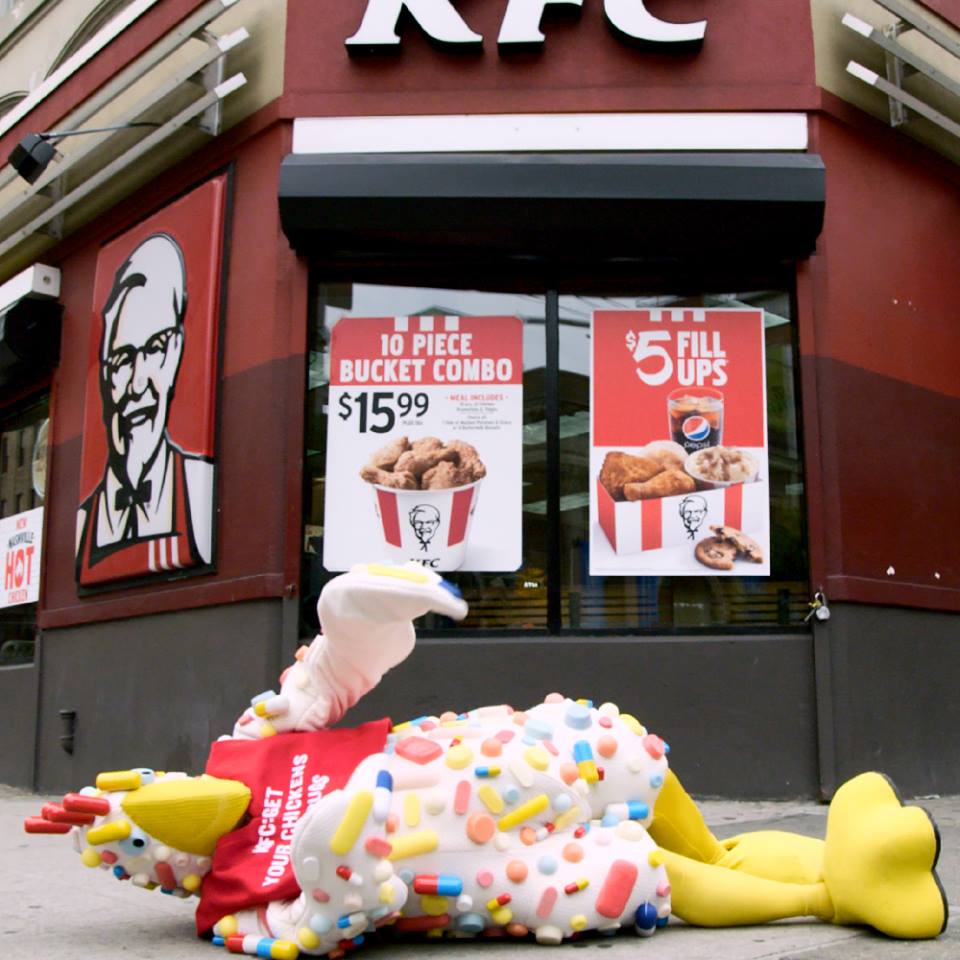 An NRDC activist uses a chicken costume to call attention to KFC’s use of animals raised with antibiotics.

Other industry leaders have already moved in that direction, including McDonald’s, Subway, and Chick-fil-A. KFC issued a written response: “Our position on antibiotics is currently being reviewed to determine the viability for our suppliers to go beyond the FDA guidelines for antibiotics usage.”

KFC wouldn’t provide the ReSource with any information regarding where they purchase chicken and many food companies protect information about where they buy or sell products.

Large fast food chains may also buy meat from more than one company, making it more difficult for a concerned consumer to make an informed choice.

Perdue did identify one partner: Chick-fil-A.

“They are very committed to [no antibiotics] and they’ve gone on record saying that,” said Perdue executive Christianson.

The U.S. is not the first country to tackle this problem, and the experience of one other country offers a lesson.

Denmark took action 20 years ago with a rule similar to the one the FDA just adopted. Karl Pedersen at the National Veterinary Institute in Copenhagen said the consumption of antibiotics on farms has decreased.

“Maybe the reasons for using these growth promoters were more on tradition, that there was really not the need for it that the industry had thought,” he said. 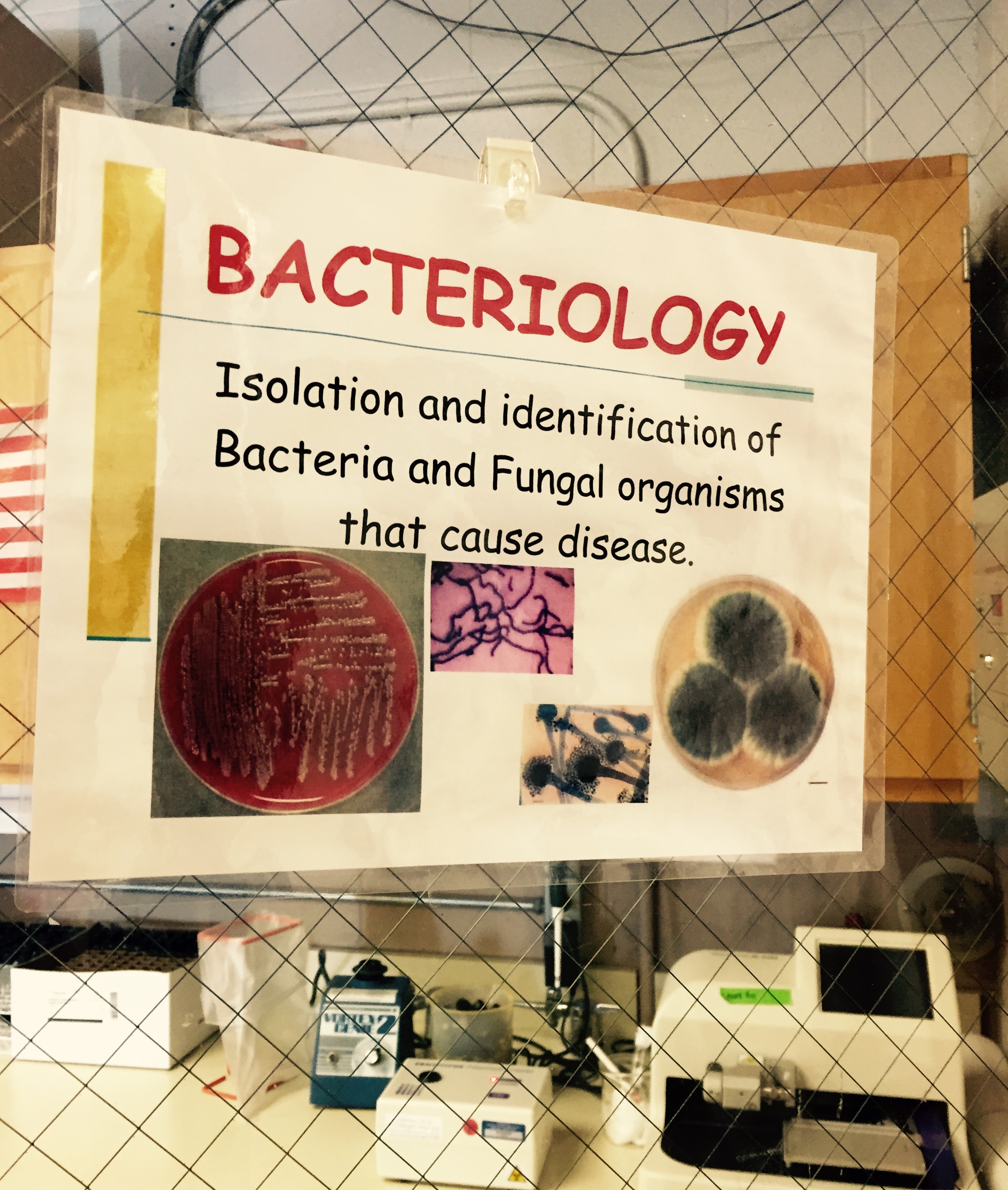 More than half the antibiotics used on livestock are drugs also used to treat people.

And the best news, Pedersen said, is that the prevalence of resistant bacteria has gone down in Denmark since that rule took effect.

Of course farms aren’t the only source of the problem. Over-prescription and improper use of antibiotics by people also contribute to resistant bacteria. So whether we’re doctors or patients, farmers or foodies, we all have a role to play in stopping superbugs.