Adams visited Florence, in northern Kentucky, for an event to encourage more people to get trained to administer the overdose-reversal drug naloxone. Dressed in a full, dark uniform with gold stripes on his sleeves, Adams demonstrated his technique with the potentially life-saving nasal spray.

“Let’s show them how this works,” he told a crowd of health officials and media.

Naloxone training can help address one deadly aspect of the opioid crisis. But Adams’ visit to the Northern Kentucky Health Department also highlighted another: the outbreak of needle borne disease unfolding in the region.

Since January, state and federal health officials have been tracking a growing cluster of more than 40 HIV cases in northern Kentucky associated with needle drug use. It’s the latest evidence of the Ohio Valley’s high risk of disease outbreak associated with the opioid crisis.

An analysis by the Centers for Disease Control found that of the country’s 200 counties at highest risk for HIV and Hepatitis C outbreaks from needle use, roughly half of the counties are in Kentucky, Ohio and West Virginia.

As Indiana’s Health Commissioner, Adams learned how critical is is to properly monitor and contain those outbreaks.

“One of the reasons surveillance is so important is because anyone can be the next Scott County, Indiana,” he said. 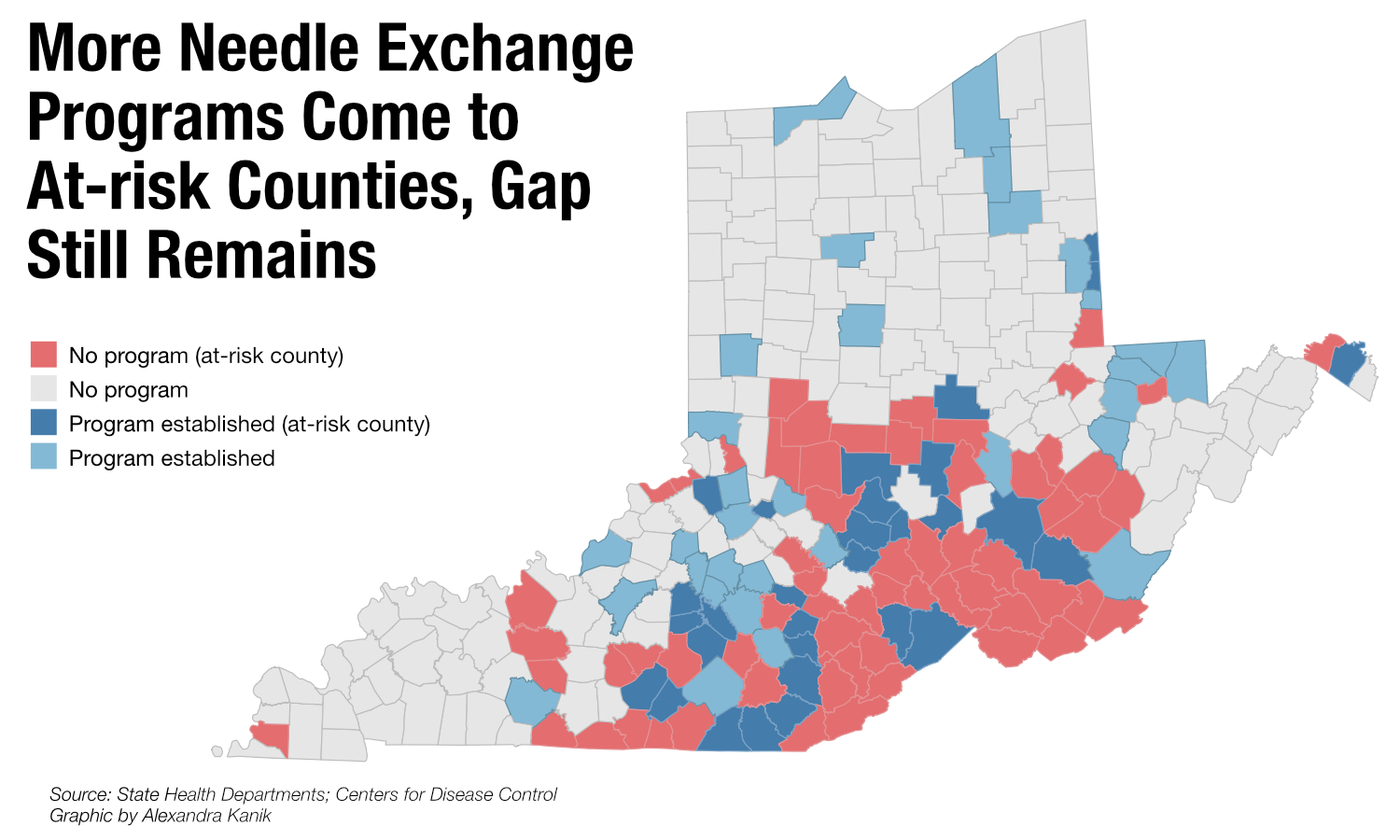 Scott County was the scene of a 2015 outbreak of more than 200 HIV cases discovered in just a few months in that small, rural community. Adams managed the response to that crisis. He said the lessons learned from the Scott County outbreak shaped how emerging clusters of HIV are now handled in rural communities.

Adams said it is important to show that needle exchange programs can do much more than the name implies.

“Actually connecting people to care, serving as a valuable touch point to insurance, to testing for other disease,” he said. “We will be much more successful than if they think we are just giving needles to people with a habit.”

He said the focus for health officials is shifting to disease prevention through community-based harm reduction programs.

“The most common theme that I see are partnerships,” he said. “You have to have support of the public safety community, the business community, and the faith-based community.”

During his visit, Adams met with local health experts including Ardis Hoven, a Kentucky doctor and a former president of the American Medical Association. Hoven said her state is at the epicenter of the problem and can continue to push for solutions.

“Kentucky has actually taken the lead in many of these areas,” she said. “We have much to be proud of, but the important thing is that there is so much work to be done.”

No New Home For Impounded Cars In Louisville

U of L Joins Global Network For Epidemiology Research