Trump To Talk Infrastructure In Ohio Valley, Where Investment Is Badly Needed

With a speech planned for Cincinnati’s Ohio River waterfront, President Donald Trump has chosen a fitting venue to talk about infrastructure improvements. The Ohio Valley is home to aging highways, bridges and dams, poor drinking water systems, and weak internet service for many rural residents.

A report from the American Society of Civil Engineers found that Kentucky, Ohio, and West Virginia need billions of dollars for improvements to drinking and wastewater systems and have more than 700 dams considered “high hazards.”

Trump’s focus on infrastructure has cheered regional development officials but his proposal to change how projects are funded is generating controversy.

Here’s a roundup of infrastructure needs in the region and what experts are saying about Trump’s plans.

The Ohio River is among the country’s busiest commercial waterways but its antiquated system of locks and dams frequently slows barge traffic. The Army Corp of Engineers is constructing the Olmsted Locks and Dam, a massive project in western Kentucky that should alleviate some of the worst bottlenecks. After decades of work the project is still years from completion and the price tag will likely top $3 billion. 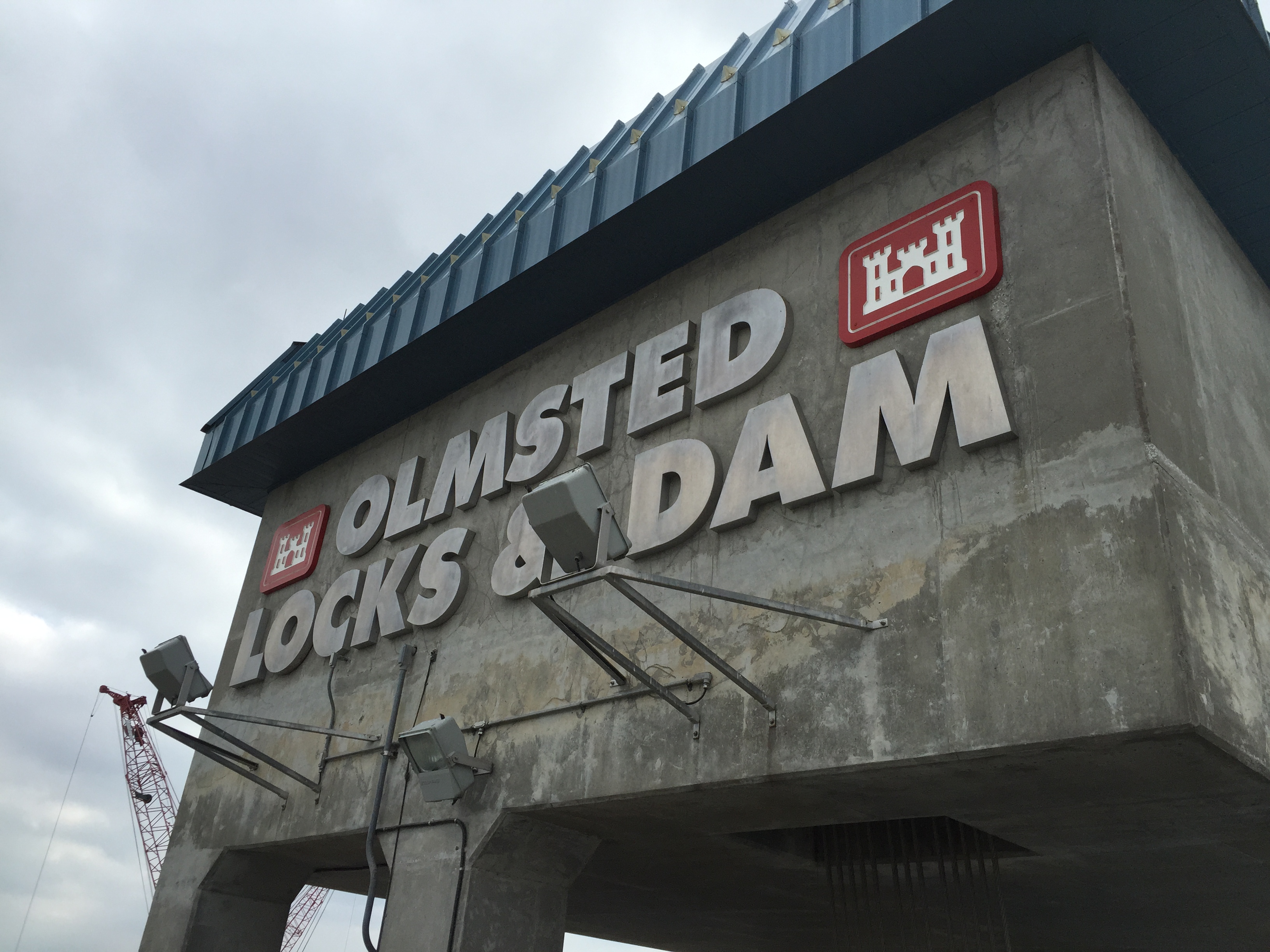 Olmsted is a multi-billion dollar fix for the Ohio, decades in the making.

Trump has expressed interest in more public-private partnerships as a way to fund infrastructure projects, and a White House fact sheet floated the idea of waterway tolls to pay for river structures.

Budget watchdog Steve Ellis, vice president of Taxpayers For Common Sense, called that a pleasant surprise. He would like to see users pick up more of the costs for big projects and for officials to focus on repairing systems that are already in place.

“We are already spending a good amount of money on infrastructure,” he said. “The question is, ‘Are we spending on the best, the highest priorities?’”

But Mike Toohey is skeptical about the president’s approach. Toohey is president of the Waterways Council, an organization advocating for inland waterways infrastructure. He said public-private partnerships and tolls may work for highways but probably not for waterways.

Toohey warned that shippers might switch instead to highways or rails, “putting Kentucky, Ohio manufacturers, agricultural producers at a disadvantage to those who make the same products elsewhere but are not on a waterway.”

Read “Ripple Effect,” the ReSource report on the Ohio’s aging system of locks and dams.

The American Society of Civil Engineers identified billions of dollars in needed investment in drinking water and wastewater systems in the Ohio Valley region and many of those in most need are rural communities.

Martin County, Kentucky, residents have struggled for years with tainted water and frequent service interruptions. On any given day in Martin County the water system loses more water to leaks than it delivers to paying customers through their faucets. The water system is under a state investigation for the third time since 2002.

“We drink nothing but bottled water,” Martin County resident Josie Delong said. “I even put bottled water in my kids’ bathroom when they brush their teeth.”

Further, poor wastewater treatment and persistent pollution from the region’s chemical manufacturing, mining, and power production add to the stress on some water systems.

For example, the toxic chemical once used in consumer products such as Teflon is still detected in some of the region’s water systems long after the chemical’s use was phased out. Scientists question whether the federal government’s current advisory levels for the chemical in water are sufficiently protective of health.

Government data and industry surveys show that roughly half of rural Americans lack access to high-speed, broadband internet that’s needed for many common uses. That’s true for about a quarter of the counties in the Ohio Valley, where a majority of the residents lack high-speed internet.

With the internet becoming more important for school, work, and everyday life, many disconnected rural communities see this as an existential threat. In rural Letcher County, Kentucky, Jamelia Lewis said she has lost job opportunities and fears her son is falling behind in school because their community lacks internet service.

“I feel like he’s getting left behind because he doesn’t have what he needs to get his education,” Lewis said, “and that’s not fair.”

Read “Without a Net,” the ReSource report on rural broadband service.

ReSource reporters Glynis Board and Benny Becker contributed to this story.

Here’s what to expect at the 2022 Kentucky State Fair

Louisville’s Own Triceratops statue gets ‘new lease on life’