The U.S. Capitol was the scene of chaos on Wednesday, as supporters of President Trump responded to his call to head to the complex and then breached it, leading to unprecedented violence in the seat of America’s federal government.

A woman was shot and killed during the assault on the Capitol, according to Washington, D.C., police. Her identity was not made public

A law enforcement official familiar with the investigation tells NPR’s Carrie Johnson that the alleged shooter of the woman was a senior Capitol Police officer, and that the woman who was killed was unarmed.

The insurrectionists interrupted proceedings in the House and Senate, as members of Congress were tallying President-elect Joe Biden’s Electoral College victory. The counting of the votes is normally a relatively pro forma session.

But for two months, Trump has falsely and continuously claimed the election was stolen from him, and dozens of fellow Republicans had planned to object to slates of electors from various states they considered contested. 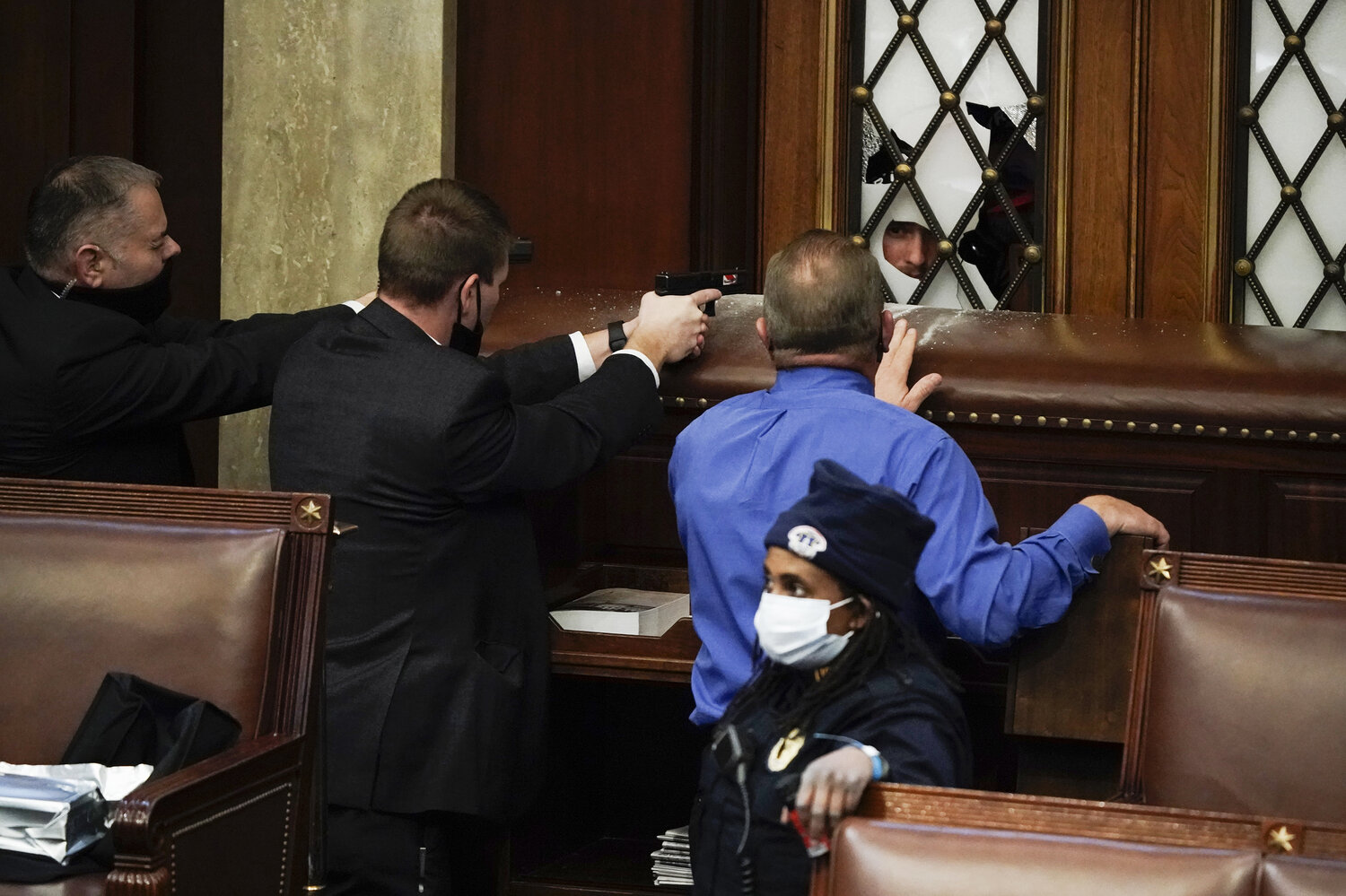 Police with guns drawn face off with protesters trying to break into the House chamber at the Capitol.

Lawmakers were debating an objection to Arizona’s results — a state Trump lost narrowly — when the sessions were recessed as the U.S. Capitol Police attempted to put the complex on lockdown.

Violent protesters were seen smashing windows and occupying the House and Senate floors and various offices. Police were seen with guns drawn in the House chamber, pointing their firearms at windows that were smashed.

People inside the building were told to shelter in place, and congressional leaders were taken offsite. Members of Congress were told that tear gas was being used in the Capitol rotunda and that they should get ready to put on masks on.

Trump urges peace but doubles down on election falsehoods

On Twitter, Trump asked people to remain peaceful. He then posted a video on social media, asking people to go home — but not before reiterating his baseless claims about the election being stolen and saying: “You’re very special.”

His response to the violence came just a few hours after a midday address to supporters outside the White House, in which he repeatedly denied the results of the election, claiming without evidence that it was rigged against his campaign.

“This election was stolen from you, from me, from the country,” he said in the earlier remarks. He also urged his supporters to head to the Capitol, adding: “You’ll never take back our country with weakness.” 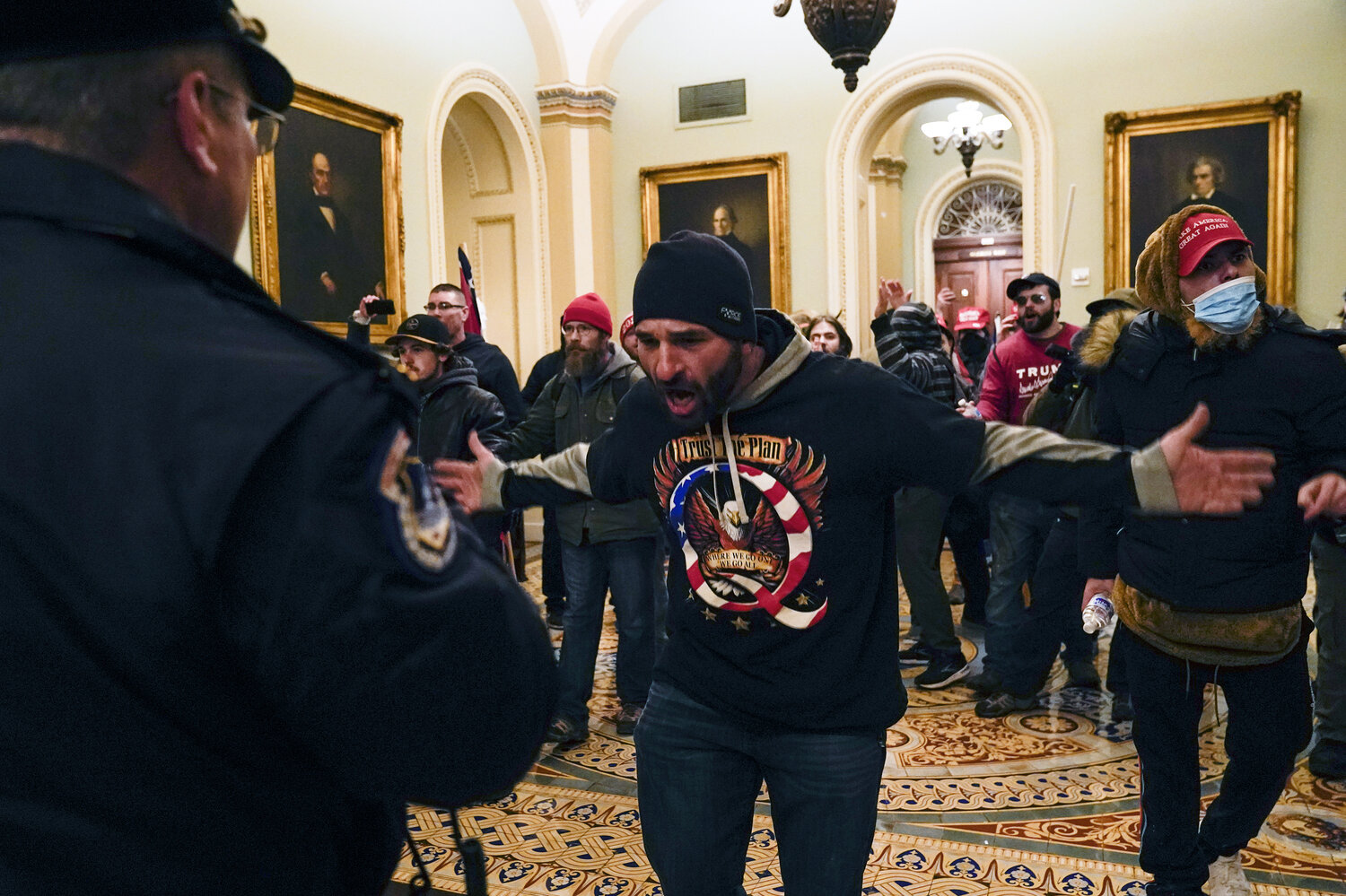 Protesters gesture to U.S. Capitol Police in the hallway outside of the Senate chamber inside the Capitol on Wednesday.

Vice President Pence more forcefully condemned the chaos, saying that the violence was an “attack on our Capitol” and tweeting that people involved must “immediately leave the building” and would be “prosecuted to the fullest extent of the law.”

Federal and local authorities scrambled to send forces to help secure the Capitol after it was overrun by the pro-Trump extremists. Reinforcements were also being deployed from the nearby states of Virginia, Maryland and New Jersey.

In a tweet, White House press secretary Kayleigh McEnany wrote that the National Guard had been called in at Trump’s direction. 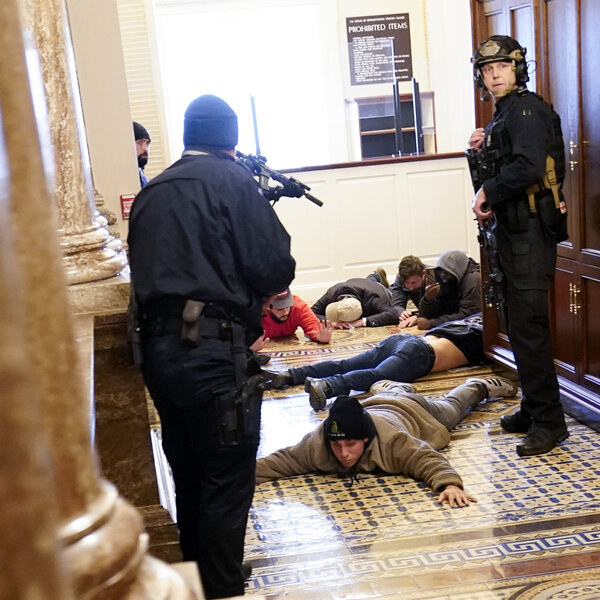 “We reiterate President Trump’s call against violence and to remain peaceful,” she wrote.

Law enforcement eventually gained control of the scene, ushering people out of the Capitol. The House Sergeant at Arms informed lawmakers and staff after 5 p.m. that the Capitol had been cleared.

Washington, D.C. instituted a 12-hour curfew that went into effect at 6 p.m. ET.

In mid-afternoon televised remarks, Biden called on Trump to “go on national television now to fulfill his oath and defend the Constitution and demand an end to this siege” at the Capitol.

“Let me be very clear,” Biden added, “the scenes of chaos at the Capitol do not reflect a true America, do not reflect who we are,” he said, calling the violent protesters a “small number of extremists dedicated to lawlessness.” 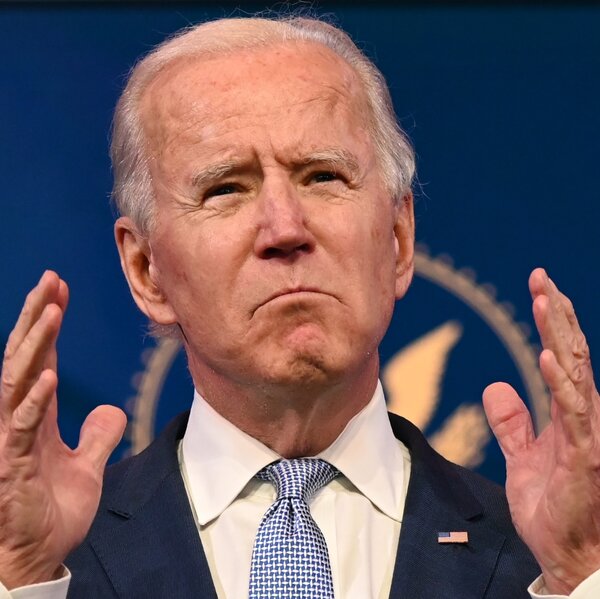 “It borders on sedition and it must end now,” Biden said. “It’s not protest; it’s insurrection.”

The events came as thousands of pro-Trump and far-right protesters congregated in downtown D.C. to contest the results of the presidential election.

Many Republicans, who spent the summer castigating the mostly peaceful protests against racial police violence, had previously encouraged demonstrations calling to overturn the election results.

But Republicans and Democrats blasted those who breached the Capitol, with many — including some in his own party — also blaming Trump for inciting the mob through his repeated claims of a stolen election.

“President Trump incited his followers to violence,” Sen. Dick Durbin, D-Ill., said. “They stormed the Capitol and stopped the House and Senate in session.” 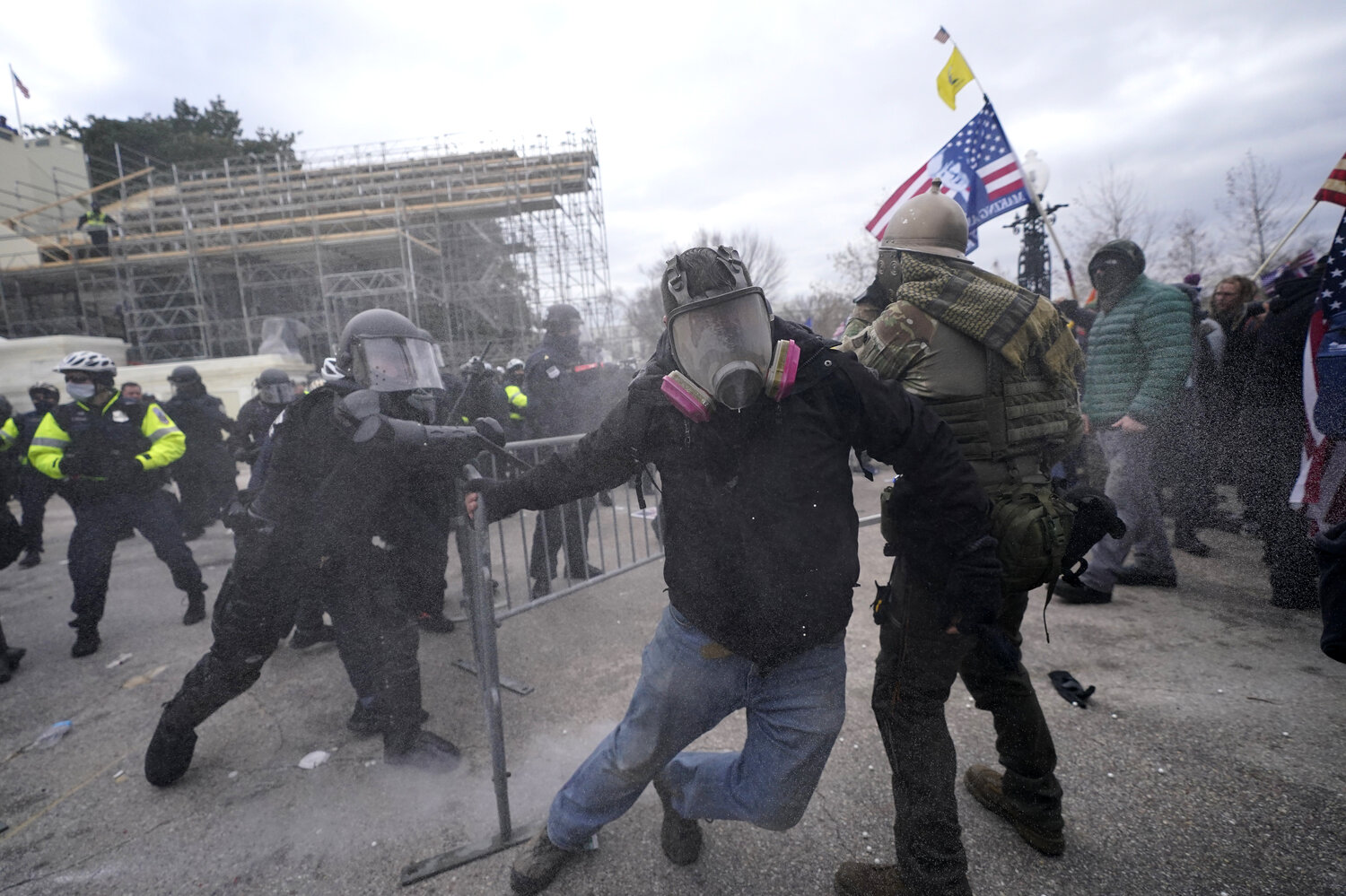 Trump supporters try to break through a police barrier during protests at the U.S. Capitol.

“The President bears responsibility for today’s events by promoting the unfounded conspiracy theories that have led to this point,” Sen. Richard Burr, R-N.C., said in a statement. “It is past time to accept the will of American voters and to allow our nation to move forward.”

Republican Sen. Mitt Romney of Utah, a frequent critic of Trump, described the breach of the U.S. Capitol as “an insurrection, incited by the president of the United States.”

Ben Sasse, a Republican senator from Nebraska, in a statement described the Capitol as being “ransacked while the leader of the free world cowered behind his keyboard.”

He continued: “Lies have consequences. This violence was the inevitable and ugly outcome of the President’s addiction to constantly stoking division.”

“This is banana republic crap that we’re watching happen right now,” Republican Rep. Mike Gallagher of Wisconsin said in a video message from lockdown in his congressional office. “This is the cost of countenancing an effort by Congress to overturn the election and telling thousands of people that there is a legitimate shot of overturning the election today, even though you know that is not true.

Despite the violent breach, congressional leaders were looking to continue the process of officially recognizing the results of the presidential election.

“Today, a shameful assault was made on our democracy,” House Speaker Nancy Pelosi, D-Calif., wrote in a letter to members. “It was anointed at the highest level off government. It cannot, however, deter us from our responsibility to validate the election of Joe Biden.”

A senior Senate aide told NPR the Senate is aiming to reconvene around 8 p.m. ET to continue the electoral vote count and “finish the work.”

Earlier Wednesday, Oregon Sen. Jeff Merkley, D-Ore., wrote on Twitter that the Electoral College ballots had been “rescued from the Senate floor. If our capable floor staff hadn’t grabbed them, they would have been burned by the mob.”

NPR’s Deirdre Walsh and Kelsey Snell contributed to this report.