Uncertainty Over EPA Grants That Sent $3.6B To Ohio Valley

One of the Trump administration’s first moves once in office was to freeze all grants issued by the U.S. Environmental Protection Agency. That move raised a lot of questions and a further directive limiting public statements from the EPA added to the confusion.

The freeze has since been lifted but the move brought attention to an overlooked part of the EPA’s work: a grants program that has pumped more than $3.6 billion into projects in Kentucky, Ohio and West Virginia over the past 20 years.

Of the $3.6 billion in EPA grants awarded to projects in the Ohio Valley region, almost half went to water infrastructure improvement projects. Those include Ohio’s Environmental Protection Agency, which offers low interest loans to public water utilities to fund improvements. 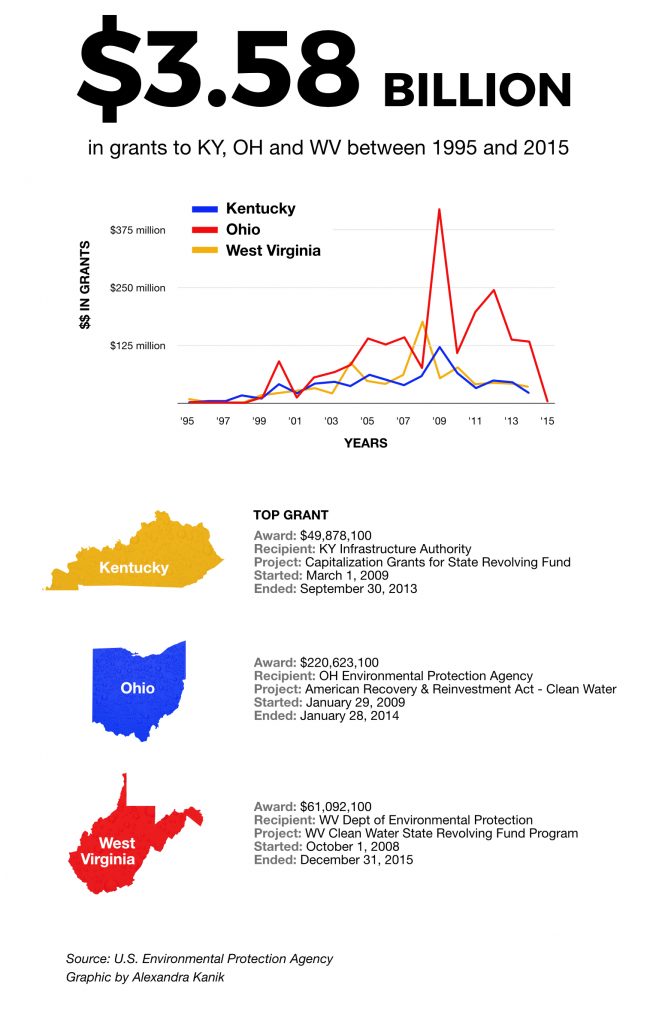 Explore grants to all U.S. states >>

Gail Brion, a professor and researcher at the University of Kentucky, once worked for the EPA. She explained that many states apply for grants so that they can make water infrastructure improvements and stay in compliance with state and federal water quality requirements.

EPA grants have also played a major role in dealing with the toxic legacy of the Ohio Valley’s long industrial history.

Patrick Ford is the executive director of the Brooke-Hancock Business Development Corporation in West Virginia’s northern panhandle. One of the major challenges his organization faces is securing the flat land that lines the Ohio River Valley. Ford says it’s mostly abandoned, contaminated mills – called brownfields – all along the Ohio River.

The Taylor factory in Chester, West Virginia, was one example. It sat empty and decaying for decades before BDC acquired it in 2012.

Ford says it took coordinating public, private, local, state and federal partners to navigate a path that led to demolition, remediation, and today, construction of the beginning of a new industrial park at the site along the Ohio River. 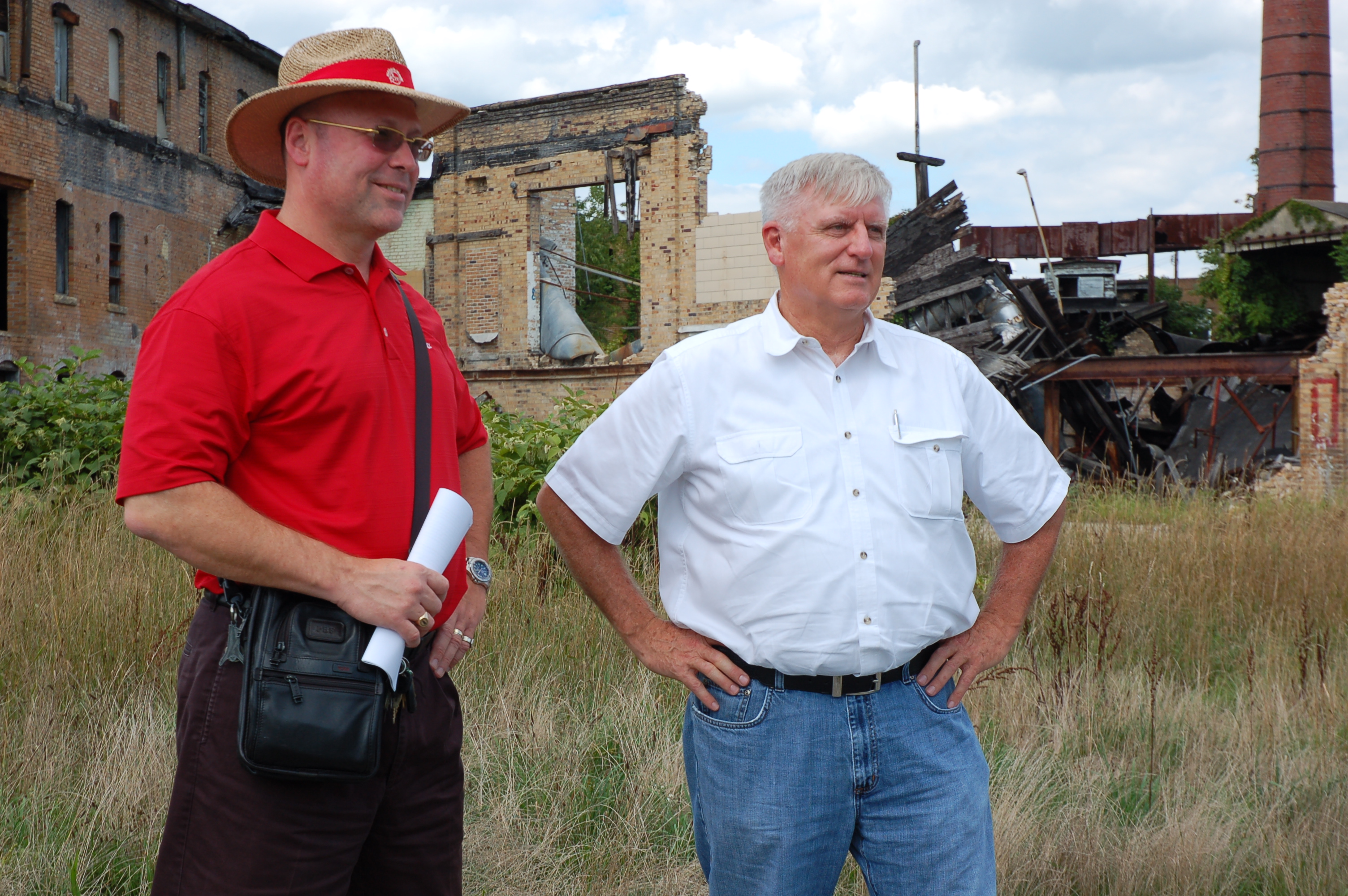 Patrick Ford (in red) and Assistant Director Marvin Six of the Brooke-Hancock Business Development Corporation at the abandoned and contaminated pottery plant in 2012.

To get to this point, BDC first had to demolish and remove the dilapidated remnants of the 80,000 square foot factory – which was laced with asbestos and lead. Then the soil, also contaminated with toxic chemicals, had to be trucked away. Finally, the river had to be dredged for pottery shards since, for decades, factory employees threw all the broken, lead-leaching pottery over the bank into the river.

Only then could phase one of construction of the Rocksprings Business Park begin.

Ford says similar funds have come from EPA through remediation programs to clean up industrial legacy pollution all through the Ohio Valley, funds that are used to leverage other investments. He says his region has seen $32 of private investment for every grant dollar received.

The Trump administration reported that cleanup funds would not be affected going forward.

The EPA also funds a lot of research and many scientists who apply for federal grants are worried. Including Gail Brion, a professor of civil engineering and environmental health at the University of Kentucky.

“It’s not a big amount of money, but it’s very closely targeted to things that I think are important –  the right to clean water, the right to a clean environment,” Brion said of her lab’s EPA-supported programs. “If that money doesn’t exist the data we have to make decisions on will be old data.” 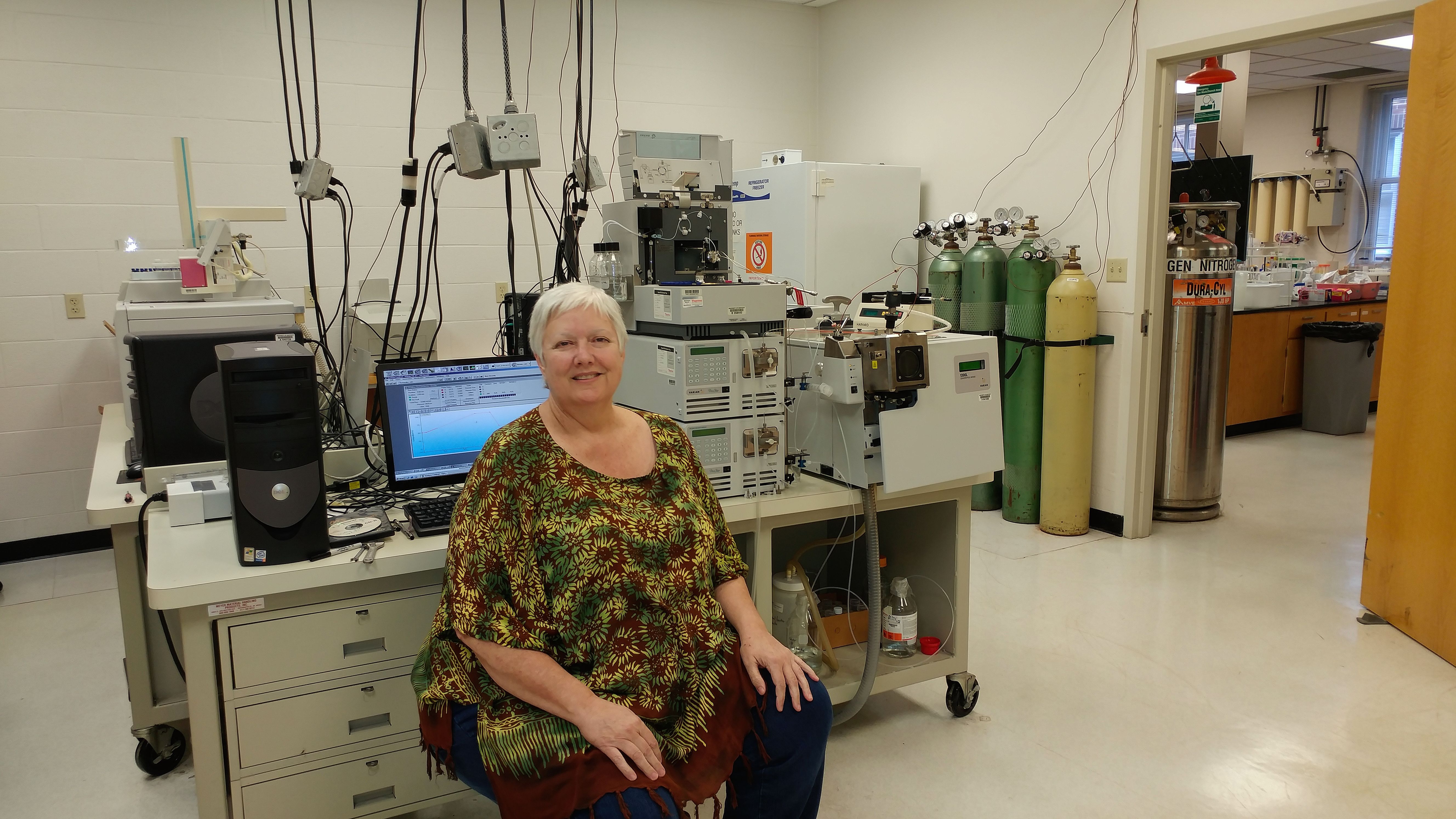 Gail Brion directs the Environmental Research and Training Laboratories at the University of Kentucky.

Brion was on staff when Ronald Reagan signed an executive order in 1981 that initiated the now-required cost-benefit analysis that comes with issuing environmental regulations. She refers to this time as the beginning of the “great dismantling” of the EPA.

“The great dismantling happened when we started mixing money with ethics,” Brion said in an interview with WMMT.

Brion remembers watching Reagan install administrators who thought federal regulations amounted to government overreach, and, as in Trump’s administration, the White House attempted to control the agency’s communications with the public. She said the result was that many “highly trained and regarded scientists” left the EPA.

“What I saw was a shift from the EPA being predominantly run by scientists to being run by policy analysts.”

Brion believes the EPA’s effectiveness ever since has been significantly curtailed and points to Flint, Michigan, and its water woes as evidence of a less effective agency.

A spokesperson from the EPA reports that the new administration’s review of the nearly $4 billion in grants the agency annually hands out is mostly complete, and that nothing has been delayed or cut. But this comes amid reports that the agency could face draconian funding cuts if the Trump transition team’s recommendations are implemented.

McGarvey to be lone Ky. Democrat in Congress