West Virginia is among the states beginning to loosen restrictions meant to reduce the spread of coronavirus, allowing for some non-essential businesses to reopen beginning this week.

On Monday, May 4, West Virginia entered the second week of Gov. Jim Justice’s six-week reopening plan, which he calls “the comeback.” During week two, businesses with fewer than 10 employees, salons and barber shops, dog grooming services, and outdoor dining restaurants are allowed to reopen. Churches and other places of worship are allowed to conduct funerals and other services with limited gathering sizes.

The coronavirus has taken a large toll on the economy, and while some West Virginia establishments are eager to reopen, others are still wary, fearing the resurgence of a second wave of COVID-19 infections in the state.

The hard choices West Virginia business owners are now facing will soon be shared by many in neighboring states, which are also slowly reopening. In Ohio, retail shops will be able to partially reopen on May 12. Beginning on May 20, Kentucky’s retailers will as well.

Projections for daily coronavirus cases and deaths have increased since states across the country have announced a variety of reopening plans. According to internal documents obtained by the New York Times, the Trump administration has increased its projected daily death toll by 70 percent, reflecting 3,000 daily deaths in the country beginning June 1. White House Deputy Press Secretary Judd Deere has denied the report.

For business owner Lori Whited in Boone County, those increased projections are enough to keep her doors closed, by choice. Whited owns The Boone Magnolia Boutique, a store that features clothes, housewares and accessories made by regional artisans. 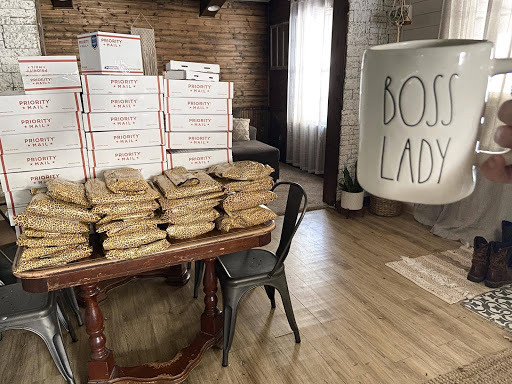 The Boone Magnolia Boutique prepares orders to be shipped.

“We’ve really taken a loss; some of my artisans cannot sell online or on a web page,” she said. “But, I do not want to risk exposing us to a lot of the people that would come in. A lot of our customers work in the health field, and they’re traveling from all over the state, in the tri-state area to come and see the store.”

Whited said she does not expect to open before July, adding that she would like to see if COVID-19 cases spike in the region after the six-week reopening plan in the state.

“I was prepared, you know, to be closed for at least three months,” she said.

In Charleston, the owners of the boutique Kin Ship Goods are also electing to keep its storefront shuttered, despite the economic toll the closure is taking.

The shop has furloughed its employees and owners Dan Davis and Hillary Harrison are not taking a salary. Harrison said she does not feel there is enough guidance from public health officials to protect her employees or customers if the store were to reopen.

“It doesn’t feel like there’s the protocols in place in the country yet,” she said. “There’s not testing or contact tracing in place, we would need to see the numbers here remain low and not increase once things start reopening.”

Wheeling-based restaurant Later Alligator is taking a similar approach. Despite being able to increase service to include outdoor seating, the eatery will remain carryout and delivery only for the time being.

“I’m not prepared to put our staff in more harm’s way in the name of dollars,” said spokesperson Mitchell Haddad.

However, not all businesses are prepared to remain closed voluntarily.

In Mercer County, the Heart Strings Gift Shop is hoping to open as soon as Wednesday, May 6, said co-owner Tammy Crews. The business is family-owned, but located inside the Princeton Community Hospital, so reopening is a more extensive process.

“We can’t just reopen our doors automatically because two-thirds of our business is coming from outside the hospital, not just from hospital employees,” Crews said. “We bring a lot of traffic to the hospital, which is not a bad thing under normal circumstances, but at this time, we’re trying to make arrangements to be able to service those people in other ways.”

But, Crews said even with curbside delivery and online orders, her business has taken a significant financial hit that is not sustainable. As soon as the hospital approves the reopening of the gift shop, Crews said she plans to open and practice social distancing guidelines with customers. 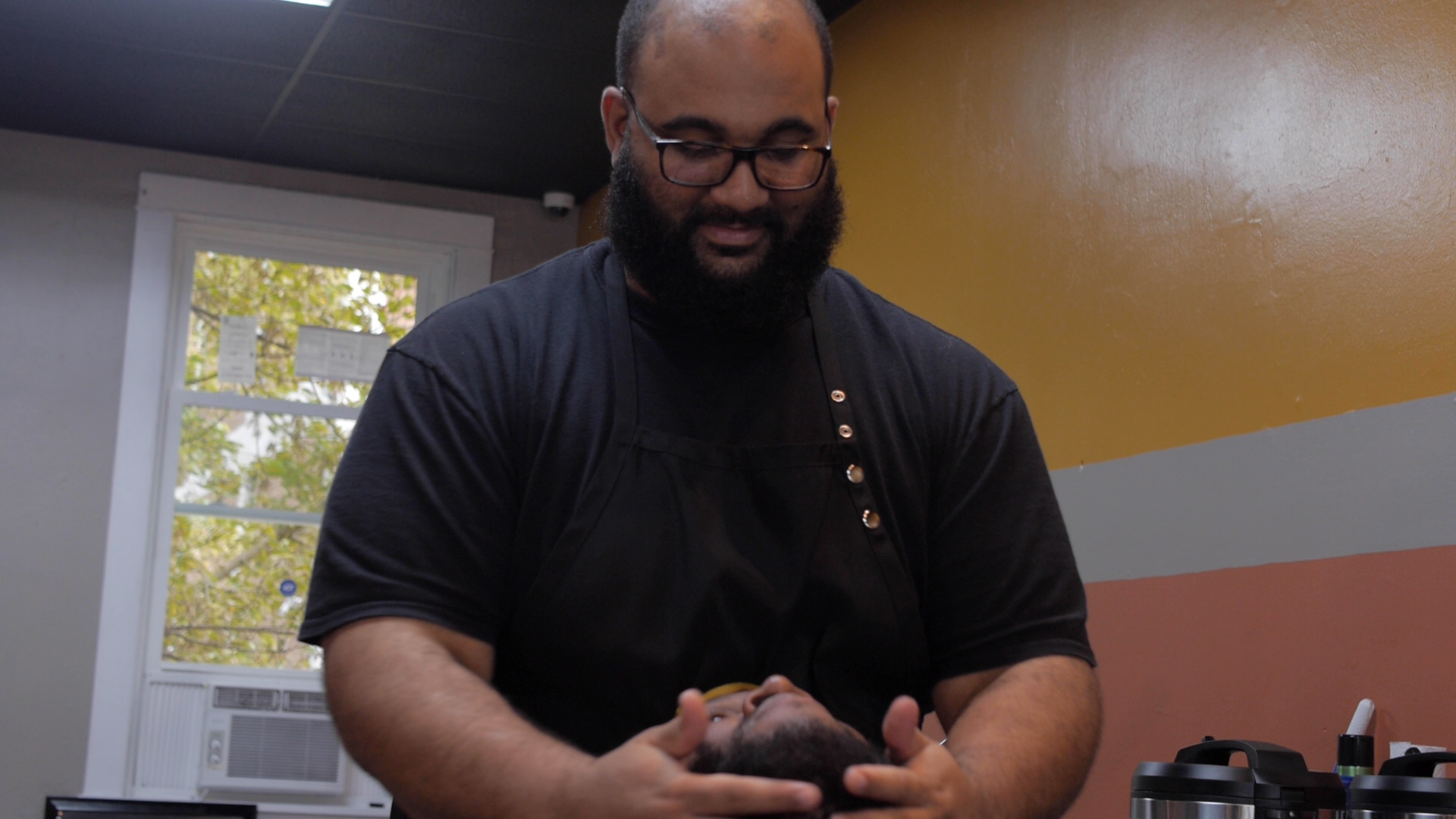 For Chad Stradwick, owner of Stradwick’s Fade Cave, reopening his barber shop in Wheeling is less a matter of choice, and more a matter of survival.

“Everyone is telling us that we need to social distance, however I need to work because I have not had income since March 18. I qualified for absolutely no financial help at all,“ Stradwick said.

Although Stradwick is reopening, he said he is taking certain precautions including only allowing one customer in his shop at a time and requiring his customers to wear masks.

He added that his major fear in reopening is the health of his family.

Stradwick said he would feel guilty if he got his immunocompromised wife and son sick, but felt that financially he had no choice but to return to work.

“Family safety is the most important thing. But my family has to eat, you know?” he said. “Do I want them to be safe, or I want them to eat? Like why should I have to choose that?”