In December, Kathy Fletcher, a lifelong Martin County, Kentucky, resident and mother, found her water was shut off. When it came back on, something was wrong with it. Fletcher remembers that after she showered, her skin and nails felt completely dried out. The water smelled acrid, like chemicals. For years, Fletcher has been frustrated by events like this — frequent main breaks and shutoffs, low pressure, smelly and discolored water — and to top it off, repeated rate increases from the Martin County Water District.

The district raised rates just a little more than two years ago, and now, the district has proposed yet another rate increase, this time an emergency increase of 12%.

“The timing is really bad,” Fletcher said in a phone conversation. Her neighbors, she said, were reeling from over a year of pandemic-induced insecurity in a county with a 34% poverty rate. 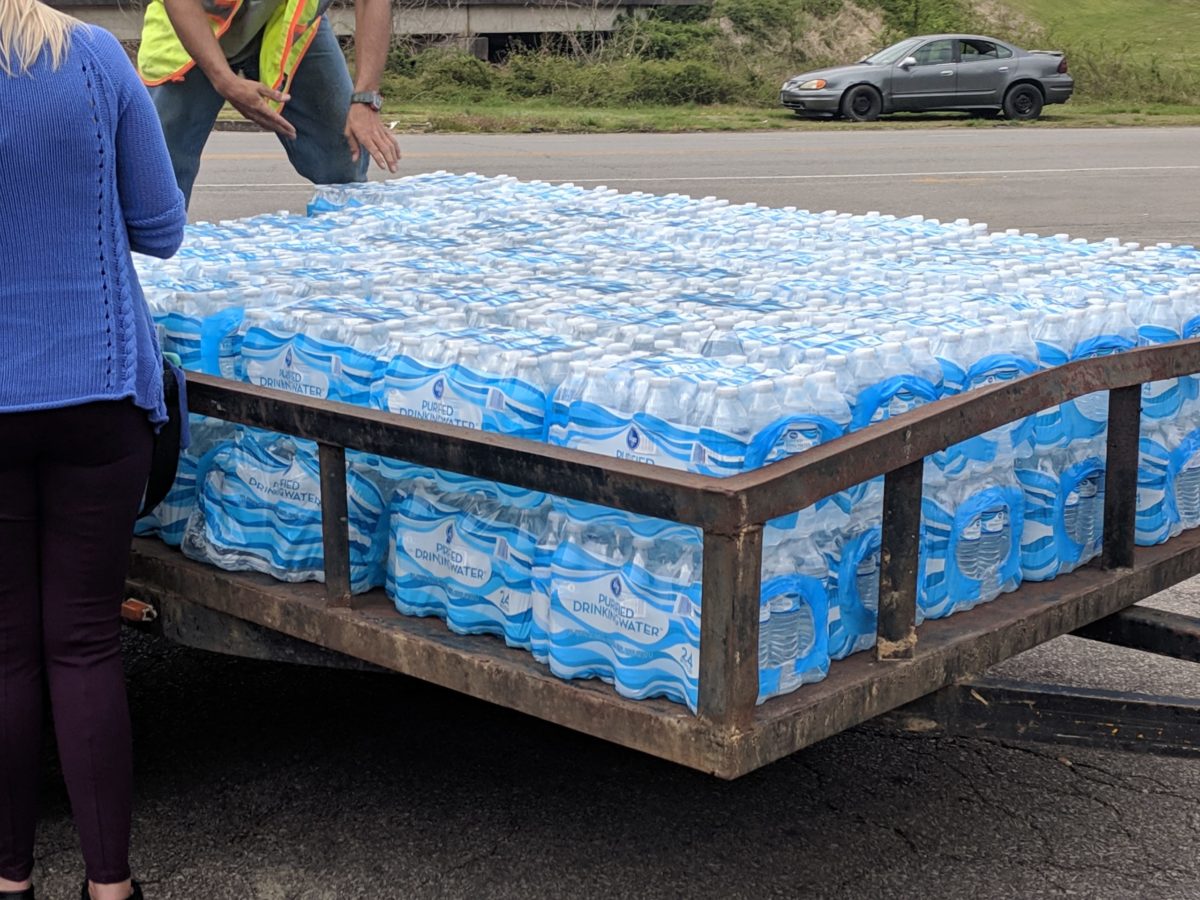 Martin County residents have described using 40 bottles of purchased water in a day.

Fletcher used to own a restaurant in downtown Inez, the Martin County seat. Years of increasingly high water bills, exacerbated by main breaks and shutoffs in 2017 and 2018, contributed to its closure, leaving her unemployed and raising her children on her husband’s disability check. Her family generally uses about a 40-pack of bottled water in two days, when they can afford it. Since living in Inez, she’s also racked up health costs from years of treatment for liver and stomach problems, which she also feels are water-related.

Martin County’s dilapidated water system, with its frequent main breaks and poor water quality, has received extensive news coverage since the Ohio Valley ReSource first reported on it four years ago. This is the county Lyndon Johnson visited to launch the War on Poverty, an extensive slate of social programs that has been compared to President Joe Biden’s ambitious plans. And Martin County may once again be the recipient of large-scale federal assistance. But community members and advocates say  their experiences have taught them that if federal funding is to finally solve their problems, there must also be a system to ensure that it will be well spent.

The new rate increase proposal follows a previous emergency rate increase of 26.5% granted to Martin County by the state’s Public Service Commission in 2018. If the new increase is approved, Martin County ratepayers will be paying more than double what they were four years ago.

For many water systems, rate hikes cover operating costs and state and federal grants or loans cover capital improvements — big projects, like new water tanks or pumps — that will help the system run better over time.

Martin County relies on a water system that dates to 1968.

Alliance Water, a private management company, took over the Martin County water district on January 1, 2020, a contract which costs the county $160,000 per month and added a surcharge on residents’ water bills. The move followed years of political turmoil in the county, including the resignation of the entire water board in 2017, and operations director Tony Sneed says one of his biggest hurdles has been gaining public trust. Federal funding has been allocated to the district through Abandoned Mine Lands reclamation programs and other grants in past years, but Sneed says the rate hike is still necessary.

“It doesn’t cover depreciation. It’s only saying, let’s be able to pay our bills each month,” Sneed said. He is hopeful that combined state and federal funding will solve some of the district’s structural problems. However, he said, the rate hike is actually far less than recommended by the state’s PSC. The recommended increase was around 50%. The water district currently runs about $50,000 in the red every month, and Sneed believes only increased rates will cover the deficit.

Martin County Concerned Citizens has been working for years to advocate for customers against what the group calls an untenable level of continued water rate increases. Last year, the group published a study that found rates had risen 40.5% since 2018, and that water was unaffordable for 45.8% of Martin County households. Mary Cromer, a lawyer with Appalachian Citizens’ Law Center, believes that rates could have risen at a more manageable rate over time, but didn’t, for fear of public retaliation. “It was a political decision,” she said. 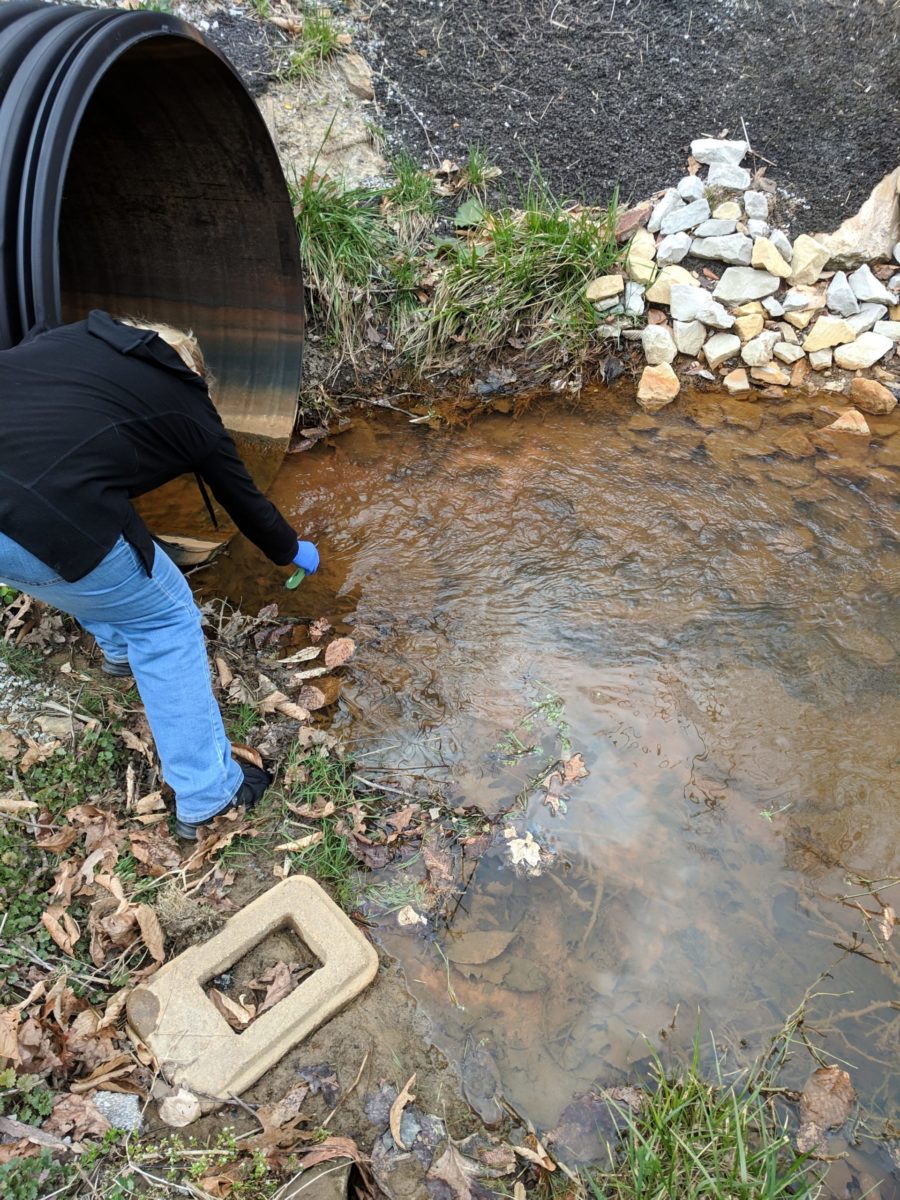 When the water district filed for the recent increase, Cromer intervened on behalf of ratepayers. In Pigeon Roost, a community not far from Inez, a small group met to discuss the issue in late April. The meeting was held outdoors due to COVID-19 concerns, and participants huddled against a bitter evening wind as Cromer and Nina McCoy of the citizens’ group handed out information.

McCoy and Cromer had compiled a list of state and federal grants based on what had been announced for support of the water system, which they compiled based on meetings with the Kentucky Division of Water, engineers, and the water district, totaling a little over $8 million. According to Cromer, that number includes $1.2 million from the Appalachian Regional Commission, $5.5 million from the Abandoned Mine Lands Fund, as well as some matching grants from the Army Corps of Engineers. However, of that total, only $2 million has been spent. Much of the money has been stalled, McCoy said, due to insufficient project funding. Some projects, such as water improvements to the local federal prison, are being funded for a second time, after previous iterations, Cromer said, were not completed properly.

Some residents say that financial mismanagement in Martin County goes back a long time, citing previous lack of oversight on the Martin County water board. McCoy is careful to look beyond stereotypes of corrupt, small-town politicians, though; her home county has long suffered from a lack of state investment, she said. Wealth has continually left Martin County in the form of coal extraction, and what returned was in the form of severance and property taxes. That revenue has declined sharply along with the lower coal production and employment in the region, but even some of the active mines have avoided paying taxes in recent years. In 2019, local businessman and mine operator Jim Booth owed the county $2.3 million in overdue taxes on the wealth his coal companies had accumulated there.

Large grant funding can help but they come with their own pitfalls. “If you’re not careful, you’re going to throw a lot of money at people who call themselves ‘job creators,’” McCoy said, referring to larger companies and wealthy individuals who promise the county their business. McCoy added  that with a federal infrastructure bill on the horizon, she hopes for investments in job training and worker pay, so that the work of water system maintenance can be done properly.

Plus, she said, Martin County might be a poster child for water woes, but it’s far from alone. 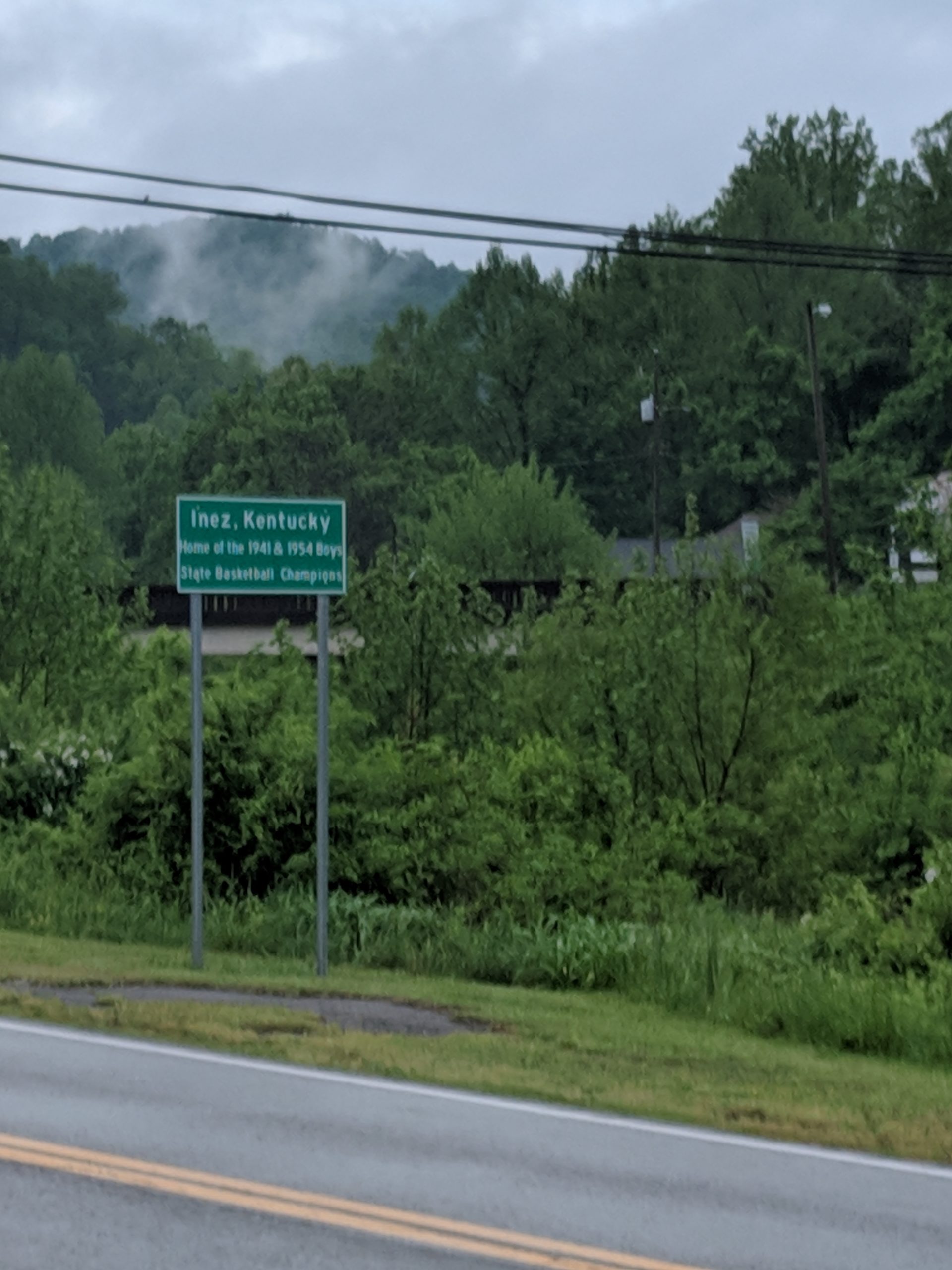 Rural water systems throughout the U.S. are facing a crisis, from Eastern Kentucky to storm-battered Texas. Though Martin County has once again become a poster child for hard times in eastern Kentucky, other counties in the region, such as Floyd and Breathitt, are also facing high rates of water loss and resulting rate increases, and water problems plague much of Appalachian coal country.

As a result, water infrastructure has become a legislative priority for the Biden administration, as well as for Kentucky Governor Andy Beshear. The U.S. Senate recently passed a $35 billion water bill by a wide, bipartisan margin. And rural water systems like Martin County’s may soon receive assistance from the Biden Administration’s proposed multi-trillion-dollar infrastructure bill.

The Biden administration is in negotiations with Congressional Republicans, and much of the proposal could still change. However, money from such legislation may be a long time coming, say local development agencies. Big Sandy Area Development District’s representatives, who may be responsible for disbursing funds, declined to comment, saying it’s simply too soon to say how federal funding will look.

“I‘ve learned over the years not to get too excited about those,” said Gary Larimore, executive director of the Kentucky Rural Water Association, referencing previous administrations’ dead-end attempts at large-scale infrastructure legislation. Larimore said it will take years of funding and construction to get rural water systems to where they need to be — and that for Kentucky alone, needed improvements are in the billions of dollars.

Cromer and McCoy believe the water system has unexplored options. In Cromer’s intervention letter to the Martin County water district, she asked that the water board consider applying for low-income utility bill assistance through the federal Low Income Household Water Assistance Program. She has also asked that the district consider alternative rate structures.

Martin Countian Kathy Fletcher said she understands, on a certain level, why the rate increase is needed, but without marked improvement since the last rate increase, it’s hard to fully appreciate. “The price of every single thing has gone up,” she said. “If you work a minimum wage job, you still don’t have enough to pay all your bills and you’re lucky to have money to buy food.” And in Martin County, many available jobs are minimum wage — dollar stores, gas stations, and other service work. The water system’s problems are urgent, but so is day-to-day survival. Should federal funding become available, Fletcher hopes it will take some of the burden off her and her neighbors to recoup the costs of maintenance.

“It’s not our fault that it wasn’t properly maintained,” Fletcher said.

A PSC hearing for the rate increase is scheduled for May 27.